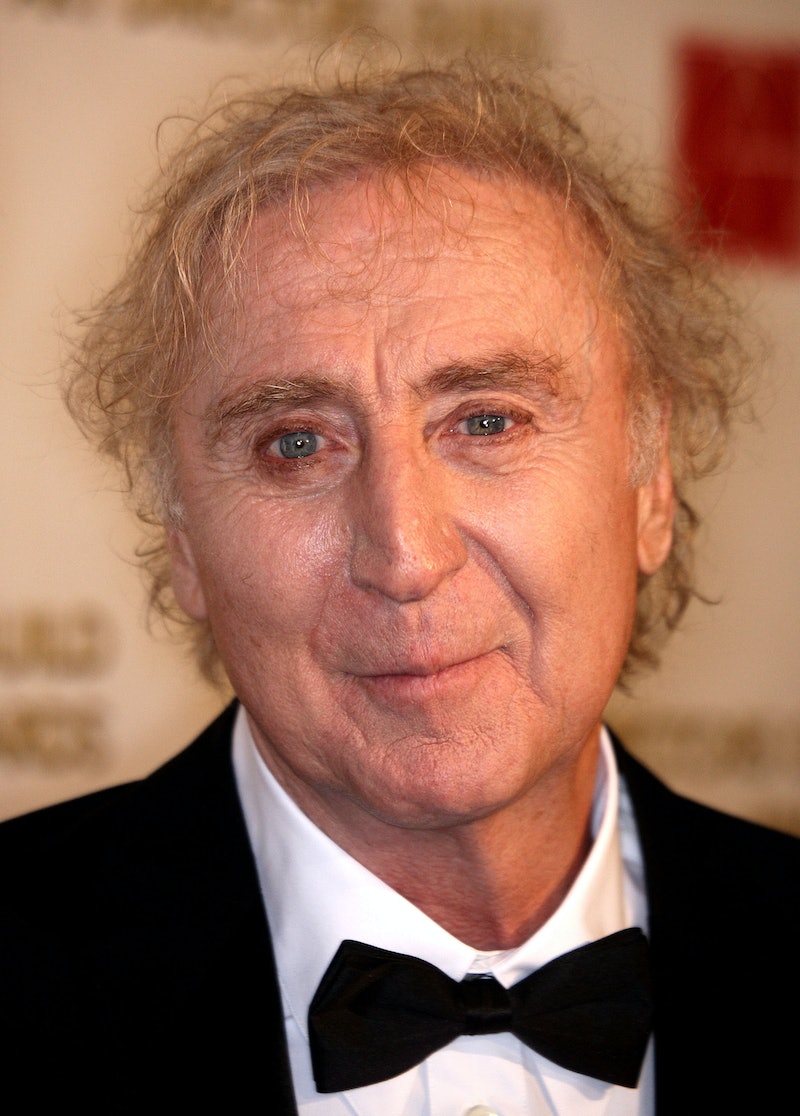 Another celebrity has tragically passed, adding a bit more sadness to our world. It's with a heavy heart I'm writing the following: Willy Wonka star Gene Wilder has passed away at age 83. The comedy legend has a career spanning more than 50 years. Aside from his most famous roles as Willy Wonka and Young Frankenstein, Wilder was the face of films like The Producers, Blazing Saddles and The Adventures of Sherlock Holmes' Smarter Brother. Wilder was an undeniable icon in Hollywood. Know for his wit and boundary-pushing characters, it was easy to laugh at and with him. In this tragic moment, you may want to revisit Wilder's last appearance onscreen. But where can you see an older Wilder still whooping it up on camera? The answer may surprise you.

You may know his from his role in Willy Wonka, but there's a chance you may not be familiar with his later work. Surprisingly, Wilder's acting work lessened as time marched on. His most prolific period was definitely the 1970s, with roles in films moving to a supporting arena and in lesser quantity through the '80s and '90s. In fact, his last two roles were guest appearances. Wilder partook in the sitcom Will & Grace as well as the children's show Yo Gabba Gabba.

You can only track down Wilder's Will & Grace work on YouTube (delight in the above clip at your leisure) and in small clips. His final appearances were light-hearted, fun, and simply joyous. It appears that if you're jonesing to see his work on Yo Gabba Gabba, you may have to invest in buying the DVDs. But, if either of those small guest roles don't quite satisfy the Wilder-sized hole in your heart, you need to see his interviews he gave in later years. Here is a conversation Wilder had with film historian and critic Robert Osborne. It's amusing and illuminating in equal measure and may help take the sting out of the loss of Wilder.