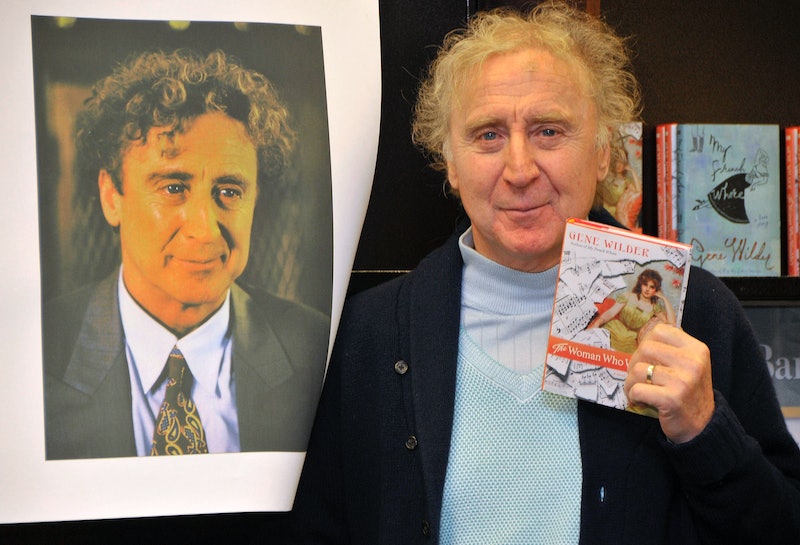 If it wasn't for the comedic performances of Gene Wilder, the landscape of comedy might look very different today. Wilder was a major force in American cinema, and I think we can all agree that we will remember him as such. The one intriguing thing about Wilder is that he himself claims that he was never much of a comedic actor. In a interview with film historian Robert Osborne, Wilder stated that one of the biggest misconceptions people had about him was that he was an ostensibly natural comic; Wilder claimed precisely the opposite. "I make my wife laugh once or twice [...] but when people see me in a movie and if it's funny, then they stop and say things to me about how funny [I am]. But I don't think I'm that funny." To hear Wilder make this claim, especially later in his life, when his body of work firmly confirms that he is roundly a comedic actor is surprising. Wilder's natural gift for portraying eccentric or goofy characters with a grounded mindset and broad strokes of dry humor is what makes his work in films like Willy Wonka and the Chocolate Factory and The Young Frankenstein so memorable.

It's Wilder's work in the '70s with director Mel Brooks that places him at the height of his comedic power. It's during this time period and work with Brooks that Wilder made eccentricity and an inclination for the neurotic seem amusing. In a Time magazine interview in 1970, Wilder stated that “[m]y quiet exterior used to be a mask for hysteria. After seven years of analysis, it just became a habit.”

One could argue that it was Wilder's ability to make the histrionic side of comedy digestible, approachable, and comfortably laughable. Wilder wasn't going around telling knock-knock jokes. Instead, Wilder would impart sarcasm on his quips, dry humor whenever the opportunity arose and, would never miss the chance to get loud or overtly theatrical in his movements. Simply put, you know Wilder-style comedy when you see it.

If it weren't for Wilder, we might not have film comedians like Will Ferrell (namely in Step Brothers), Vince Vaughn (specifically Wedding Crashers and Mr. & Mrs. Smith) or Ben Stiller (think Heavyweights and Dodgeball: A True Underdog Story). These men, while probably not consciously carrying on in Wilder's tradition, enjoying the boundaries of comedy that were pushed open in part by Wilder. The ability to play eccentric, sharp, sarcastic or hilariously melodramatic men of a specifically eccentric ilk were first played by comedic actors like Wilder and Peter Sellers. Sure, these kinds of characters existed in theater and film long before Wilder came on the scene. Yet it's Wilder, a man whose brand of comedy was shaped and made popular in American cinema of the '70s (widely considered another golden age for Hollywood), who stands as a comedic icon because of his comedic timing and characterizations.

Think I'm telling a tale tale or two? Then just watch Wilder at work in Willy Wonka (try saying that five times fast, why dontcha) and see for yourself why he will forever be remembered as one of the greats.