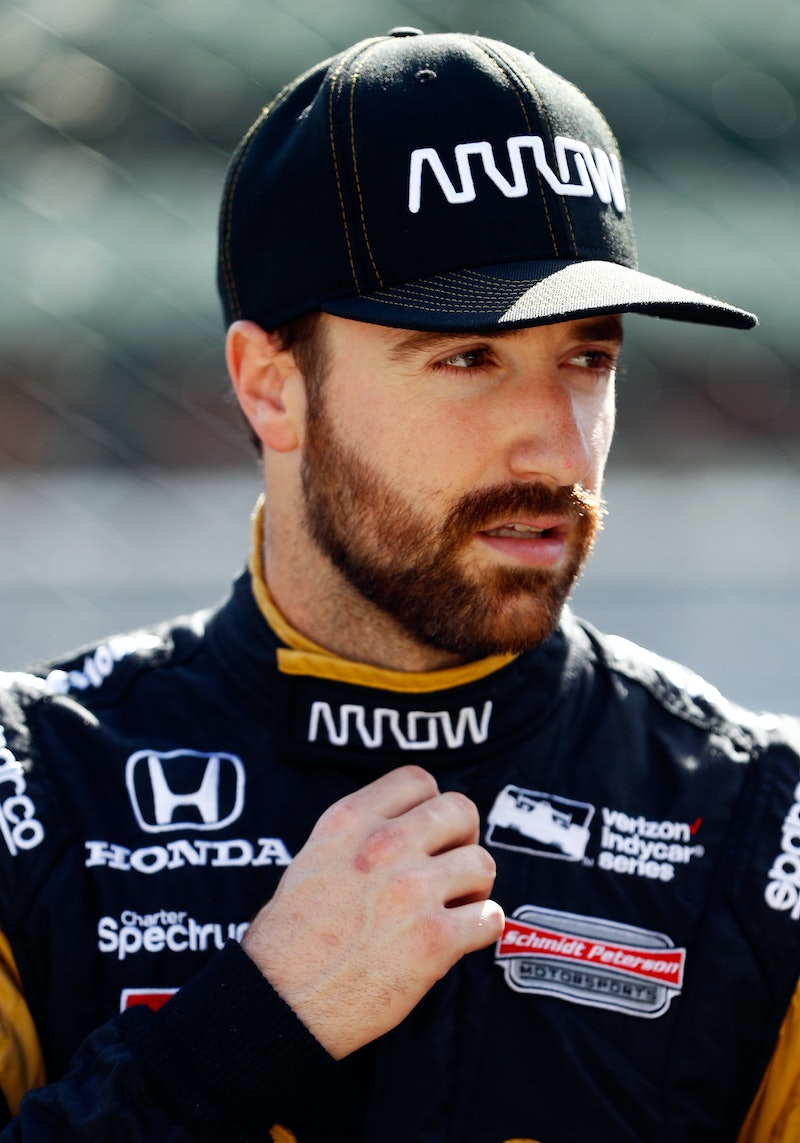 It's that time of year, y'all! After rumors and speculation, the cast of Dancing With The Stars Season 23 has been released. Naturally there are some very big names on the list, but there are also some "stars" that haven't yet shone as brightly as the others to the general public. This season, one name that caused me to stop in my tracks was DWTS cast member James Hinchcliffe.

As is customary for Dancing With The Stars, there is usually a young, lesser known athlete or sportsman on the show. I assume this is to grab a diverse demographic and to also give the person a bigger platform. And this year, we get Hinchcliffe, who is a professional race car driver. Now, that's pretty sweet if you ask me.

In fact, 29-year-old Hinchcliffe is not the first IndyCar driver to compete on DWTS. Some might remember Season 5's Helio Castroneves, a Brazilian driver, who won the entire competition with partner Julianne Hough. In Season 23, Hinchcliffe is paired with Sharna Burgess and has just as big a chance to take home the gold mirrorball, so here are some things to know about him before the season gets started.

He Is A Driver For IndyCar Series

Hinchcliffe was born in Ontario, Canada and began his career in racing way back in 2003. In 2011, he was named 2011 Verizon IndyCar series' Rookie of the Year and in 2012, according to USA Today, Hinchcliffe replaced Danica Patrick as the driver of the Andretti Autosport GoDaddy car.

He's Been On The DWTS Set Before

It looks like he already knows what goes into being on DWTS and he was excited about it.

He Has Schmoozed With Stars

I think he will fit in with the other stars very quickly.

He Has Support From A Previous Winner

Castroneves has already voiced his support over social media, so maybe fans can expect a cameo from the Season 5 winner. Maybe a joint race car driver routine with Burgess and Hough?

He Is A Survivor

Hinchcliffe was involved in near-fatal crash during a race in May 2015. According to an interview with Time, his doctors told him that, at more than 200 mph, he survived the highest-impact crash ever recorded in Indy history, but he was back in a race car after only four months.

Looks like Hinchcliffe has all the ingredients to be a strong contender on the Dancing With The Stars stage!