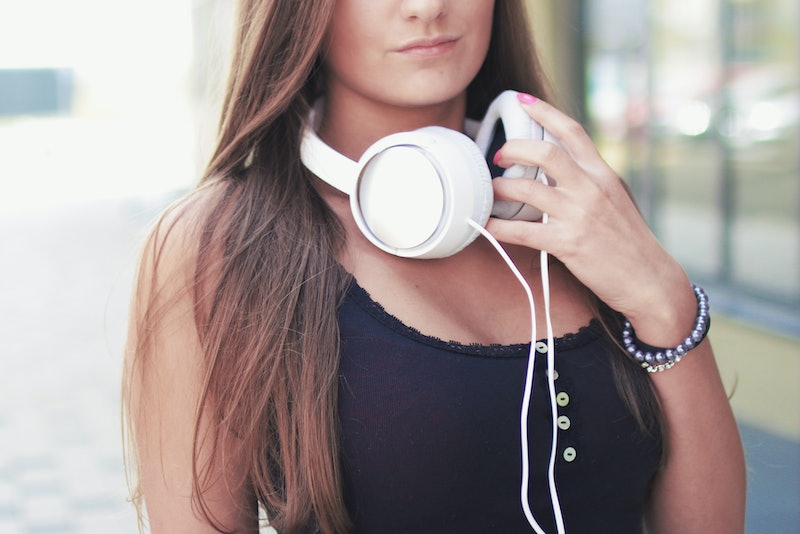 When someone is wearing headphones on the street, most people recognize those headphones as a universal symbol for “Don’t bother me” (unless, MAYBE, there is a fire or zombie swarm). But a blog post from “dating expert” Dan Bacon titled, “How To Talk To a Woman Who Is Wearing Headphones” explains how to do just that. Though you might think that the answer to the question “How do I talk to a woman wearing headphones?” is “DON’T,” Bacon reveals that what you should really do is approach said woman, bother her until she removes her headphones, and then make sparkling conversation, at which point she will, apparently, be thrilled to interrupt her day to talk to a random stranger. (Yeah, I don’t believe it either.) Although the post reeks of cluelessness and entitlement, one good thing that has come out of it is a barrage of hilarious tweets from people who get the simple rule that if someone — male or female — is wearing headphones in public, they don’t want to talk.

Bacon wrote the original article as part of a blog called “The Modern Man,” which purports to teach readers “How to make women feel INTENSE attraction for you...even if you're not tall, rich or handsome.” Apparently, the key is to bother women with headphones. In the article, Bacon admits, “Of course, not all women are open to being approached because not all women are single and looking.” But he adds,

However, if a woman wearing headphones is single and hoping to meet a boyfriend (or even a new lover), she will usually be happy to take off her headphones to give you an opportunity to create a spark with her.

He even gives a step-by-step guide to getting a woman’s attention, despite her clear indication that she is already occupied:

2. Have a confident, easy-going smile.

3. If she hasn’t already looked up at you, simply get her attention with a wave of your hand. Wave your hand in her direct line of vision so she can see it.

Um, I pretty sure she understands that you want her to take off her headphones, dude. She just doesn’t want to do it.

Bacon also offers a handy script of how this will all go down:

You: [Smile in a friendly, confident manner] Hey – I know it’s not normal for people to talk to someone with headphones in, but I was walking along and saw you and thought – wow, she’s hot, I have to come over and say hi. I’m Dan, what’s your name?

You: [Add in some humor to get her smiling and create a spark between you] Cool…nice to meet you Jessica. I don’t normally talk to girls with headphones, but your big green headphones were just calling out to me.

Woman: [Most likely laughing, smiling and enjoying the interaction].

Is she, though? Is she really? Many skeptics of the “Pick up a chick by assuming that what you have to say is more important than what she is listening to” method of dating have taken to Twitter to express their own thoughts about interrupting women with headphones. Their tweets are delightful, glittering gems of sarcasm and outrage:

There are a few legit ways for someone to talk to a girl wearing headphones, as explained by a few helpful Twitter users:

And that's it. Under no other circumstances, barring apocalyptic catastrophe, should you talk to a woman — or a man — who is wearing headphones in public. Just think of them as giant "Do Not Disturb" signs that also happen to play music.