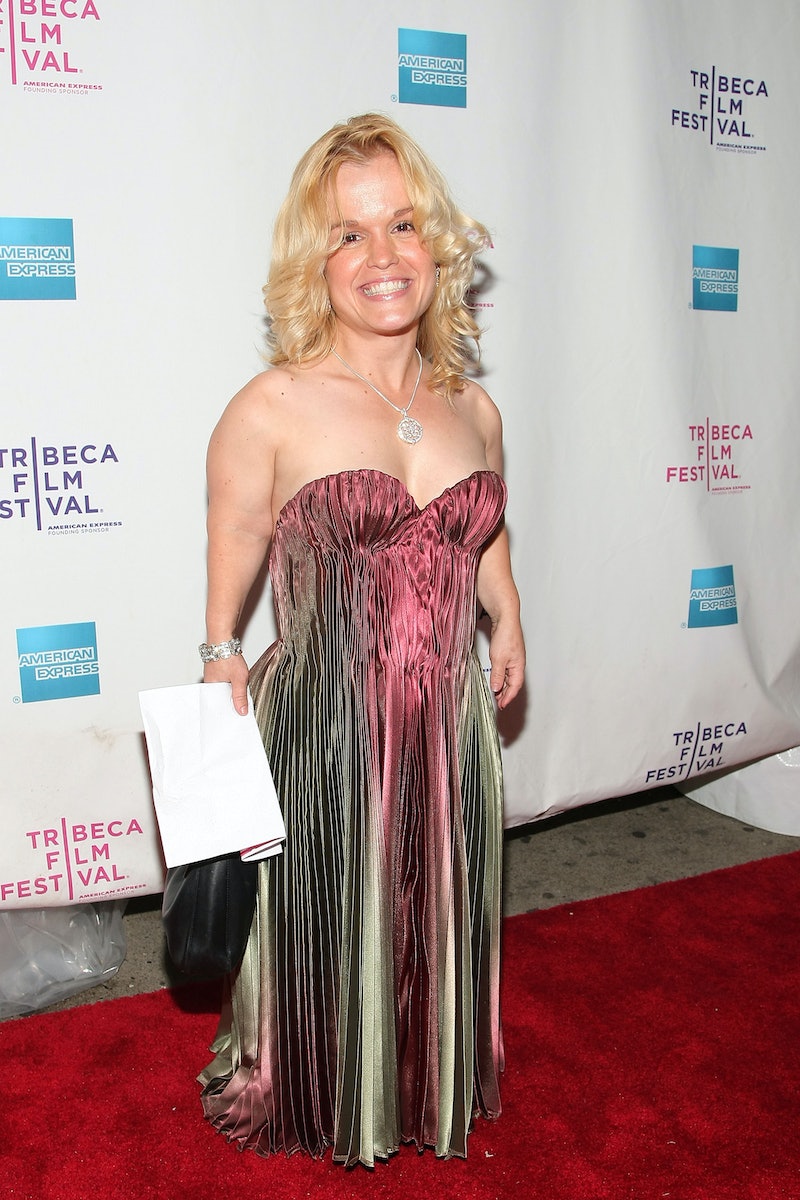 Fall is finally on its way, and the only thing it's bringing that's better than pumpkin spice flavored everything is the season premieres of some of my favorite TV shows. News about the upcoming season is all over the place right now, and on Tuesday, ABC released the full cast list for Dancing With The Stars Season 23. Like always, there are a few celebs I'm excited to see hit the dance floor, like Amber Rose, who you just know is going to be entertaining. And looking at the list, there are also a couple of names I don't recognize, so if you're wondering, "who is Terra Jolé?" you're definitely not alone.

But if you think you recognize her from another reality show, you're right! Jolé is one of the stars of Little Women: LA, which means she won't be shy around all those DWTS cameras. This season, she's been partnered with Sasha Farber, and since she's already super active on Instagram, it seems like she'll be documenting the process from start to finish.

Here's everything you need to know about Jolé before she starts competing for the coveted mirror ball trophy when Dancing With The Stars premieres September 12:

Not only has Jolé starred on Little Women, but she's also scored her own spinoff, Terra's Little Family.

She Has Two Kids

And they are the cutest! Her first, Penelope, is just over a year old, and in early August, Jolé welcomed her second child, Grayson. That means she's starting intense DWTS training — which is notoriously difficult for just about anyone — only a month after giving birth. Um, super woman much?

She & Her Husband Are Adorable

Jolé and husband Joe Gnoffo tied the knot last year, and the photos Jolé shares of the two of them on Instagram are so precious. I don't doubt that he'll be in the audience, cheering her on... and doing double dad duty at home while she's busy trying to win the competition. Just look how cute these two are!

It's called Mini Mama, and she uses it to share videos of her family and tutorials for other moms. Jolé already has more than 7,000 subscribers, which isn't too shabby!

So if you're rooting for Jolé this season, send her a tweet. Chances are she'll write back!

As a new mom, DWTS is definitely going to be a challenge for Jolé. But from what I've seen of her so far, I don't doubt that she's up for it!