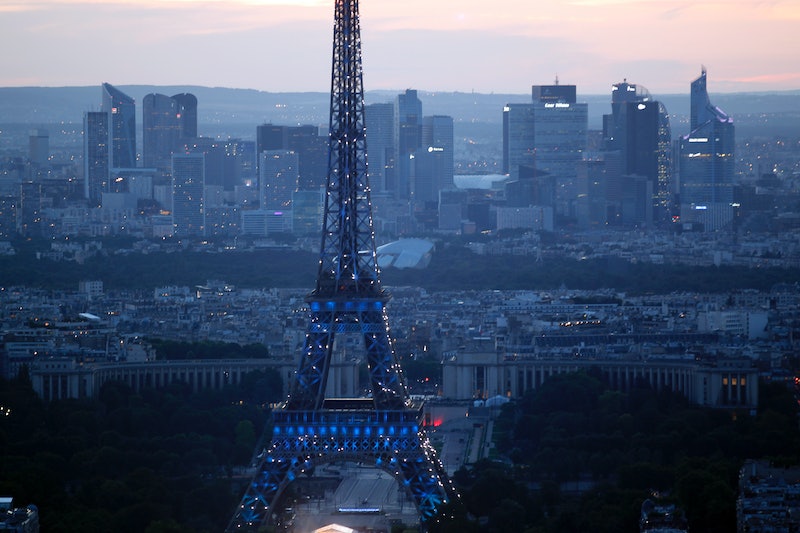 Ever wanted to go to Paris? Well, you could save big on transport costs if you go this weekend... although the views might not be worth much. For the next few days, the French government is providing free public transit throughout Paris, so to combat a recent surge of thick air pollution. From Friday until Sunday, the government is picking up the tab for buses, trains, subways, bike shares, as well as one-hour electric car shares.

This is all in the hopes of alleviating a really awful level of smog in the normally picturesque French capitol, a cloud of air pollution recorded as being similar to that of Beijing, China — one of the world's most infamously polluted cities.

The cause of the spike in pollution is a result of unseasonably warm daytimes and very cool, low nighttime temperatures. France normally relies on oceanic winds and rains to sweep and disperse the smog away, but recently not enough of those winds have been blowing.

Paris is a very populous city relative to Europe as a whole, and the degree of the pollution situation there isn't being viewed just as a momentary inconvenience — the French government is urging health caution. Jean-Paul Huchon, chief of Paris' transit authority, is asking "all residents in Paris and neighboring areas to favor the use of public transport," urging young children, the elderly, and people with asthma or cardiovascular issues to stay indoors until conditions improve.

It's a troubling situation. The popular image of Paris — of picturesque sights, city streets, and sweeping romances — usually doesn't include wheezing through the murky, yellow haze that now drifts overhead. As anyone who visited or lived in Los Angeles in the 80s and 90s knows full well, a severely high level of pollution isn't something to be laughed off or ignored — huffing through smoggy air is an extremely caustic and disgusting experience, especially for those with health issues.

The problem isn't limited just to metropolitan Paris, either. The pollution has drifted throughout the northern and eastern parts of the country — a number of other cities, including Caen, Reims, and Rouen will be following suit with public transit free of charge until Sunday.