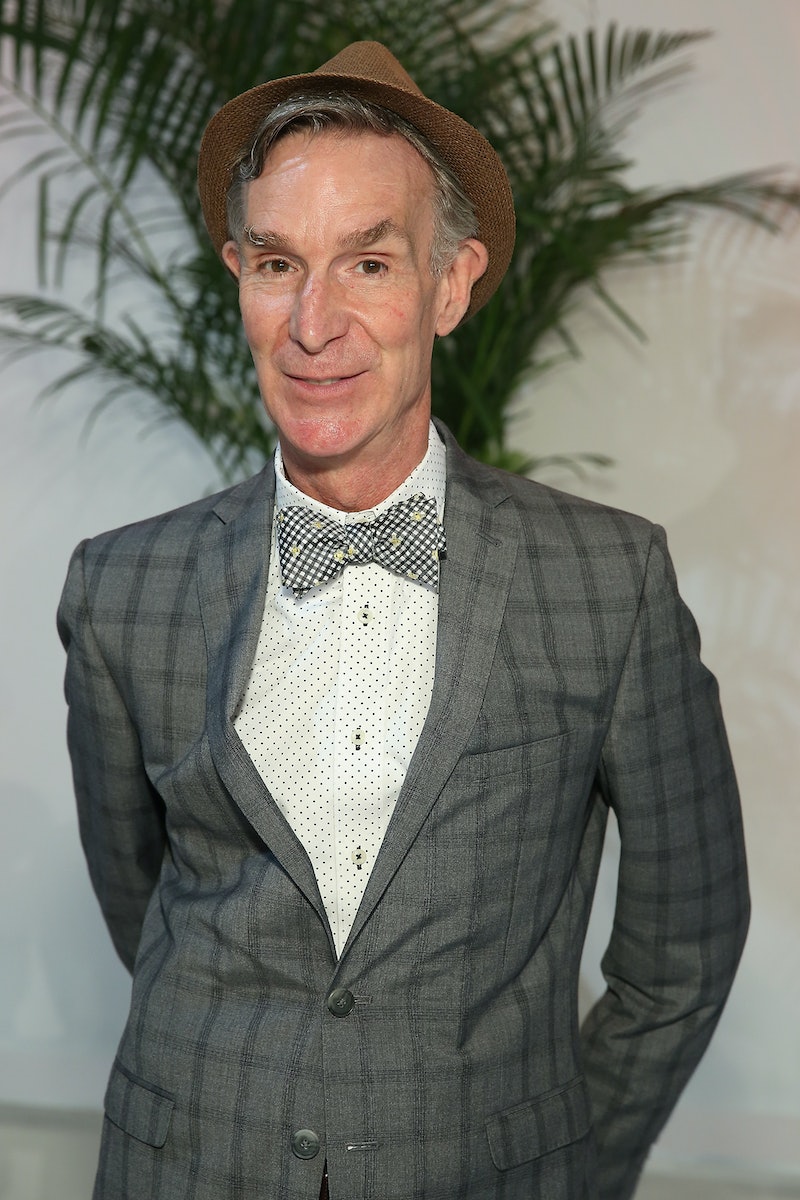 If, like me, you spent much of the '90s bundled up in front of your TV waiting for mind-blowing facts from your own personal science guru, Bill Nye, then I have some fantastic news. Deadline is reporting that Nye has a new show coming to Netflix, and it sounds like the stuff of dreams. Titled Bill Nye Saves The World, the series will be a (what else?) science-themed talk show, which will reportedly explore all the ways that science intersects with politics, society and pop culture. Each episode will apparently focus on one specific scientific topic, debunking myths and discussing some of the anti-scientific claims currently held by industry leaders, politicians and religious figures.

But don't start trying to add the show to your (already tremendously busy, I'm sure) Netflix watch list just yet, because the series isn't set to launch until spring 2017. That might be disappointing, but it does give us all plenty of time to get mighty excited for the arrival of the show in the meantime. With topics apparently set to be discussed within the show including climate change, vaccinations and genetically modified foods, Bill Nye Saves The World looks like it'll be must-watch TV, tackling controversial issues and hot discussion points within society. Though, as Netflix itself said, according to Deadline, the show will "ultimately let the facts lead the argument" — and I simply can't wait to see Nye do that.

As you might expect from the man who brought science to our screens in the ‘90s and made it beyond fun, Nye’s new Netflix show looks set to educate audiences in an accessible and enjoyable manner. It’s an approach which definitely made a lasting impact on kids of the ‘90s, whose curiosity regarding science was perhaps bolstered by Nye’s lighthearted and charmingly entertaining presentation of science. It was proof that science didn’t have to be the drab, occasionally boring topic that school classrooms often made it to be, and was instead something that was truly fascinating, exciting and worth exploring on our own time.

Bill Nye Saves The World sounds as if it will be keeping with the approach of Bill Nye The Science Guy, in making science-led topics approachable for audiences, but also in challenging current political and societal discourses and opinion which reject solid scientific facts. In speaking about the upcoming show, Deadline reported that Nye stated: “With the right science and good writing, we’ll do our best to enlighten and entertain our audience. And, perhaps we’ll change the world a little.” And if anyone can currently help to change global opinion, then it’s certainly Nye.

After all, the environmental advocate and presenter has been actively outspoken during this recent election cycle, particularly in regards to politicians who remain deniers of climate change. Back in April, Nye blasted Republican candidates Donald Trump, Ted Cruz and John Kasich for failing to acknowledge climate change or seeming to want to help to regulate emissions which contribute to it, telling CNN:

There's still a very strong contingent of people who are in denial about climate change … And if you don't believe me, look at the the three people currently running for president of the world's most influential country who are ... climate change deniers.

With writer and stand-up comedian Mike Drucker and esteemed astronomer, author and award-winning science communicator Phil Plait writing the new show, Bill Nye Saves The World looks set to serve up some fascinating scientific insight alongside some superb topical humor. Whether or not the Netflix show is capable of saving the world, as the title may suggest, will remain to be seen, but it definitely looks set to be an entertaining and enlightening watch, nonetheless.