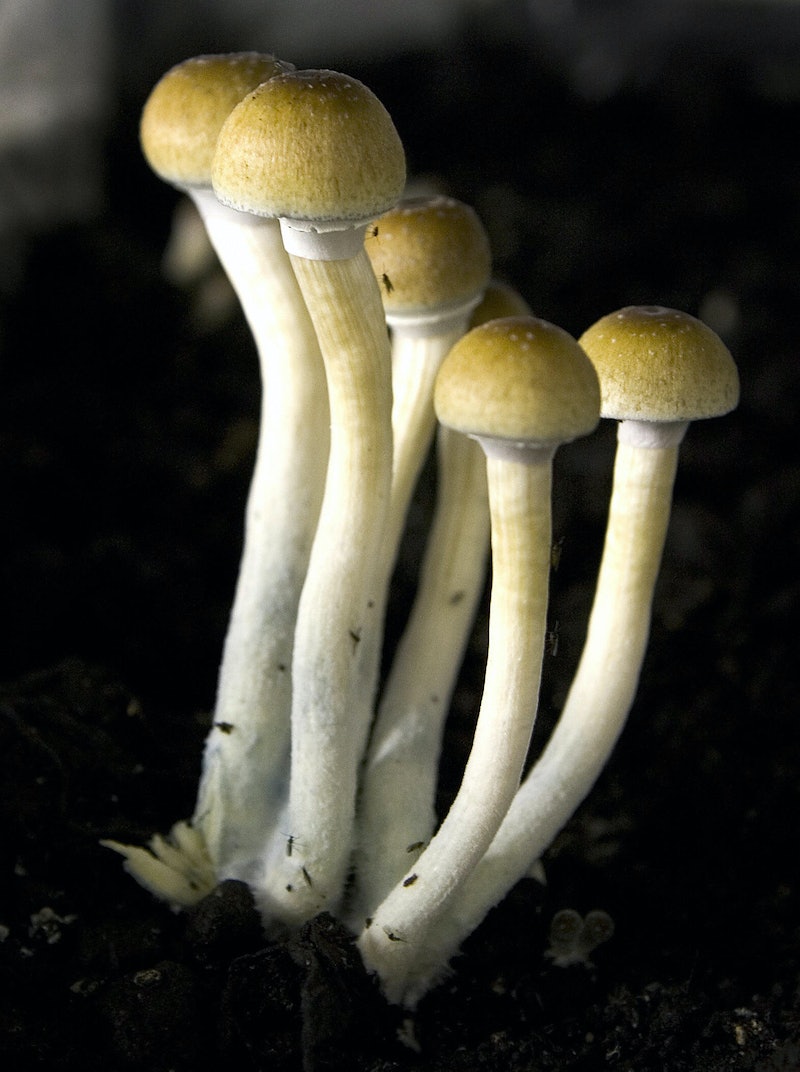 If you've ever had what's known colloquially as a "bad trip," it's probably not an experience you're eager to repeat — but it turns out you might be better off for it. A new study suggests a bad trip might actually result in a greater sense of well-being. In other words, it's good for you in the long run. Who would have thought?

In a new study published in the Journal of Psychopharmacology , researchers from Johns Hopkins surveyed almost 2,000 adults about their experiences with psilocybin-containing mushrooms (aka "magic mushrooms). They found that nine in 10 had consumed magic mushrooms at least twice — which seems in and of itself pretty noteworthy until you realize they were recruiting people from drug-related online forums. Less surprisingly, though, many of them had had bad experiences with magic mushrooms.

(It's also worth noting, by the way, that according to the United States Department of Justice, psilocybin is a Schedule I substance under the Controlled Substances Act, which means it's illegal.)

And for some people, those bad trips, which were triggered by an average dose of four grams, were pretty terrible. A total of 39 percent rated their worst magic mushrooms trip as one of the top five most difficult experiences of their lives, and 11 percent said that they put themselves or others in danger during a bad trip.

However, when they looked at the long term effects of a bad trip, something interesting happened. Because overall, 84 percent of respondents — which by definition must include at least some of those who rated it as one of the five most difficult things they've ever experienced — said that they benefitted from the experience; 76 percent said they had an increased sense of well-being after the bad trip. In fact, looking at the information they collected, researchers found that the worse a bad trip was, and the longer it lasted, the greater the benefits to a person's sense of well being afterwards.

Now, it's important to note that this is not a reason to go out and try to produce a terrible magic mushrooms reaction. For one thing, there are plenty of risks associated with psilocybin-containing mushrooms — some of which are highlighted in this very study. As already mentioned, 11 percent of the respondents put themselves or others in danger, which is obviously bad. Also, 7.6 percent said that after the bad trip, they sought help for ongoing psychological problems brought on by the magic mushrooms. Plus, at least 16 percent of people didn't think they were better off anyway. So it's not like you're guaranteed to go through a bad trip and then have a whole new outlook on life.

And it's worth noting that the participants were recruited from drug-related online forums, meaning they might be more likely to have had overall positive experiences deriving from drugs in the first place.

However, it also makes sense that for many people, a bad trip would give them a greater sense of well-being once it was over — after all, that's common for a lot of bad experiences. You go through something terrible, and then once you get through it and make it to the other side you have a whole new perspective, and you appreciate what you already have more.

It just goes to show, you never know how things are going to turn out.