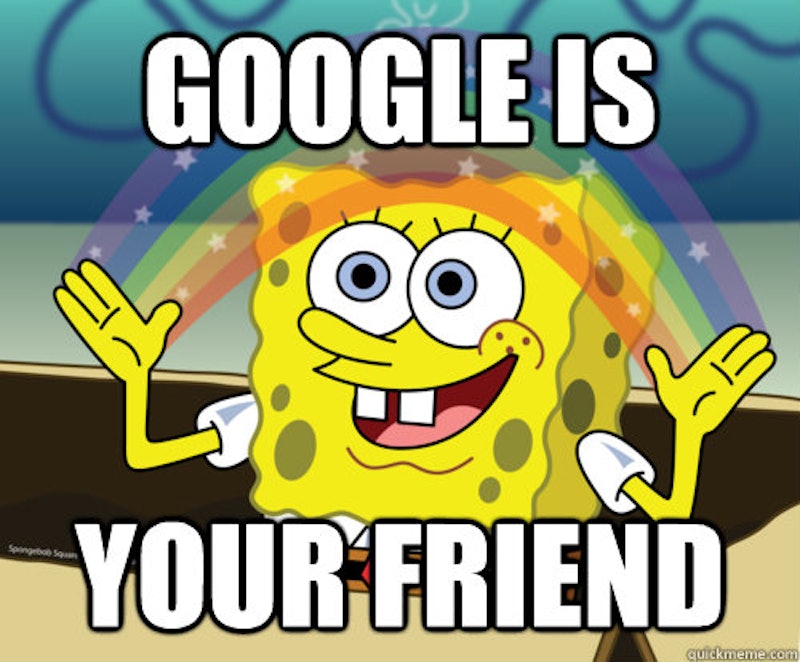 How would the world function without Google? I guess the same way it did back in the '90s — and as these Google Day memes make evident, that would really suck. Sept. 15 is apparently Google Day — a day that doesn't seem to be officially sanctioned by the company itself, but is still fun to celebrate. And, considering that most of us probably use the famed search engine at least once a day, these memes are likely going to ring a bell, and a very loud one at that.

Google has not only become a verb in its own right, it has become a way of life. Whether you need information for a fix-it-yourself situation, are doing research for a school project, or are trying to find a long-lost ex-boyfriend, this almighty search engine has all of the answers you need. Seriously, I don't even bother typing in the ".com" anymore in my browser window and just head straight to the Google search bar. It doesn't get any easier than that.

In this age of tech and all things digital, there is definitely a lot to laugh about. In honor of this unofficial holiday, here are some memes to get you started.

It's officially a verb, people..

It's only a little creepy...

There's nothing worse than a chinchilla eating the universe.

Because we're that dependent on it.

Never forget to use quotes. It changes the whole game.

It's a generational thing.

This would actually be the end of the world as we know it.