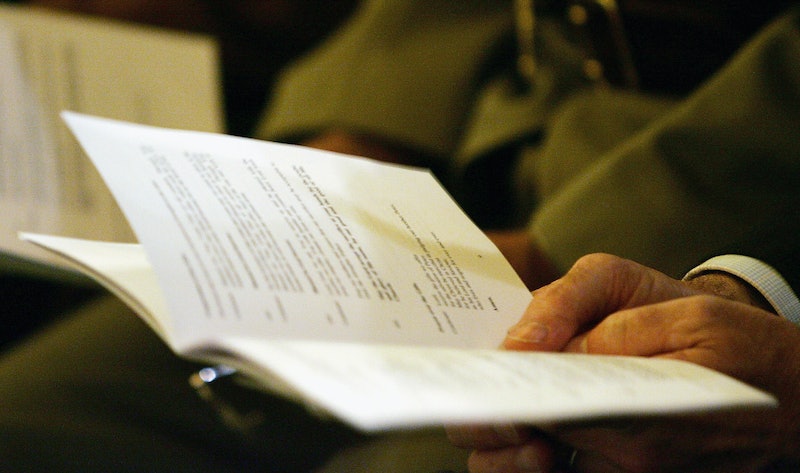 Happy St. Patrick’s Day! Though you’re probably familiar with famous Irish writers like Jonathan Swift, WB Yeats, and Bram Stoker, there's plenty more literary gold to find on the Emerald Isle today. Behold, Irish writers you should check out this year, plus three classic authors worth another visit. Pull up a stool at the pub with your book, because beer.

Having sold more than 40 million books worldwide (and landing in Oprah’s Book Club), Binchy is probably the most prolific contemporary Irish writer. She passed away in 2012, but true to form, still had one more book to release. Her last novel, A Week in Winter, was released posthumously and topped the New York Times Bestseller list.

With plays, novels, children’s books, and short stories under her belt, Dhuibhne is one of Ireland’s busiest writers. Writing in both Gaelic and English, she’s a good introduction to the Irish culture.

He only has three published works, but Barry has racked up plenty of accolades, especially for his first novel, City of Bohane. But there’s one prize he’s still after — he told The Limerick Leader in 2007 “Oh, I’m hugely ambitious,” he jokes, “I won’t be happy until I’m up there, receiving the Nobel Prize.”

Winner of the 2010 Costa Award for her novel The Hand That First Held Mine, O’Farrell writes absorbingly about love, loss and familial ties. We interviewed her here over the summer for her new book, Instructions for a Heatwave.

A writer from Northern Ireland, Madden’s novels tend to focus on women — often working in the arts — who are coming to terms with their identity.

McPartlin’s a chick lit writer in the best kind of way. Get your hands on a copy of Pack up the Moon, a tearjerker tale of friendship.

O’Brien’s debut novel, The Country Girls, an honest coming of age story about two young women, was banned in Ireland and condemned by just about every Irish governing body. More than 50 years later, she revisits the experience in her memoir, Country Girl.

Knighted in the early 2000s and considered a master of the short story, Trevor’s writing — like his novel, Fools of Fortune — often deals with the conflicts between the IRA and the British Army.

Doyle, who has written plays, novels, children’s lit, and screenplays, is best known for his use of dialogue and colloquialisms. To catch the sound of some realistic Irish-speak, read his novel, The Commitments, the first in a series of novels about the Rabbitte family.

Renowned in Ireland for several short story collections, her story, “Foster,” caught the attention of an international audience after it was published in The New Yorker.

Joyce’s novels and stories typically takes place in and around Dublin, are written in a stream of consciousness style, contain allusions to Greek mythology, and are unanimously considered to be some of the hardest (but most rewarding!) pieces of literature to get through. Read Ulysses or Dubliners for a great mental workout.

Poet, playwright, and novelist (The Importance of Being Earnest, The Picture of Dorian Gray), Wilde is well-known for his wit and ostentation. Give him another look if only associate him with grade school days.

Writer of dozens of novels, non-fiction works and short story collections. Her best-known novel, The Heat of the Day, is set in WWII-era London; its focus on time and identity will surely please fans of Virginia Woolf’s Mrs. Dalloway.