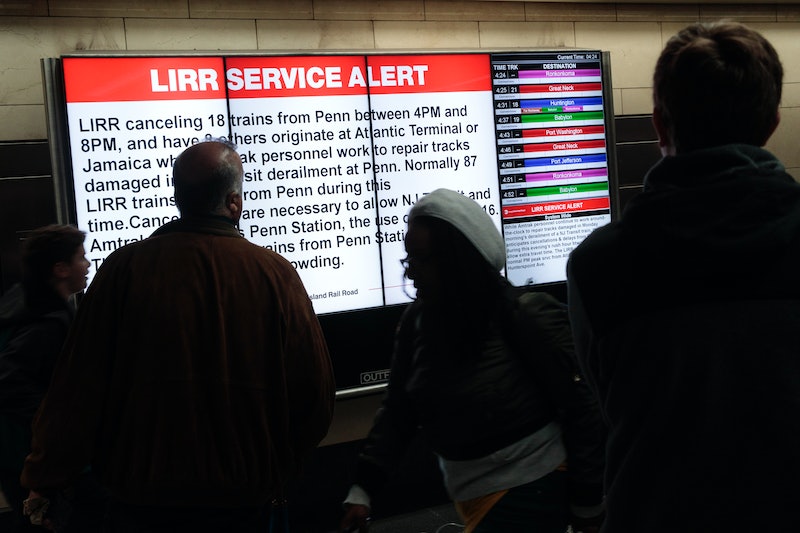 I'm a Long Island girl. I've lived on Long Island in Nassau County for most of my life, and I've come to accept that there are some things that non-LIers just won't get about us. Maybe you've watched enough episodes of Long Island Medium to be able to interpret our accent — but there's a whole lot more to Lawn Guyland that you'll only understand by living here. You know you're from Long Island if...

A real Long Island bagel is a sacred part of your weekend ritual.

Even NYC bagels can't compare to a real Long Island bagel. Whether you live off of Bagel Boss or A&S Bagels, a good Long Islander knows that a bagel and schmear is the best way to start the day. And if you're out of the NYC area entirely? You might as well just punch a whole through a piece of white bread.

Missing the "drunk train" home from the city is the worst.

Nothing kills a night out in the city (non Long Islanders read: Manhattan) like missing the 2:53 AM train and spending three hours in a Penn Station Starbucks. Once you finally get on your train, you'll probably have to transfer at Jamaica to get your stop. Annoying.

You begged your parents to take you to Adventureland, despite your suspicions that it really was just a crappy amusement park.

All of your major shopping sprees take place at the Roosevelt Field mall, yet you still don't understand the layout of it.

Denny's and IHOP are not acceptable diners.

You have one real Long Island diner that you're loyal to and have never looked back. (On Parade Diner = best tuna melt in Nassau County.)

You know that summer is best spent lounging out at Tobay, Jones, or Robert Moses beach.

Billy Joel is everything.

You know that Long Island is super haunted and have spent Halloween weekends looking for the Amityville Horror house.

Your parents are probably from Queens or Brooklyn, and your grandparents probably live in Florida.

The competition to have the best bar mitzvah and Sweet 16 was fierce.

Lacrosse was a bigger deal at your school than football was.

You constantly have to correct people who think you are from Staten Island.

You don't have to sit in traffic for hours to get to a game or concert. Madison Square Garden and the Barclays Center are direct routes on your train line.

You know that the Tanger Outlets are always available to you, yet you never seem to score the same deals as the out-of-towners.

When you go to the Hamptons, you don't really see what the big fuss is about.

You have a perfectly nice beach that isn't a three-hour-traffic-nightmare away.

You have a dozen or so camp friends.

Princesses of Long Island made you really, really sad.

Mostly because it reminded you of some of the worst girls from your high school. Or you in high school.

In the winter, you'd rather be anywhere else.

...And in the summer, you never want to leave.