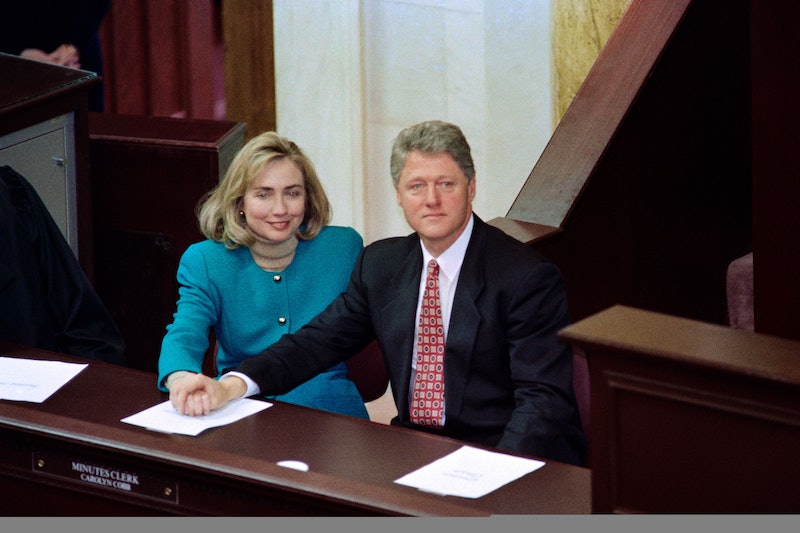 On Thursday, Politico published a report revealing that tax dollars were used to "subsidize" the Clinton Foundation. The probe was compiled from General Services Administration records that were obtained through the Freedom of Information Act. One standout discovery, according to Politico's investigation, was that Bill Clinton's staff used tax dollars to buy IT equipment, like email servers, which were located in the Clinton Foundation. While the Politico article noted that while its investigation "does not reveal anything illegal... it does offer fresh evidence of how the Clintons blurred the line between their nonprofit foundation, Hillary Clinton’s State Department, and the business dealings of Bill Clinton and the couple’s aides." This evidence looks bad — potentially, really bad.

The findings revealed that Justin Cooper, who has worked for the Clinton Foundation and helped set up the controversial email server, was on a taxpayer-funded payroll in spurts between 2011 and 2013. Under the Former President's Act, Bill Clinton receives a stipend of $96,000 annually from the government for staffing purposes, and can legally divvy it up as he sees fit — which means Cooper's payment was completely legal.

Granted, a primary reason this investigation brings up questions of ethics is the implied connection between taxpayer money and Hillary Clinton's email scandal. However, in a tweet Thursday, Clinton campaign press secretary Brian Fallon clarified that Clinton's private email server was not covered by government funds.

While the Clinton Foundation's use of taxpayer money all falls under the umbrella of legality, it's still worth noting the ways in which Trump's run for presidency can at times enable Clinton's campaign to get less criticism than it otherwise may have. If Clinton wasn't running against a man who has said, among other things, that President Obama is the "founder of ISIS," would she be able to remain ahead in the polls with reports like this recent one in Politico? Or the FBI recovering new emails with potential Benghazi intel?

Such a race against a non-Trump GOP opponent exists only in the realm of the hypothetical. But based on the latest polls (the Real Clear Politics average has Clinton at nearly a five-point lead at the time of writing), I can only imagine many Republicans are hoping and wishing it could become a reality before Nov. 8.