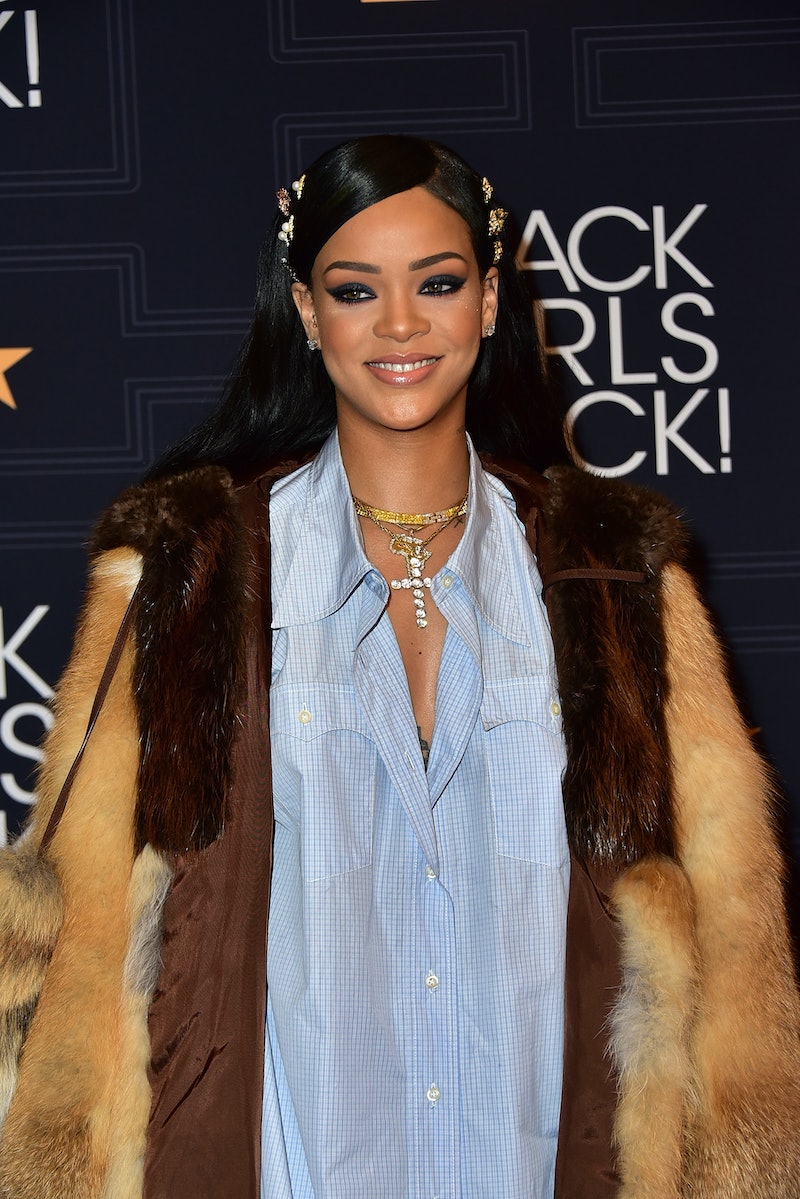 Rihanna has got a lot of titles under her belt: singer/song writer, certified badass, and now, fashion designer. The Rihanna Fenty x Puma show will actually be happening in Paris Fashion Week, not New York Fashion Week. Rihanna has officially surpassed her cool status and has entered another realm of trendy.

Instead of having a show at New York Fashion Week, she's instead having a couple of pop up shops, one at Bergdorf Goodman and the other at "Footlocker's new reatil concept Six:02," according to Hollywood Reporter. It actually seems like the perfect strategic choice, since so many designers show at New York Fashion Week that some of them are left forgotten. Of course, we wouldn't forget Rihanna's, but it certainly loses some of the spotlight with other musical artists presenting their designs as well (ahem, Yeezy).

While RiRi actually showed off her collab with Puma during NYFW in February, this will be her second collection that's showing in Paris instead. Her first collection featured some seriously cool minimal merch, and we can only expect the same for this second collection. What better place than Paris to show off your new goods? She's part of the big leagues now!

Here she is looking fabulous in her own designs.

When her creeper and slides first came out, they sold out like...well, hotcakes. You could barely get your hands on them without having to head to eBay and paying some serious dough for them. It comes as no surprise, since everything Rihanna says, does, or puts her name on is pretty damn cool.

So maybe we can't pull off those sunnies and kicks quite like Rihanna does, but we can at least try. It's pretty inspiring to see a singer/songwriter like Rihanna present her designs next to fashion houses that are hundreds of years old. That is no small feat, and it comes at a great time, right after she won the Michael Jackson Video Vanguard Award at the VMAs.

It's safe to say that 2016 has been, and will continue to be, a very good year for Rihanna, whether it comes to her albums or her ventures in the fashion world. I have a feeling she'll rock the wine glass as an accessory even better abroad in Paris.

More like this
Rihanna Is America's Youngest Self-Made Woman Billionaire, According To 'Forbes'
By Hugh McIntyre
Rihanna Just Made Her First Official Outing Since Becoming A Mother
By El Hunt
What Is Ariana Grande's Net Worth? When It Comes To Money, She Has No “Problem”
By Hugh McIntyre
5 “Ugly” Fashion Trends Halsey Makes Look Chic
By Allie Fasanella
Get Even More From Bustle — Sign Up For The Newsletter