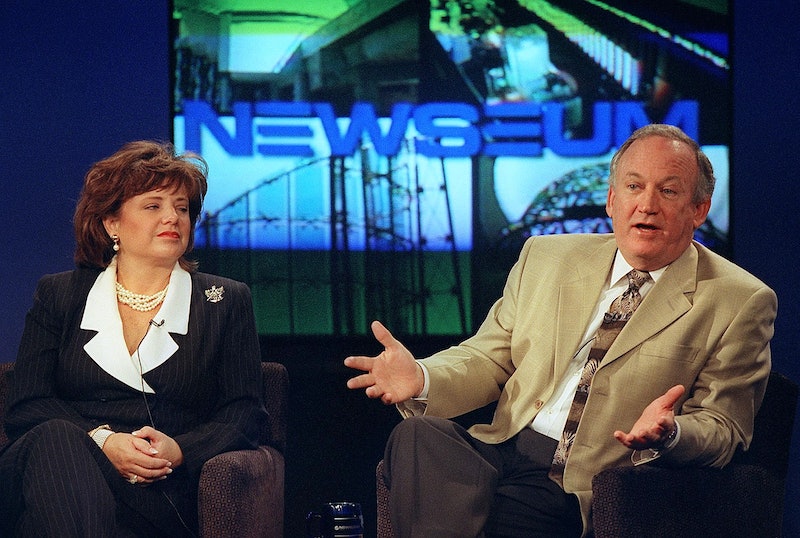 On the morning of Dec. 26, 1996, Patsy Ramsey called 911 to report the apparent kidnapping of her six-year-old daughter, JonBenét. Her body was found in the basement later that day and it was clear that, despite the claims of the bizarre ransom note discovered by her mom, JonBenét hadn't been taken out of the home at all. The tragic story had all the makings of a high-profile case — a wealthy family, a victim who was also a beauty pageant contestant, and a strange set of circumstances that lead many to believe that she'd been murdered by members of her own family. (In 2008, the use of new DNA technology exonerated JonBenét's immediate family.) John, Patsy, and Burke Ramsey became household names overnight, but John and his ex-wife also had children, one of whom died tragically at the age of 22. So, who is John Ramsey's first wife?

According to PEOPLE, John met Lucinda Lou Pasch while they were undergrads at Michigan State University. Pasch was an elementary education major and John's friend, John Shick told the outlet that Pasch was a "short, pretty brunette" who was "quiet." They wed in 1966 and had three children together — Elizabeth, Melinda, and John Andrew. They divorced in 1978 for reasons that haven't been disclosed to the public.

John and Patsy wed in 1980 and they remained married until Patsy's death from cancer in 2006 — two years before the family the Ramsey family was exonerated. Several years before JonBenét's murder, John and Pasch's 22-year-old daughter, Elizabeth, had died in a car crash on Jan. 8, 1992. According to The Chicago Tribune, Boulder police requested autopsy reports and police records related to the car accident that killed Elizabeth and her boyfriend. This was in early 1997, at a time when the Ramsey family was under intense suspicion. Although police released few details about their investigation, it was never reported that Elizabeth's death was anything more than a tragic accident.

Still, it must have been incredibly painful for Pasch to have her daughter's death investigated five years after the accident when she was undoubtedly still coping with the loss of her child. The former couple were on good enough terms that John and Patsy flew to Atlanta to support Pasch while she was questioned by police about the whereabouts of she and John's two other children on Dec. 25, 1996, according to The Denver Post. The outlet referred to her as Lucinda Ramsey Johnson, indicating that she had re-married as well.

Although John and Patsy's relationship with Pasch appeared to be cordial, Pasch avoided the spotlight after JonBenét's murder. Pasch, too, was recovering from the fairly recent trauma of losing a child. For understandable reasons, she may have simply wanted to stay as far away from the media circus as possible.