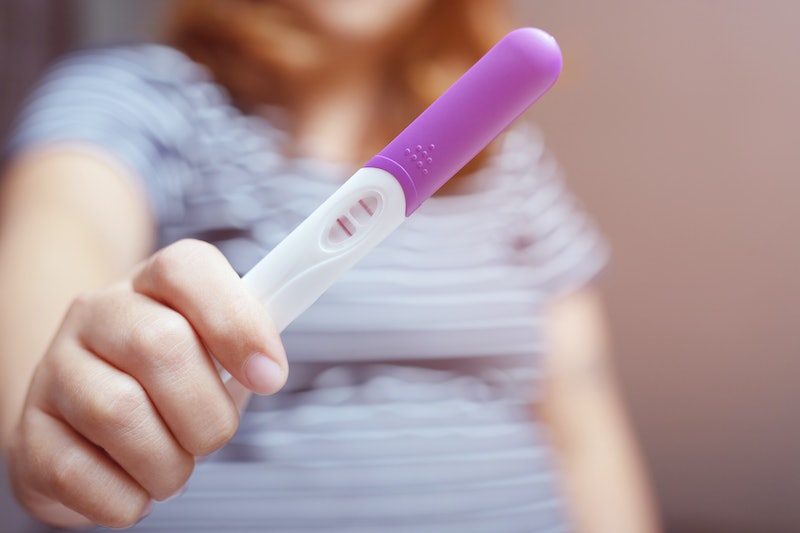 Italy’s Ministry of Health recently announced that Sept. 22 will be Italy’s first “Fertility Day.” Intended to boost the country’s declining birthrate, Fertility Day has caused a major backlash, with many critics arguing that promos for the campaign are sexist and even dangerous. The ads pressure young people (and especially young women) to have kids early in life and, bizarrely, suggest that they should have children, if not for themselves, then for the good of the nation, prompting more than one person to compare the campaign to Margaret Atwood’s The Handmaid’s Tale. (Here’s a tip: When people are comparing your fertility campaign to a novel about a dystopian future dominated by a religious totalitarian regime, something has gone horribly, undeniably wrong.)

Fertility Day will be marked by special events held in four Italian cities to discuss issues related to reproductive health, fertility, and parenting. The effort to promote fertility comes in response to the country’s decreasing birthrate. At 1.4 children per woman, Italy’s birthrate is the lowest it's been since the country’s founding in 1861, and it falls considerably short of the rate of 2.1 required to maintain a population. In May, Italian health minister Beatrice Lorenzin referred to Italy’s weak birthrate as “apocalyptic,” according to the BBC.

But although there is reason to promote a higher birthrate in Italy, many people have taken exception to the way that the Ministry of Health is going about it. To promote Fertility Day, the Ministry started a social media campaign (#FertilityDay) accompanied by a number of ads. The advertising campaign… it’s a doozy:

Translation (via Quartz): “Beauty has no age. But fertility does.”

Oof. There is so much wrong with this, but I think the thing that bothers me the most is her patronizing, smiling face. “Come on, ladies. You know your womb is turning into a shriveled husk right now.”

The other ads are similarly problematic: An image of two pairs of feet with a (creepy) happy face declares, “Young parents. The best way to be creative.” (Huh?) An image of a stork reads, “Hurry up! Don’t wait for the stork.” One ad featuring a sad-looking banana peel warns, “Male fertility is much more vulnerable than you might think.”

Other ads portray having children as a duty to one’s country: One with a photo of dripping water reads, “Fertility is a common good.” Another shows baby shoes entwined with the colors of the Italian flag. The disturbing subtext seems to be that women’s bodies and babies themselves exist in service of the state. (Translations via Giulia Blasi and Quartz.)

A number of writers and social media users have pointed out that, in addition to blaming men and women for any future infertility (or current infertility, for that matter), the campaign’s insistence that young people have kids ignores the fact that many young adults in Italy lack the financial resources and stability to do so. Forty-two percent of Italians under the age of 25 are unemployed. The total unemployment rate in Italy is over 11 percent, according to CBS, more than twice the rate in the United States. So how, exactly, are these young people supposed to support their families?

Many critics have argued that, rather than simply telling young people to have more kids, the Italian government needs to do more to fix the social and economic problems that deter many people from procreating. CBS reports that Italy “has one of the lowest gender equality rates” in the EU, with very limited resources for child care. Writer Giulia Blasi contends on Medium that women in Italy lack job support when it comes to pregnancy and motherhood. Blasi writes:

By the time you achieve anything resembling job stability, you’re in your thirties; and God forbid that a woman should actually want a career. Gender-based discrimination is illegal, but it is not uncommon for job interviews to include personal questions about fertility and having children.

In addition, Quartz reports that, although Italy offers paid maternity leave, many working women in Italy are asked to sign a "dimissioni in bianco" letter upon hiring — it’s an undated letter of resignation, so that if a female employee gets pregnant at any point, her employer can fire her. Furthermore, Blasi points out that LGBT couples in Italy cannot adopt children, nor can they access IVF (and surrogacy as a whole is illegal).

The social media response to the #FertilityDay campaign has been swift and extremely negative. Even Italy’s prime minister, Matteo Renzi, has criticized the campaign, saying in a radio interview, “If you want to create a society that invests in its future and has children, you have to make sure the underlying conditions are there.” The Ministry of Health has since pulled the #FertilityDay campaign, with health minister Lorenzin saying, “We did not intend to offend or provoke anyone. If the message has not gone across as we would have liked we will change it.”

More like this
25 Quotes About Love To Share During Pride Month 2022
By Madeleine Aggeler and Emma Garza
How To See The Lunar Eclipse On May 15-16, 2022
By Kaitlyn Wylde
An Honest Review Of The TikTok-Famous WalkingPad
By Kaitlyn Wylde
5 Crystals To Lower Your Anxiety
By Megan McCarty
Get Even More From Bustle — Sign Up For The Newsletter