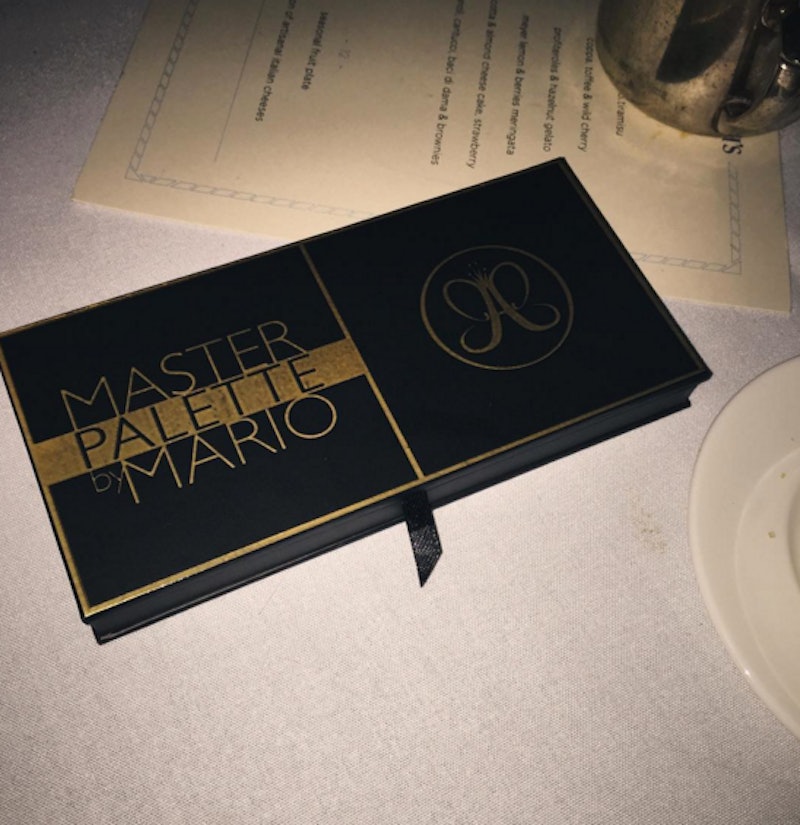 In a video posted to Kardashian's Snapchat on Friday, the pair are seen in their usual state, with Dedivanovic applying Kardashian's always gorgeous makeup. This time, the pair had the Master Palette with them, and when the reality star opened up the palette, she revealed not just the names of all the shadows, but pointed out two in particular. As Kardashian shows off the hues, Dedivanovic explains, "I named these two after you."

The first of the two shades is Kim, a nude peach tone that is actually very Kim Kardashian. While directly naming a shade after the superstar is wonderful, the second shade shows Dedivanovic's true feelings for Kardashian. The blush tone shadow of the palette's name is Muse, which is exactly what Kim Kardashian is to Dedivanovic. Talk about #friendshipgoals, right? These two are too perfect.

While the two shades are obviously stand outs, seeing the others inside the palette instead of as swatches on Dedivanovic's arm is definitely exciting for fans of the makeup art and the Anastasia Beverly Hills brand.

Other than Muse, it seems as though Dedivanovic and ABH predominantly went with locales and names for the shadow's monikers. From Violeta to Isabel, my guess is that each name has a strong sentimental meaning for Dedivanovic, if the shades of Kim and Muse are any indication.

While fans may not know all the meanings of the shades, the parts of the Master Palette named after Kim Kardashian show how personal this project is for Dedivanovic. Plus, on top of the sweetness of the names, this palette is bomb, and fans are sure to support it to the fullest — including Kim K.