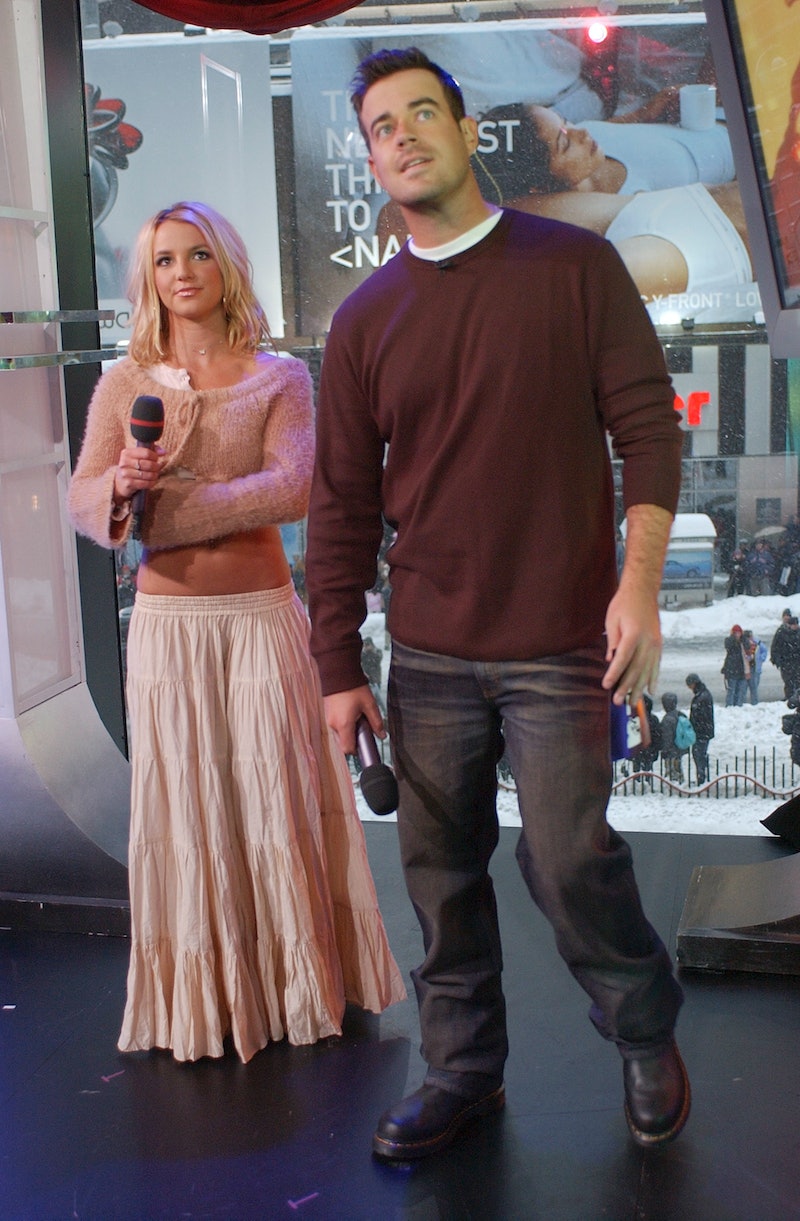 Here is an objective fact that, try as anyone might, simply cannot be refuted: For nearly two decades, Britney Jean Spears has been one of the biggest recording artists on the planet. Now that that's out of the way, here is another objective, irrefutable nugget of truth: For several years, Britney Jean Spears ruled MTV's iconic (and sadly now-defunct) music video countdown series Total Request Live. Her TRL legacy began in 1998 when the "...Baby One More Time" music video threw on a cardigan and handspringed onto the show's chart. On Dec. 18, 1998, just days after her debut video entered the countdown, Spears visited TRL for the first time.

A half a decade before she was named the First Lady of Total Request Live at the 2003 TRL Awards (and yes, a TRL awards show was a thing that happened), Spears was a 17-year-old, up-and-coming singer telling Carson Daly that it was "really cool" to see her debut music video on television. A young legend-in-the-making who was touring with the "completely normal" guys of *NSYNC. An emerging pop icon who, whether she knew it or not, would soon rule the world.

Here’s Spears’s first TRL interview in all of its butterfly clip glory:

More like this
You Might Want To Rewatch 'Elvis' For This Britney Spears Easter Egg
By Grace Wehniainen
Drake’s Surprise Performance With The Backstreet Boys Was Fans’ Fire
By Stephanie Topacio Long
Kimberly J. Brown & Daniel Kountz Looked Back On Their ‘Halloweentown’ Romance
By Stephanie Topacio Long
Jesse Tyler Ferguson Had A Funny Run-In With A Fellow ‘Modern Family’ Alum
By Grace Wehniainen
Get Even More From Bustle — Sign Up For The Newsletter