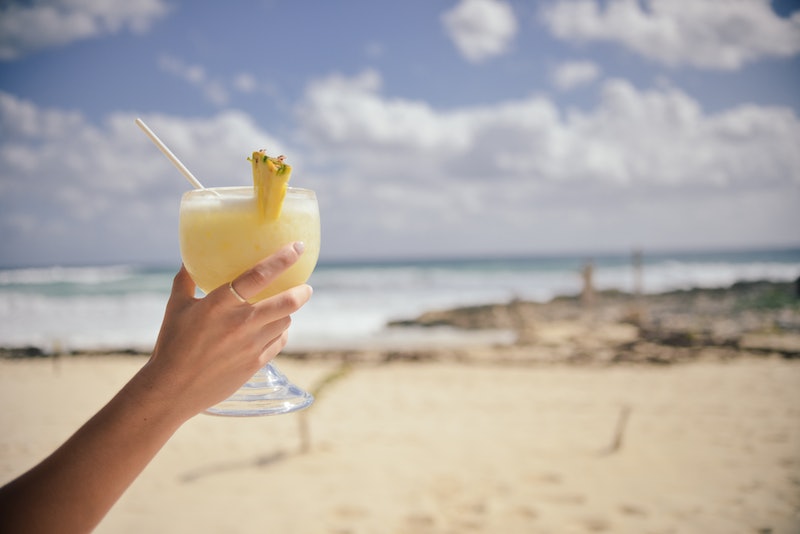 Why do some people have no problem controlling their drinking while others struggle? According to research from Linköping University and the University of Miami, people with a history of alcohol dependence may lack an enzyme in their brains, which may only perpetuate the cycle of abuse.

In a study published in Molecular Psychiatry, researchers used an animal model to identify the role of PRDM2, an enzyme found in the brain's frontal lobe, in alcohol dependence. Analysis showed that rats who were dependent on alcohol also showed PRDM2 deficiency, suggesting that production of the enzyme was switched off by their addiction. PRDM2 is primarily known for its importance in cancer research, but as Linköping University professor and researcher Markus Hellig explained in a statement, it also "controls the expression of several genes that are necessary for effective signalling between nerve cells." In rats that don't produce enough of the enzyme, cells that should control the urge to drink may not be able to send effective signals, leading to problems with impulse control even when researchers made alcohol consumption unpleasant. Furthermore, rats were likely to relapse into drinking when they were subjected to stress. If that sounds familiar, it's because humans do the same thing.

To make sure PRDM2 was at work rather than some other factor, researchers decreased production of the enzyme in rats who weren't addicted to alcohol. Sure enough, impulse control was disrupted in these rats as well, indicating that PRDM2 plays a role in the cycle of alcohol dependence: Alcohol abuse itself appears to reduce production of the enzyme, and that reduction leads to problems with impulse control.

Although the study used rats as a stand-in for human brains, it's not uncommon for animal models to inform research into human issues — and alcohol abuse is a huge problem. According to the National Institute on Alcohol Abuse and Alcoholism, more than 16 million American adults had a drinking problem in 2014, and alcohol is the fourth most common preventable cause of death in the country.

Animal models don't generalize perfectly to humans, but researchers say their study has important implications. For one thing, it joins other studies demonstrating that alcohol dependence has a biological basis; it's not simply the failure of willpower some people believe it to be. Additionally, their findings may contribute to finding a way to help alcoholics kick their addiction. "Now that we're beginning to understand what's happening, we hope we'll also be able to intervene," said Dr. Heilig.