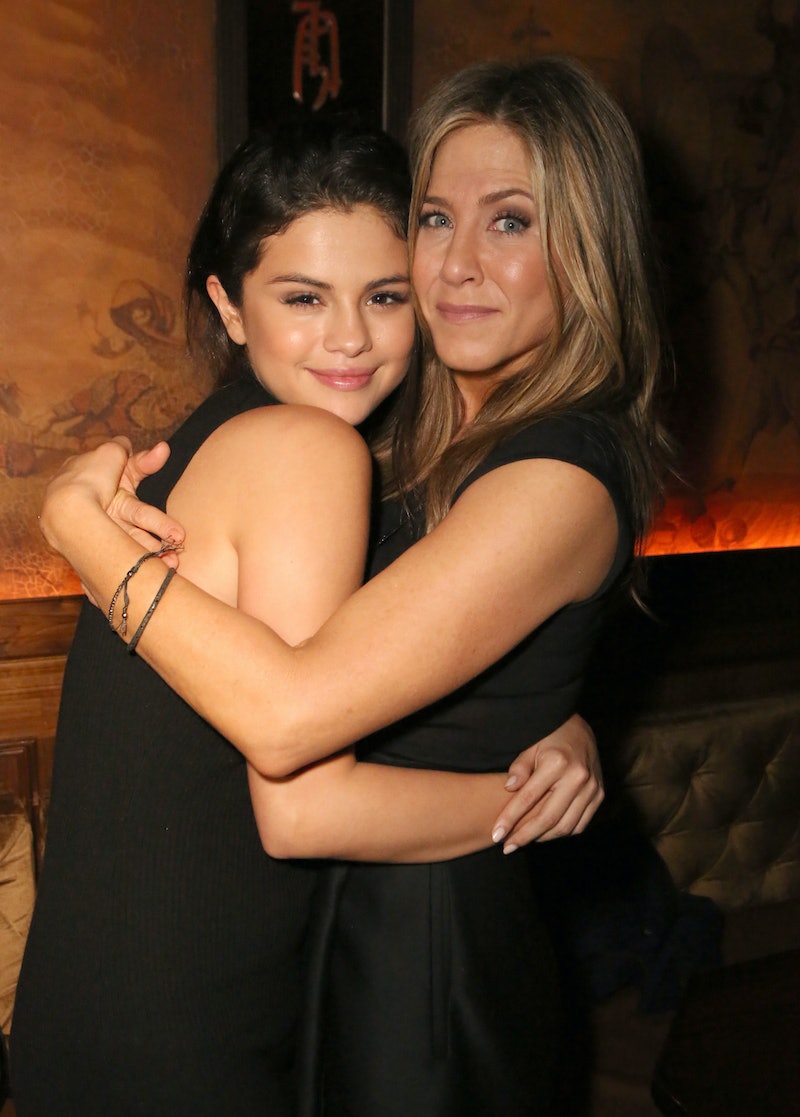 Hollywood is an exceedingly interesting place. It intermixes the most unlikely of people, people who, if they weren't connected by the thread of fame, would probably never otherwise shoot the breeze, grab a brewski together, or perhaps even meet at all. But, that's kind of the beauty of the strange world of Hollywood, isn't it? Despite career concentrations, age, hobbies, mutual friends, and sometimes enemies, the most unexpected celebrity friendships form. It's actually kind of poetic in a way, when you think about it.

With the help of social media, we're not only being made aware of these star alliances more frequently, but platforms like Twitter and Instagram help celebrities forge certain bonds despite not having ever met in real life. Opposites might have always attracted, but modern times make it a heck of a lot easier to overstep all that awkwardness first. If you’re trying to rack your brain to find platonic celeb pairs who fit this bill, don’t worry, I’ve got you covered. I’ve compiled a list of some of my more favorite unexpected celebrity friendships for you to absorb.

Just because you work with someone, doesn't mean you instantly become besties. But it's clear that despite their age difference and fan demographics, Gomez and Rudd have a friendship that is a sure thing.

Like Gomez and Rudd, Stamos and Peck were co-stars first, but everlasting besties after, despite a big age gap.

Sure, they're both majorly successful athletes and public personas. But I, for one, didn't realize that the basketball and soccer worlds collided to bring us a friendship duo that would be undoubtedly impossible to beat at any recreational sports game, ever.

It may have started out as an on-air joke, but the Fallon and Lovato friendship turned into something real and longlasting.

It's clear that Biebs is more than just an occasional TV show guest to Degeneres. The host has given the problematic celeb more chances to redeem himself on her own show than he probably deserves, but it's what makes Degeneres the standout person she is. Besides, the duo are tons of fun together.

After being compared to one another looks-wise, the two started hanging out on the regular. A platonic meet cute story for the books.

Basically, Teigen was as Olympics and gymnastics obsessed as the rest of us and tweeted a self-fulfilling prophecy about her and Raisman being friends... with John Legend and Luna, too, of course.

In 2014, Streep and 50 Cent went to a basketball game together like a bunch of bros. NBD, right?

I think I speak for every Friends obsessed '90s baby when I say that Gomez is living everyone's dream with Aniston as a close pal. It's as surreal as it is super sweet.

Some people might think the generational divide would be too great for these two to find common ground, but the exact opposite seems to be the case. Gaga's old soul and Bennett's timelessness makes them a perfect professional pair.

I don't know about you, but I'd kill to see any of these duos weaving a friendship bracelet together, summer camp style.