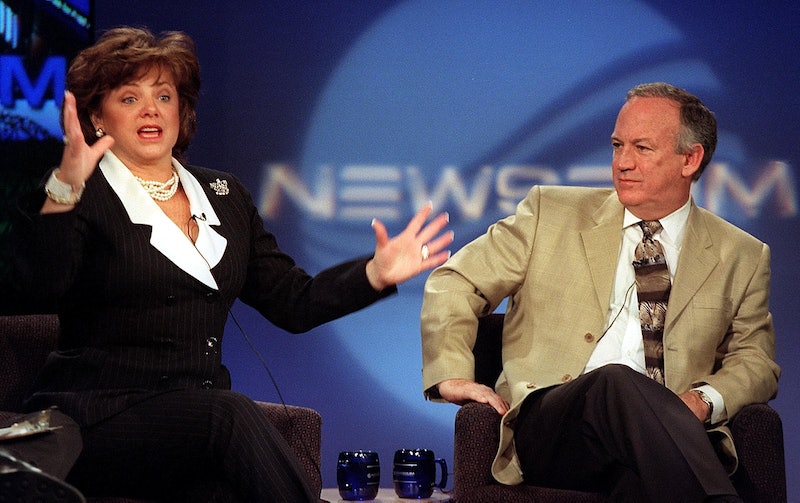 The JonBenet Ramsey case captivated the country 20 years ago, when the six-year-old beauty pageant princess, living a seemingly idyllic life, was found murdered in the basement of her home. The investigation and media focus quickly zeroed in on the young girl's family — including her parents John and Patsy and brother Burke — whom many speculated murdered JonBenet for a litany of reasons. Despite the persistent rumors, the Ramsey family has maintained its innocence over the last two decades, and one of the primary theories in the case supports those assertions. Rather than maintaining that one of her family members committed the murder, the intruder theory of the Ramsey case argues that someone broke into the Ramsey house and killed JonBenet on that infamous Christmas night.

There is plenty of hard evidence to support the theory that someone broke into the house and murdered JonBenet. DNA found in 2008 suggested that a man who wasn't related to the Ramseys was involved in the murder, and an analysis of the ransom note suggested that, contrary to popular opinion, none of the Ramsey family members wrote it. In the nearly 20 years of investigation, no one has discovered any legitimate motive for one of her family members to kill JonBenet, and while that doesn't necessarily mean it didn't happen, it denied a lot of necessary credence to some other theories.

However, and this is one of the reasons the mystery is so compelling, there is just as much evidence to support the theory that one of her family members did kill her. According to The Daily Mail, there were no footprints in the snow around the house to indicate that someone entered the house from the outside, and the ransom note was almost the exact amount that John Ramsey received as his annual bonus from work that year, something that ostensibly, only someone close to the family should have known. Court documents released in 2013 show that a grand jury thought there was enough evidence to indict John and Patsy Ramsey on charges of child abuse resulting in death and being accessories to a crime. That could have been a result of media exposure to the case, which was allegedly biased against the Ramsey family, according to John. However, the fact that a grand jury heard all the evidence in depth and still voted to indict the Ramseys is also a serious consideration when weighing the facts of the case.

The 20th anniversary of the JonBenet Ramsey case is bringing new evidence and old theories to light, many of which stumped both investigators and the American public when the murder first dominated news cycles. Although the murder may never be solved, the new documentaries about the case will hopefully bring investigators and the Ramsey family one step closer to the truth.