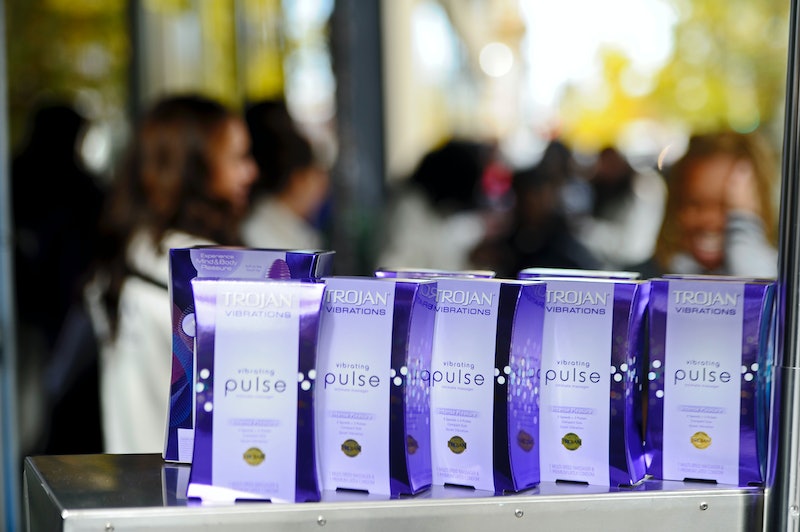 SugarDaddyForMe.com (Yes, the site is exactly what the name suggests) has conducted a highly scientific new poll that finds that women are way more sexually adventurous than our social mores would have us believe. Wow!

If you can get past the creepy "sugar babies" and "sugar daddies" language long enough to read the press release from the website, you'll discover that, in the poll, more women than men described themselves as "kinky," "wild," "bisexual" and "into sexual role playing." Well, OK. That doesn't seem like super-groundbreaking information to me... considering that the women who responded to the poll are likely significantly younger than the men who did the same. The poll also found that women had their first sexual experience earlier than men, on average (85 percent by age 18 or younger, with men at 73 percent).

The press release from SugarDaddyForMe also says, "Both sugar babies and sugar daddies are more sexually active than the average man and woman." Shocking! Would never have guessed that people who willingly participate in an online poll on a sugar daddy website would be (or at least describe themselves as) more sexually active than the average person. The site's results found that sugar babies and sugar daddies engage in intercourse, 3 to 6 times per week (58 percent for women, 58 percent for men) and more than 7 times per week (24 percent women, 19 percent for men).

While this is great in terms of (maybe?) getting people to realize that women aren't really prim little prudes at the mercy of the caveman-like, ravishing libidos of men, it's also a poll conducted by a site specifically designed to connect younger women with older men, a site that features a sexy woman seated on an oversize diamond on its anchor page. I'd put a lot more trust in a poll or a study that was conducted by a more partisan (or ahem, reputable) source. That's not to say I impugn the site's goal to connect younger women with older men... whatever floats your boat is fine with me, as long as you're both consenting adults. But I still don't think an online poll like this one has any accurate reflection of anything other than "sugar daddies" and "sugar babies."