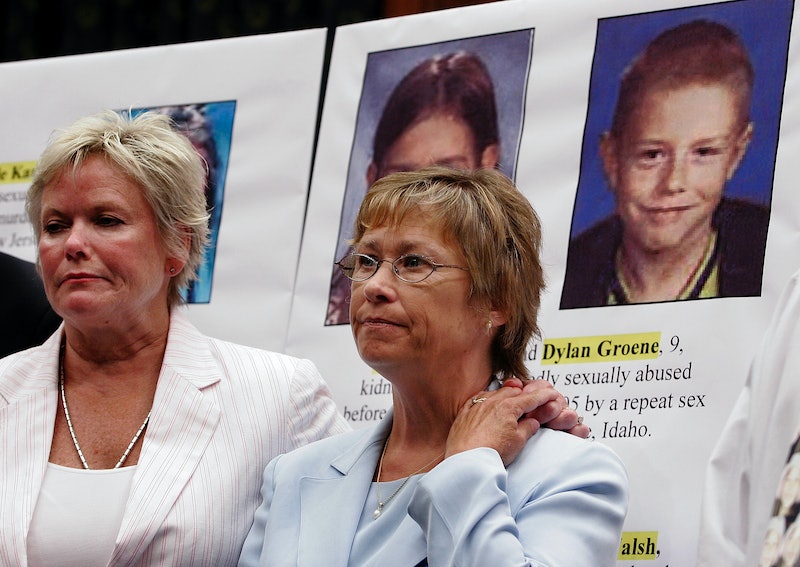 In Minnesota Saturday new revelations resolved the doubt that a family carried with them for more than a quarter century, but in a crushing way. Questioning of a man who is in federal custody on child pornography charges led police to a body that was buried in a field. Dental records proved that the body belonged to an 11-year-old boy that was kidnapped on a rural highway in 1989. What happened to Jacob Wetterling? Until his remains were identified, all that was known was that he was kidnapped. Now it appears he may have been killed, although no charges have yet been filed in relation to his death.

The tragedy began for the Wetterling family on Oct. 22, 1989. Jacob was biking with his younger brother and a friend just a half mile from home, en route from a convenience store on a dirt road, when a man wearing a stocking mask and holding a gun grabbed him. The Minneapolis Star Tribune reported that he made the boys lie down in a ditch, and then according to CNN, the abductor asked the boys their ages and grabbed Jacob. He told the other two to run or that he would shoot. They ran into the woods, and Jacob and his abductor disappeared.

Then began the search for Jacob. As the days dragged on and attention came to the case, the FBI arrived in St. Joseph, where the Watterlings lived to help. Then the governor at the time, Rudy Perpich, ordered 200 National Guard troops to search the area. Money was raised for rewards. Nothing turned up at all. All in all, over the years more than 50,000 leads have been investigated the Star Tribune reported. But Jacob's parents, Jerry and Patty, never gave up. They have worked to find their son ever since.

In doing so the Watterlings, particularly Patty, have changed the available resources for families of missing children. She helped create the sex offender registry in the state of Minnesota, CNN reported, and then across the nation when in 1994 Congress passed the Jacob Wetterling Crimes Against Children and Sexually Violent Offender Registration Act. She also began support groups and non-profits.

Since the announcement, the family has made no public statement. Patty sent a text message to both the Star Tribune and CNN. "Our hearts are broken. We have no words," she texted. CNN said that she declined further comment. The Jacob Wetterling Resource Center, though, which was founded by Jerry and Patty to help others in a similar situation released a statement on their website:

We are in deep grief. We didn't want Jacob's story to end this way ... Our hearts are heavy, but we are being held up by all of the people who have been a part of making Jacob's Hope a light that will never be extinguished. It shines on in a different way. We are, and we will continue to be, Jacob's Hope. Jacob, you are loved.

The family is devastated, but the influence of Jacob's abduction on the country has left children safer. Thanks to the work of the Watterling family, we are a little closer to "a world that Jacob believed in, where things are fair and just." Across Minnesota, and around the world, porch lights were left on Saturday night in his honor with the message, "We will never forget."