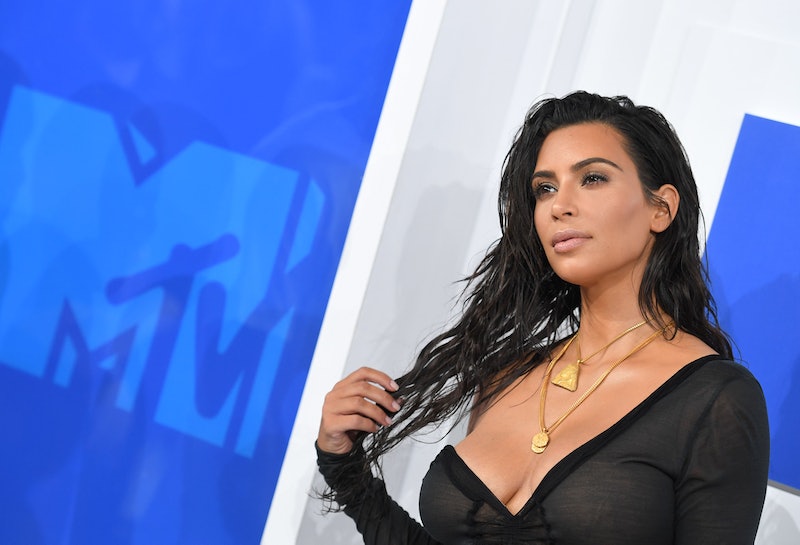 She isn't quite on Taylor Swift's level yet, when it comes to a squad — and who is, honestly? — but Kim Kardashian does roll pretty deep. On any given day, she's surrounded by some combination of her mom and sisters, her husband Kanye West, her kids North and Saint West, her best friend Jonathan Cheban, and her assistant Stephanie Shepherd. But how did Kim Kardashian and Stephanie Shepherd meet? Even though technically they have a working relationship, the star and her employee have been very close of late, dating back to Kardashian's 2013 engagement to West, and have appeared in many photos together since. Celebrities being close to their personal assistants is a pretty well-known phenomenon, but Kardashian is so high-profile that I was surprised to see someone make it through to the inner circle so quickly. So what gives? How did these two find each other?

At first it was speculated that the two might have crossed paths through The Pussycat Dolls' Robin Antin, who appears to be a mutual friend, but another potential missing link could be a man named Anthony Schiller, who reportedly dated Stephanie Shepherd, according to fan forum Lipstick Alley. Schiller is the son of producer Lawrence Schiller, who wrote a book on the O.J. Simpson case, American Tragedy: The Uncensored Story of the Simpson Defense, and later collaborated with Simpson himself on the book I Want to Tell You — My Response to Your Letters, Your Messages, Your Questions, which was released in 1995. And since Kardashian's father Robert Kardashian was both Simpson's friend and his defense attorney, the children of the adults so enmeshed in his case were bound to run into each other on occasion. Plus, as reported by People, Schiller was close with Tito Jackson's son TJ Jackson, a classmate who dated Kim Kardashian when she was 15, so the three of them likely ran in the same circles since high school, even though Kardashian attended the all-female Marymount High School.

There doesn't seem to be official confirmation as to whether or not Schiller and Shepherd dated, as they appear in just one photo together, with Kardashian wedged firmly between them, but it's certainly a plausible possibility for how Kardashian and Shepherd first met.

You'd think that if these two had dated, there would be more proof out there, but those kinds of paper trails can easily be scrubbed on social media, so it's tough to know. The only thing I can say is that whether Robin Antin was the one who put these two in touch, or whether Schiller recommended his then-girlfriend as an assistant, it seems like Steph Shep, as she's called, came into Kardashian's life via a long-time friend, one she trusted, and that their relationship has only blossomed since then.