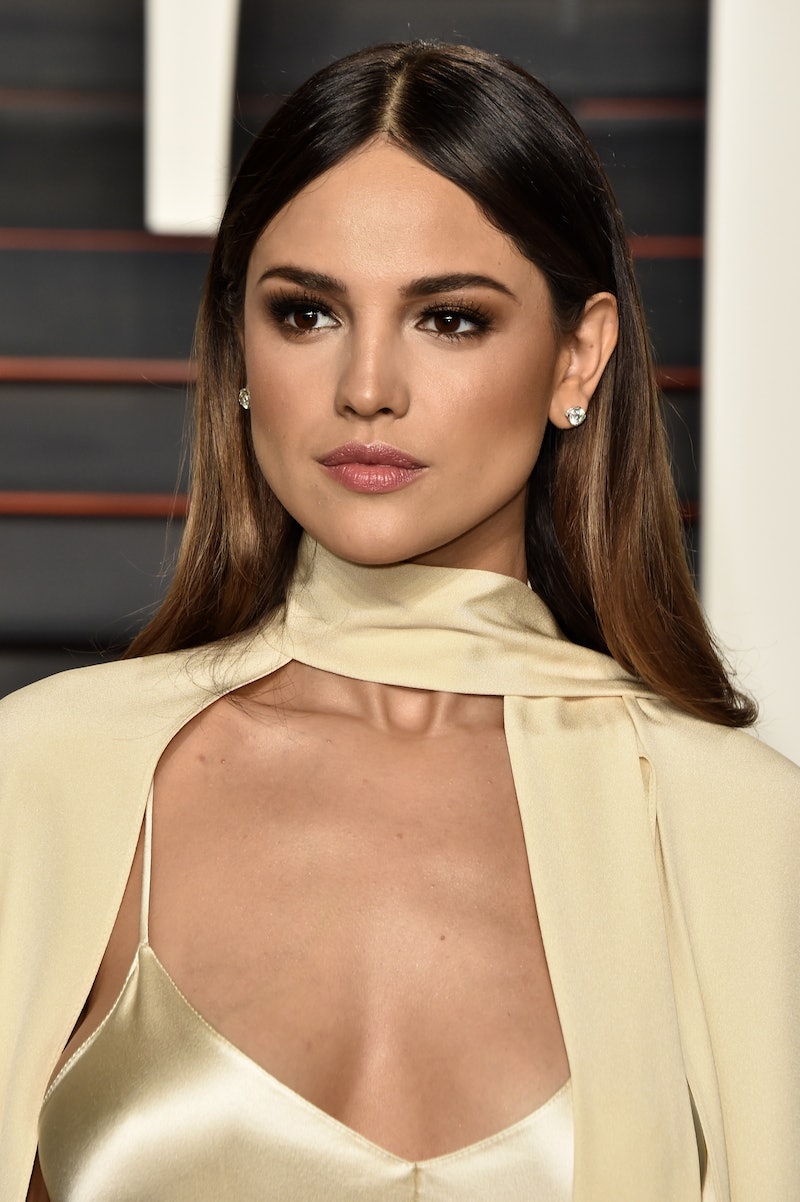 As the summer winds down and cuffing season begins, it looks like celebs everywhere are getting paired up. And most recently, that list includes Calvin Harris and Eiza Gonzalez, who were photographed leaving a party together in L.A. arm-in-arm on Saturday, Sept. 3. If Gonzalez's name rings a vague, distant bell for you, it's probably because she was the actor whom Liam Hemsworth was photographed kissing the day after he and Miley Cyrus ended their engagement back in 2013. (Of course, Hemsworth and Cyrus have since gotten back together.)

According to an Us Weekly source, the romance between Harris, 32, and Gonzalez, 26, is relatively new — and the two are going with the flow for now.

"They recently started hanging out, and it's very new. They both really wanted to keep it low-key for a while, but once these photos came out, they knew that wasn't going to happen," the insider told the site. "They're both happy and just seeing where things go for now." People 's insider says the same: "They have been talking and hanging out. It's new."

For celeb-watchers and Taylor Swift fans, it looks like Gonzalez has some T. Swift-shaped shoes to fill (for her part, the singer-songwriter has been famously — infamously? — dating Tom Hiddleston all summer). But in addition to being Hemsworth's one-time kissing partner, Gonzalez is an actor in her own right.

For one, the Mexican actor stars in the horror television series From Dusk Til Dawn, starred in the Mexican telenovela True Love, and had a bit part as Jetta in the live action Jem and the Holograms movie. And she most likely inherited her stunning beauty from her mom, Glenda Reyna, who hosted Mexico's Next Top Model for several years.

She's also a singer — and her music video for "Te Acordarás De Mi" has racked up over 40 million views. FORTY MILLION. Yeah, just let that sink in:

And prior to her rumored relationship with the Scottish DJ, Gonzalez was linked to Real Madrid soccer star Cristiano Ronaldo earlier this summer, though her rep shot down those rumors.

For now, it looks like Gonzalez is enjoying her acting career — and her rumored new romance with Calvin Harris. While their relationship may not take them all across the globe in a matter of weeks a la Hiddleswift, it seems like Harris and Gonzalez are having plenty of fun taking it slow.