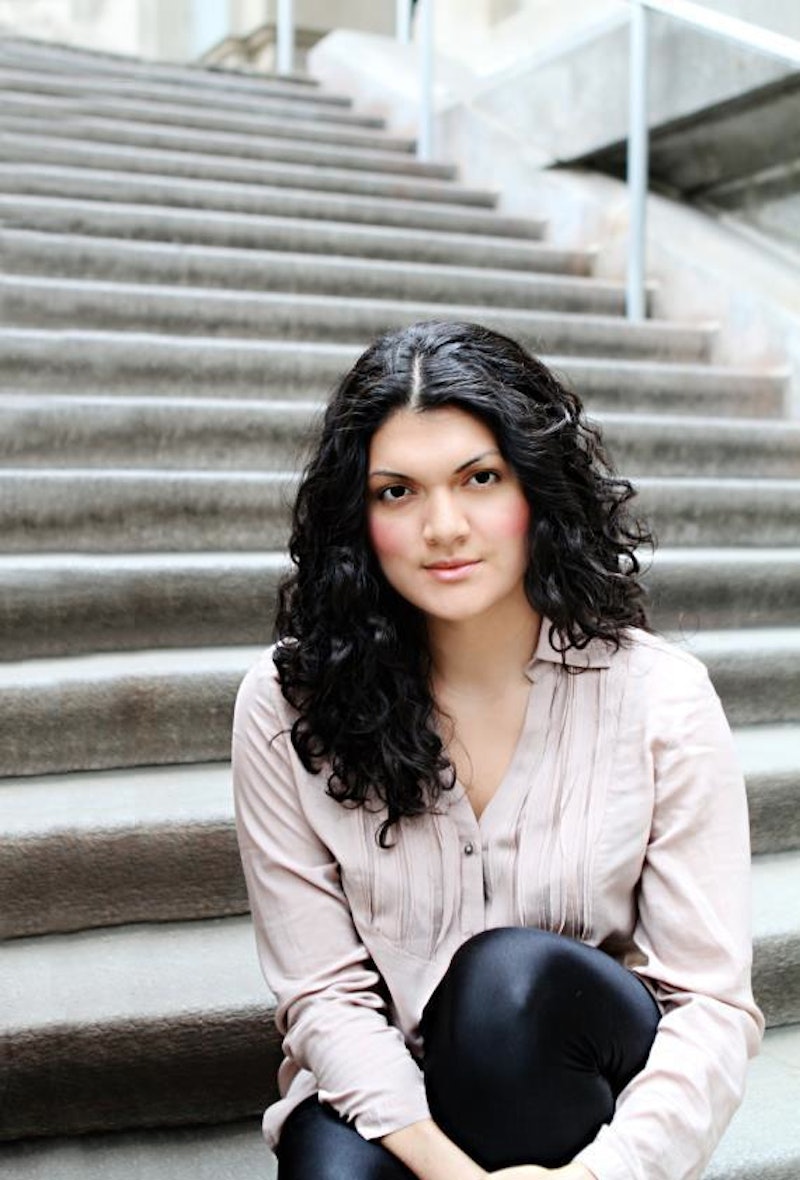 “Too fanciful,” my Greek mythology professor wrote. I’d just gotten my assignment back and stared at those two words next to the B–. The prompt was to write our own myth about a Greek god. I can’t remember which god I chose (probably Poseidon or a minor sea god, because it’s me), but I remember the grade and I remember the note. I was, after all, a creative writing major who loved myths. Greek myths. All myths. I deserved an A+!

When I challenged my professor’s claim, he told me that, while my story was “entertaining,” it didn’t do what Greek myths are supposed to do — it did not explain something grounded in the “real world.” I mean, clearly, spiders weave because Arachne dissed Athena, roosters crow in the morning because Alectryon fell asleep when he was supposed to be guarding Ares and Aphrodite’s love affair, seasons change because Hades kidnapped Persephone. You get the picture.

It’s been a long time since that class, and even though I still don’t agree with the grade that professor gave me, I do believe that myths in novels have to make sense within the concepts of their real worlds. In my new novel, Labyrinth Lost , the magical world and the myths that accompany it came with their own challenges. This is how I wrote them.

The Deos in Labyrinth Lost are the pantheon of gods worshipped by brujas and brujos. I knew I wanted to create “new” gods. The biggest challenge in doing this is that fantasy borrows from other cultures. The actual “borrowing” is where things get tricky. There’s a line between inspiration and cultural appropriation. That line is dangerous. I reminded myself that one person’s myth is someone else’s belief system, and I don’t get a pass if I use someone else’s belief system to further my fiction. But I desperately wanted to build a magical structure that wasn’t rooted in Western European magics.

Bruja is a Spanish word, and I wanted to represent the heavily mixed and complicated parts of Latin America while staying true to myself. In that sense, creating my deities starts with language. I chose to name the Deos using Spanish and Spanish-like words for their attributes. After that, I had to give them powers. I asked myself, What do the brujas of my world need from their gods? How are their powers divided? How do the brujas pray? How are they relevant in Brooklyn and in the other realm of Los Lagos? All of those questions went into creating the Deos.

“All brujas are witches, but not all witches are brujas,” my protagonist explains.

Bruja is the Spanish word for witch. In my Ecuadorian family, we call each other brujas as a joke. When you wake up with your hair messy, your aunt will say, “Oh, mira esa bruja!” When I wear dark lipstick, I get called a bruja. I will say that I am very proud of my RWF (Resting Witch Face).

The word itself has both negative and empowering connotations because Latinos are not a monolith. In Latin American countries, like Ecuador, the neighborhood “bruja” might be someone to be feared but is always the person you go to when you think you’ve been, “ojeado” or have the Evil Eye. In the last couple of years, I’ve seen Latin women all over the Internet take the word bruja back with pride — from the Latina skate crew in the Bronx to the women who practice modern brujeria. Brujeria is a faith for many, but it is not the faith in my book. In Labyrinth Lost, I chose to call Alex and her family brujas and brujos because their origins do not come from European traditions.

When I started tracing the origins of my brujas, I wanted to parallel the creation of Latin America and Hispanic peoples. We are all made up of Spanish (European and Iberian), African slaves, and Native peoples. Latinos are a product of brutal conquest and colonization. Though Labyrinth Lost is fantasy, and though my witches live in Brooklyn, I felt I needed to address the origin of their beliefs and ceremonies. How did brujas in Mexico add to the magical system? What do their incantations sound like? What makes this magic different from European magic typically attributed to witchcraft?

Step 3: The Other Realm

Labyrinth Lost is a portal fantasy, but the Brooklyn my characters live in is still magical. Brujas exist in secrecy, and so do other things that go bump in the night. My absolute favorite part about writing fantasy is creating other realms. Los Lagos is just one of the realms my brujas believe in. It was created by the Deos and was taken over by a powerful being called The Devourer. Los Lagos was born out of my love of Alice in Wonderland, Labyrinth, and The Princess Bride. I love a lot of things, but quests and journey stories have their own room in my heart. The girl Alex is when she’s home in Brooklyn is a lot different from the girl who gets through each hurdle she comes across in Los Lagos.

That’s a bit of the method to my madness. Labyrinth Lost started off as the book I wrote for the teen girl I was. The girl who wanted to fight alongside Xena and be part of Buffy’s Scooby squad. It became the book I needed to write for the person I am today, still fanciful AF.