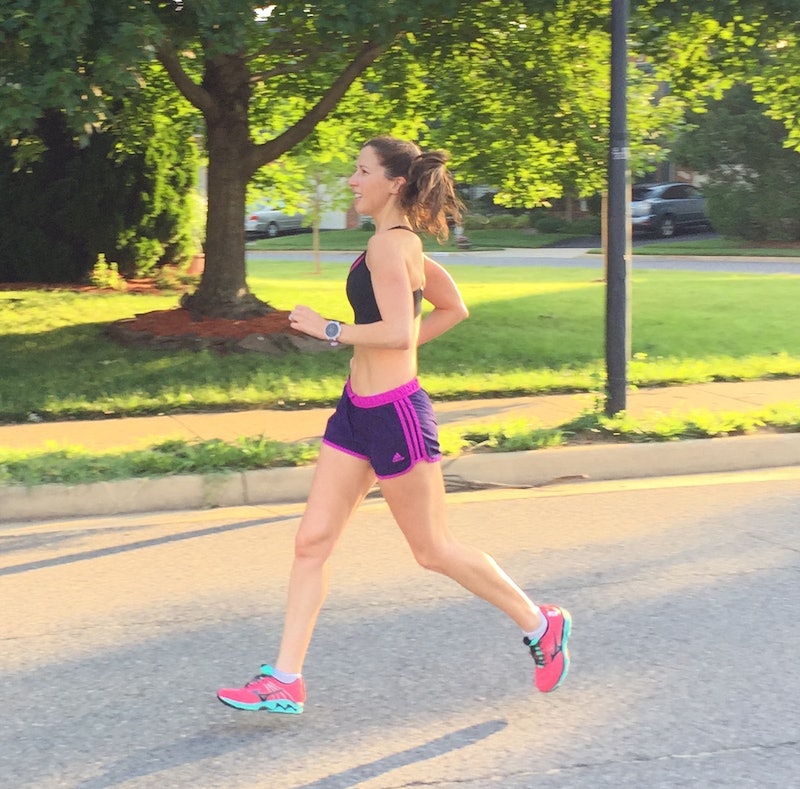 I didn’t fully understand the negative impact that my perfectionism was having on my well-being until I started to fail — and fail horribly. I spent seven years of my life tortured by repeated failures to achieve a single goal: qualifying for the Boston Marathon. I had determined that I wanted to qualify for this prestigious race in 2008. To do this, I needed to run a marathon 11 minutes faster than my best time. It shouldn’t be that difficult to run 26.2 miles just 11 minutes faster, right?

Wrong. Instead, I spent the next four years chasing after a goal that I would not be able to attain. For the first two years, my failure to qualify for Boston seemed like bad luck, with unfavorable racing weather, illness, and injury. But by the time things started going my way, I had put an enormous amount of pressure on myself to qualify. That’s when my own anxiety became the limiting factor.

With each failed attempt to qualify for Boston, the more determined I became not to fail. As such, anxiety would build up before each race, and I couldn't perform to my full physical ability. There were times when I could feel my heart pounding, and I would become exhausted before I reached the halfway point. I sometimes even dropped out of marathons halfway through. Even though I was newly married with a new home and a new job, I grew more and more depressed and restless. This one running goal had transformed into an ugly obsession, and had overtaken my sense of well-being.

Anxiety is tricky. If you tell yourself to not be anxious, you will likely become even more anxious. So after four years of feeling defeated, frustrated, and depressed, I finally enlisted the help of a sports psychologist. The psychologist was able to boil my personality down to a single word: perfectionist. I exhibited all the classic “symptoms” of perfectionism, without realizing the role they were playing in my race anxiety. Over the next three years, I worked with him to overcome my anxiety and underlying perfectionism, as I write about in more detail in my new book, Boston Bound.

Here are some of the most important lessons I learned from working with him.

1. I learned to focus on the things I could control — and stop obsessing over those I could not.

Instead of becoming frustrated by things outside of my control, like the weather or by an unforeseen injury, I started focusing on things I could control. I paid more attention to things like my race strategy, my effort level, and my preparation. And if a race didn’t go well due to circumstances beyond my control, I wouldn’t wallow in self-pity.

Outside of running, I was able to apply these principles to work, friendships, and any other obstacles that came my way. I stopped trying to control how other people perceived me, and I realized that it really didn’t matter as much as how I perceived myself.

2. I learned the true meaning of hard work.

Most people work hard at things they are good at. For me, that was marathon training. I was extremely consistent with my workout schedule and was able to increase my physical fitness substantially over the course of four years. What I wasn’t good at was tempering my emotions, being patient, and focusing on the process rather than the outcome. Once I started to work on these mental challenges, I realized what it meant to break out of my comfort zone both in running and in other areas of my life.

3. I stopped comparing myself to other people.

As a perfectionist, comparing myself to other people was automatic. When my friends qualified for Boston or ran faster times than me, it would make me feel even worse about myself. I didn’t know how to change these feelings and social media magnified this issue. Ultimately, I realized that I was actually hurting myself whenever I allowed someone else’s accomplishment to diminish my own. It took some time, but eventually I started focusing on my own journey to Boston, and stopped focusing on what others were doing.

4. I started measuring my self-worth by HOW I did things, not WHAT I did.

The reason I was so distressed over my failure to qualify for Boston was that I defined myself by my accomplishments. If I wasn’t accomplishing things, what was I worth? I learned to change my mindset when I realized that I don’t judge my friends by their accomplishments. I value them for more personal qualities like trustworthiness, dependability, and ability to empathize. So why couldn’t I value myself for those same things?

5. I discovered the difference between self-esteem and self-love.

Self-esteem and self-love are two different concepts that often get confused. I’ve always had high self-esteem because I’ve accomplished a lot in life. I did not have self-love, however, because I didn’t value myself based on how I accomplished these things. I now recognize and value the perseverance, passion, emotional strength, and patience it took for me to qualify for Boston. In other areas of my life, like my relationships, I value myself for my genuineness, honesty, creativity, and reliability. I even learned that I have a decent sense of humor.

6. I learned how to stop speculating and prevent self-fulfilling prophecies.

While having goals is an important part of success, trying to predict whether or not I would reach them was counterproductive. For example, I used to speculate on how the weather would affect my races, which would lead to increased anxiety. This anxiety would compound any unfavorable weather conditions and become a self-fulfilling prophecy. Ultimately, I learned to set expectations of myself that I knew I could meet, like pushing hard all the way through the race and not giving up.

7. I realized that I needed to stop getting so annoyed by the little things.

To perform well, I realized that I needed to ignore the things I liked or disliked — I needed to be emotion-neutral. With marathons, there are plenty of additional challenges that arise on top of running 26.2 miles: heat, hills, humidity, headwinds, icy patches, jarring music, and more. I learned to only pay attention to the obstacles that required me to change my actions and to ignore annoyances or things that were unpleasant. This lesson can be applied to almost anything in life. If something bothers me, I simply ask “can I still be successful in spite of this?” And usually the answer is yes.

8. I realized my perfectionism was the main thing holding me back.

I had always thought my perfectionism was a good thing — it’s what made me successful in school, in my career, and in running (at least up until I decided I wanted to qualify for Boston). But once I realized that my perfectionism was actually holding me back, I was able to break free and realize my full potential.

Not only did I qualify for Boston and run the race in April 2016, I became more at peace with myself. In fact, it wasn’t until I had fully conquered my demons that I was able to relax enough to achieve my dream goal.

More like this
The 4 Best Glues For Broken Ceramic
By Maria Cassano
These Incredibly Cute Cover-Ups & Swimsuits Are Under $30 On Amazon
By Nicole Zane
Your Feet Could Feel, Look, & Smell So Much Better With Any Of These Clever Things
By Allison Bolt
Designers & Realtors Say These 45 Cheap Home Upgrades Give You The Most Bang For Your Buck
By Rebecca Martinson
Get Even More From Bustle — Sign Up For The Newsletter