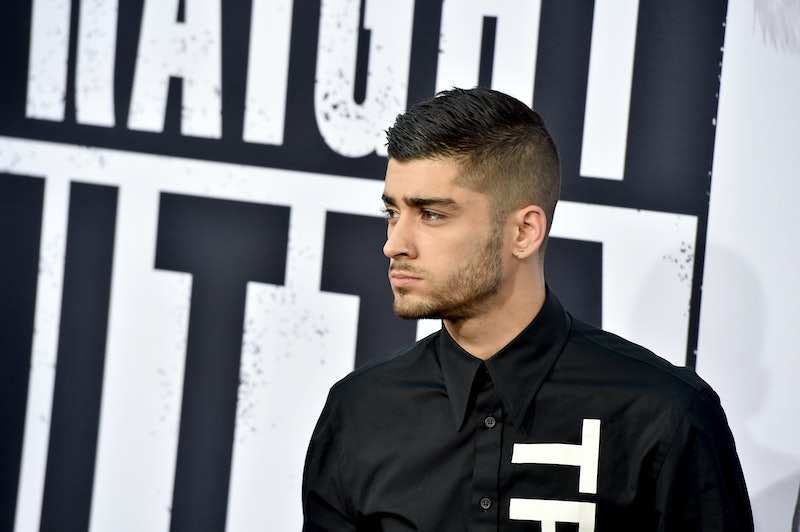 Sometimes, in the world of entertainment news, there are events that transpire that are so magical that you can't help but giggle with glee at the thought of them. Dick Wolf collaborating with Zayn Malik for a television drama called Boys, which tells the story of the rise of a highly successful boy band, is one of these magical moments. The NBC series will be inspired by the life and experiences of everyone's favorite former One Direction member. A story based on Zayn's life is all well and good, but what would really make this experience would be if Zayn were in charge of the songwriting for the series.

According to the Variety article, First Access Entertainment’s Sarah Stennett will be the executive music producer for the series, which means she will manage all music rights created in the series in partnership with NBCUniversal. So we're definitely going to be getting some original music from the series, and who better to create it? Meanwhile, Noelle Wolf, collaborating producer and wife of Dick Wolf, stated that, "casting and original music will be major components, giving the show promotional potential on multiple levels." It's looking more and more like we'll get some Zayn original flavor.

Zayn became famous around 2010 after auditioning for the UK televised singing competition, The X Factor, and getting placed into a group with other candidates Niall Horan, Liam Payne, Harry Styles, and Louis Tomlinson that would be billed as One Direction. The band released some of those songs that get stuck in everyone's heads like "What Makes You Beautiful" (thanks guys), but then Malik made the decision to go solo in 2015. Apparently, the success of his solo career isn't enough, and he's hopping into television.

Producer Dick Wolf is known for his work on the long-running crime drama, Law & Order, which is very well-known for its iconic, beat-driven opening. While the concept of that drama is very different from Boys, music will definitely play a big part. Wolf has just the solo artist he needs to make this music-themed series a fun one.

It will definitely be interesting to see what Zayn Malik, Dick Wolf, and company create together. Bring it on.

More like this
Harry Styles Addresses The Theory That His New Song "Daylight" Is About Taylor Swift
By Jake Viswanath
Selena Gomez Joked About Her Relationship Status In Her ‘SNL’ Monologue
By Grace Wehniainen
After 'Heartstopper' Used This Indie Artist’s Song, Streams For It Soared 8,000%
By Alyssa Lapid
Danny Boyle's 'Pistol' Explores The Extreme Highs & Low Of An Iconic '70s Band
By Rachel Mantock
Get Even More From Bustle — Sign Up For The Newsletter