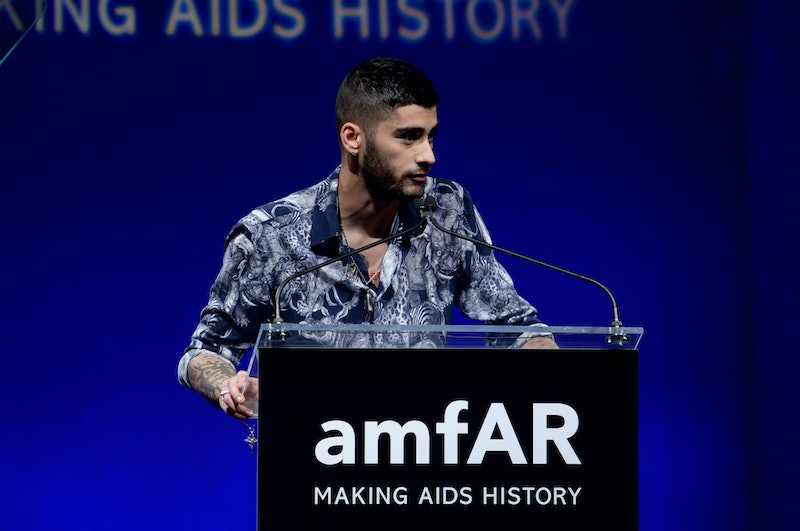 When it comes to his time in One Direction, the British boy band that took the world by storm, Zayn Malik has had interview after interview in which he made his many feelings about his time with them clear. Now, he’s taking advantage of his experience as one a member of the world’s most popular boy bands and sharing it with the world in a new way. Zayn is developing a boy band drama for NBC that will be at least in part inspired by One Direction. The series, Boys, will follow the creation of a wildly popular boy band and largely be inspired by One Direction’s own rise to fame. However, what I want to know in all of this is will the band appear on Zayn's new show? For a series that will be largely about their lives, it might be a good idea to include them from the start.

Not that Zayn necessarily needs the band’s permission to make a show that is based on his own experiences. I’m pretty sure that as long as the series is dubbed fiction (and as long as no one bears too much of a likeness to any of the actual band members), there shouldn’t be a problem in bringing this series to life. But considering that Zayn has a long-standing history with the other guys in One Direction, I would think the best way to avoid burning bridges would be to include them in the creative process at some point. If that means that the guys make appearances on the show in some capacity, then the more the merrier.

So, because of that, I’m not holding out hope that One Direction will appear on Zayn's new series. But if they do decide to pull out a miracle and make it happen, I will be the first person to throw a premiere party. And celebrate the reunion of One Direction for the first time in way too long, because that would be a moment in music history too good to pass up.

More like this
Harry Styles Addresses The Theory That His New Song "Daylight" Is About Taylor Swift
By Jake Viswanath
Selena Gomez Joked About Her Relationship Status In Her ‘SNL’ Monologue
By Grace Wehniainen
Danny Boyle's 'Pistol' Explores The Extreme Highs & Low Of An Iconic '70s Band
By Rachel Mantock
Oops! The 'Stranger Things' Monopoly Game Has Spoilers For Season 4
By Alyssa Lapid
Get Even More From Bustle — Sign Up For The Newsletter