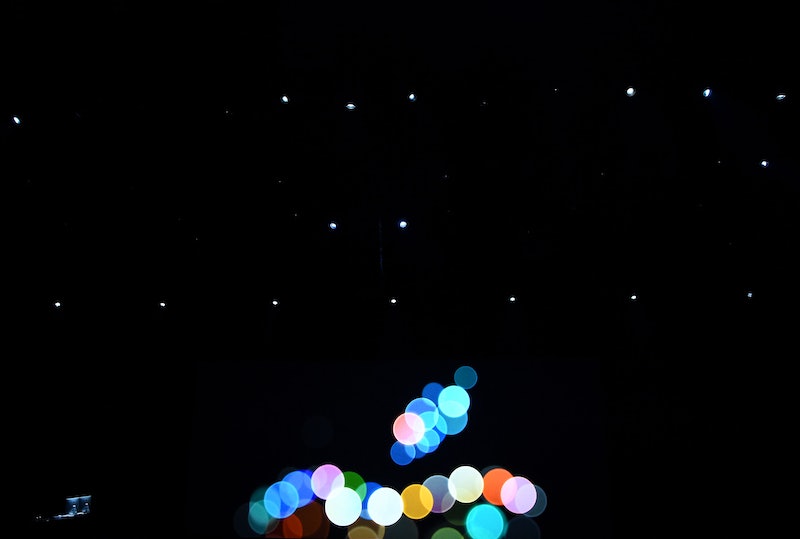 People everywhere love tuning in to the highly-anticipated Apple events, especially for the news products and iPhone features. One of the new supposed features about the iPhone 7 is that it may be waterproof. For anyone who has ever suffered the tragedy of damaging an Apple product by spilling something on it (like yours truly) this will surely be a most welcome feature. In a promoted Tweet that went live alongside the beginning of Wednesday's Apple events, Apple revealed that the iPhone 7 is water-resistant, which is pretty awesome.

Before the Wednesday Tweet declaring that the new iPhones would be water-resistant, those looking to take their smartphones on an aquatic adventure had to purchase separate waterproof cases. By making the iPhone 7 water-resistant, Apple is providing its users with something they've wanted all along and making their new products better than ever before. And as many iPhone owners are aware, the cost of out-of-warrant repairs can be expensive, so in addition to taking selfies when deep-sea diving, the new iPhone 7 will also save an owner quite a few bucks in the case that the phone sustains liquid damage, which, again, is incredible for users.

In addition, the iPhone 7 is likely going to be lighter and thinner than previous models and will have a better processing chip, thus making it faster, as has been the case which each previous phone model. Another exciting, new feature of the iPhone 7 is the reported absence of a headphone jack, which means the phone will either have wireless headphones to use with a Bluetooth connector. Apple also announced the release of AirPods, the company's new wireless earbuds.

The Apple Watch is also now waterproof, so you'll never have to miss a thing while swimming again.

More like this
The 10 Best Waterproof Watches For Swimming
By Lauren Moison
100 Clever Gifts Under $25 When You Have No Idea What To Get
By Maria Cassano
Using Your Pet’s Name As A Password? Here’s Why You Might Want To Change It
By Cristina Sanza
What Is “Night Luxe?” Breaking Down TikTok’s New Aesthetic
By Courtney Young
Get Even More From Bustle — Sign Up For The Newsletter