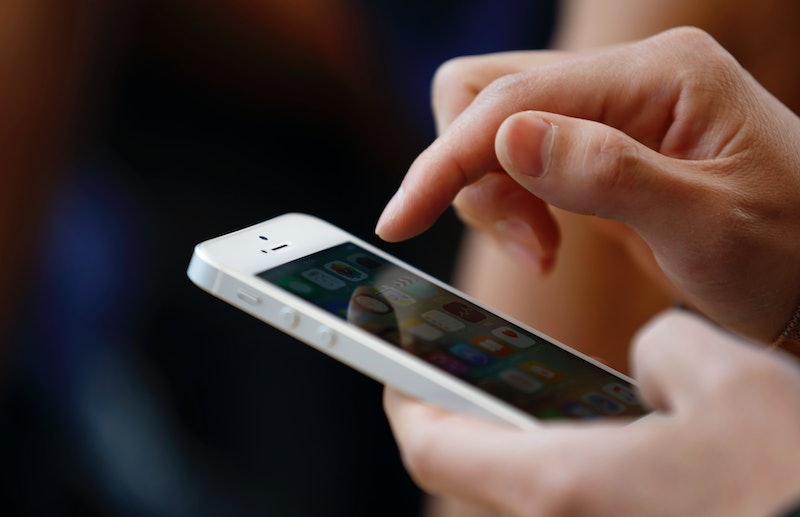 You've already heard about Apple's annual product launch event on Sept. 7, and now you want to buy the new iPhone 7 — but is that all you'll need to buy? With the latest iPhone model, you may need to stock up on some new accessories, but a charger won't be one of them. As announced on Wednesday, the iPhone 7 will work with an iPhone 6 charger, seeing as Apple's signature lightning port has become even more important on its newest device.

Ahead of Apple's big event, it had been rumored that iPhone 7 would not feature a traditional 3.5mm headphone jack (aka the port you've always plugged headphones into since the time of your grade-school walkman). This redesign follows a trend that Apple has created over the years of removing and condensing ports whenever possible. For example, newer MacBook models don't have CD/DVD drives, and MacBook Air doesn't have an HDMI port. The port-reducing trend fits with the company's minimalist taste, and it makes their products sleeker and thinner, not to mention water-resistant.

Apple's new model without a headphone jack could suggest that the lightning charger won't be going anywhere any time soon. After all, the lightning port will now be the only port available on the iPhone 7 and iPhone 7 Plus. As a result, your iPhone 6 charger should remain relevant.

But headphones probably aren’t the only thing you’re plugging into your current iPhone’s headphone jack. Particularly if you drive a car without Bluetooth functionality, you may regularly use an auxiliary cord to listen to the music or content on your phone through a car radio. You may not have to say goodbye to your lightning port charger with iPhone 7, but you may have to permanently pass the aux cord. Apple will offer an adapter for the lightning port to save you from such an inconvenience.

For now, your iPhone 6 charging cord will meet the standards of Apple's iPhone 7 redesign. Many experts have surmised that Apple kept this year's iPhone upgrades relatively minor in order to build up anticipation for next year's unveiling, which will likely celebrate the 10th anniversary of iPhone.