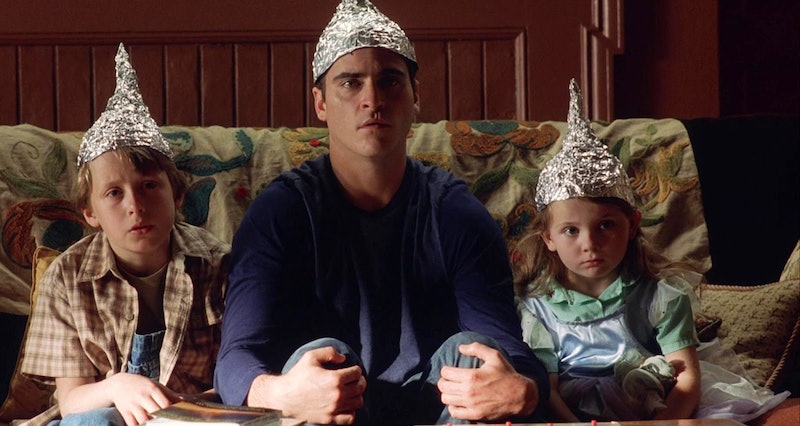 In cinema, when a twist is done just right, it can seep into the public’s collective consciousness. A twist can become a synecdoche, compelling viewers to reconsider every previous event. In an instant, Luke Skywalker’s existence is redefined by supervillain Darth Vader being unveiled as the father he never knew. John Doe’s impeccably sinful master plan in Se7en comes to fruition only when Detective Mills (Brad Pitt) realizes it’s his wife’s head in the box, that he was going to be a father, and he imposes his wrath. In The Sixth Sense, the realization that Haley Joel Osmont’s Cole Sear sees ghosts and that Bruce Willis’ Dr. Malcolm Crowe had been dead the whole time completes a Tetris-esque falling-into-place of the plot.

You get the idea.

A fantastic twist can turn a great piece of art into a timeless classic, whether it’s film or literature. Admittedly, a cinematic twist, as it’s a visual medium, could be seen as more difficult to pull off. After all, M. Night Shyamalan has chased his spellbinding Sixth Sense twist with astounding and increasingly strained effort (The Village, Lady in the Water, The Happening) while Gillian Flynn seems to blow away readers with magnificent twists in every novel.

Regardless, does an ineffective reversal of audience expectations — be it a failure in form or a twist that simply doesn’t make sense — render the entire work unenjoyable? Or should the twist, good or bad, simply be an aspect of the overall work? Take Shyamalan’s twist in Signs, for example. That aliens with a fatal water weakness would invade a planet whose composition is more than 70% water is asinine. New York Magazine’s Peter Rainer said it best: “[He] seems to have boxed himself into a corner. The Sixth Sense, his best picture, had a marvelously successful story gimmick that became clear only in its final moments. [He's] at it again. [The] best surprise ending he could give us in his next movie would be no surprise ending at all.” What had previously been an enjoyable film, to most, was obliterated by a nonsensical reversal.

It was Signs-era Shyamalan and Rainer’s review that came to mind while reading Iain Reid’s I’m Thinking of Ending Things . (I’ll get to my reasoning in a moment.)

[Fight Club Spoilers Ahead] In literature, arguably the granddaddy of all twists is Chuck Palahniuk’s Fight Club . When Marla Singer tells our previously unnamed narrator, “Tyler Durden. Your name is Tyler-Butt-Wipe-for-Brains Durden,” the blood runs cold. That the enigmatic, nihilistic, violence-condoning Tyler Durden — who, at that point, had enabled thousands of frustrated men all over the country to fight back against complacency and orchestrated mass domestic terrorism — was holed up inside our dissociative identity-stricken protagonist was horrifying. Suddenly, Marla Singer and Tyler Durden never being in the same room (done fantastically in Fincher’s film adaptation) makes sense.

It’s the culmination of a primal fear: “What happens when I’m asleep?” Every night, when our unwitting insomniac narrator, through great effort, finally drifted off...Tyler came to life, a quasi-autopilot deviant wreaking havoc.

Palahniuk executes the twist through the fantastic development of his protagonist. The narrator works as a product recall specialist for a major auto company. He travels incessantly for work, he’s depressed, he’s almost entirely alone and he’s overwhelmed with a desire to acquire materialistic symbols of wealth. Though he doesn't realize it, he feels trapped, hindered, emasculated by the demands of adulthood and the working world. He has no gauge of what it means to be happy; his dissatisfaction with his status and life choices, when coupled with insomnia, manifest themselves in the unconscious creation of Tyler Durden, the narrator’s ideal portrait of masculinity. Tyler Durden and our narrator being one and the same not only legitimizes the events preceding the reveal, but strengthens them.

The reviews for Iain Reid's I’m Thinking of Ending Things have been stellar. It’s the story of a woman and her new boyfriend driving to meet his parents, when she comes to the realization that she wants to “end things,” interspersed with chapters from the POV of other characters discussing a murder. NPR called it an “enthralling” psychological thriller that “keeps readers guessing” while “[dropping] clues along the way.” The Chicago Tribune opined “the dense psychological space [the characters are] traveling through remains as full of dark surprises as your friendly neighborhood black hole.” The Independent , in a four-star review, called it “deliciously frightening, [a] chilling debut.” Not to mention, a website courtesy of publisher Scout Press, vehemently warning of spoilers, went up almost instantly.

By all means, this was a well-reviewed, highly-touted novel, worthy of public acclaim. I was sucked in. However, thirty pages or so in, I wasn’t blown away. That’s not to say Reid’s writing isn’t absolutely chilling. I was constantly checking over my shoulder, closing doors, pulling blinds shut. Reid’s fast-paced language is evocative, spine-tingling, and razor-sharp. A quote from the novel: “You will be scared. But you won’t know why.” This much is true.

My dissent is in the twist: Readers with a reverence for Fight Club had the twist of I’m Thinking of Ending Things foiled within the first thirty pages. If you pay attention to the details, it's clear quite early on what's actually happening. (As Reid's novel is still relatively new, we won't spoil it for you, though.)

That being said, on the final page of Reid’s novel, he writes about one of his main characters' journal: “You should read it. But maybe start at the end. Then circle back.” It’s ambitious and bold of Reid. However, upon doing just that, the confusion and mystery that come with the first read are gone, and so is the thrill. Reid’s build-up and tension is what makes the novel worth reading; the twist and subsequent rereading undermine it all. Not to mention, a second read will reveal early details and plot points as deliberately obfuscating on Reid's end.

Ultimately, Reid’s debut is worth reading for his deft ability to create tension and atmosphere; I can recall very few times in recent memory I’ve been so physically unnerved by a novel. But ultimately, to offer an answer to an earlier question, the twist should be regarded on its own, as an aspect of the larger work and not the defining characteristic of the work. Reid’s twist may have been foreseeable — and unwittingly, a reminder of Palahniuk’s outstanding revisit-worthy 1996 novel — but an ineffective twist doesn’t render the entire work moot. There’s still plenty to enjoy.