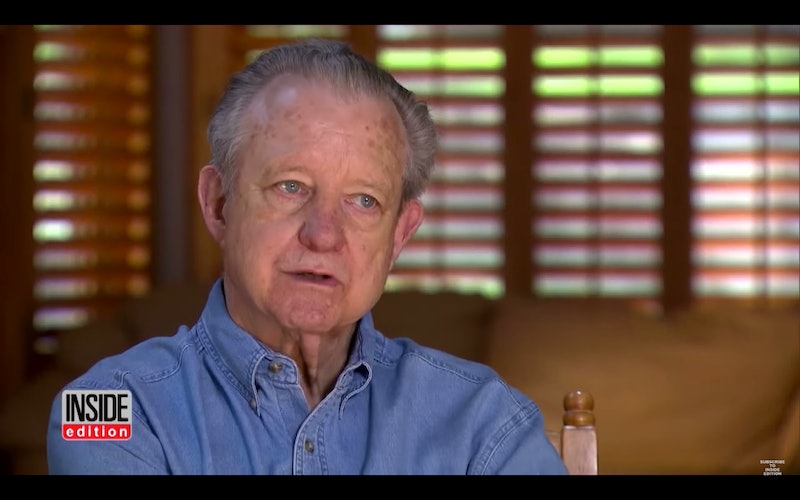 None of the leads over the years have led police to a prosecution in the death of JonBenét Ramsey. But that doesn't mean there aren't plenty of people who have their own theories. Many are internet bloggers and those obsessed with the '90s crime. But others are closer to the investigation. Speaking of those people, who is Ollie Gray? He's a private detective that was at one point hired by the Ramsey family to investigate JonBenét's death. And he has his own theory — even now 20 years later — as to who killed the six-year-old beauty queen.

Consider his interview on the TODAY show. He said he continues to work on the investigation without pay, despite struggling with Parkinson's disease. He blamed the police for never finding the real killer:

You have to look for something in order to find something, and unfortunately for this particular case, you had a totally inexperienced police agency. There are probably three or four people that should have been investigated earlier and still need to be investigated.

One of those people that Gray pointed to was Michael Helgoth, a 26-year-old man living nearby who committed suicide two months after JonBenét's death. "He was basically a hell-raiser," Gray said of Helgoth on TODAY. He added that he thinks there's a taped confession somewhere, but he didn't explain how he came to that allegation or whether there was proof. Helgoth's family denies he had anything to do with the murder.

Gray repeated the claim on Inside Edition, going so far as to claim that Helgoth's death was not a suicide. Ultimately, though, the police have not gone down this route. A 48 Hours investigation showed that the DNA recovered from JonBenét's body does not match that of Helgoth. At the same time, a police forensics expert Greg LaBerge told 48 Hours that is not a guarantee he wasn't involved. "Investigators must be careful not to put all the weight in the investigation on the DNA because the DNA, as important as it is, could be misleading them, depending on who it matches or who it doesn't match," LaBerge told 48 Hours.

The Boulder Police Department released a video statement on Sep. 1, 2016. They did not address this or any other theories, but Boulder Police Chief Greg Test did say that the case is still open with law enforcement actively investigating. "They receive and evaluate information on a regular basis," Test says in the video clip. "Our goal continues to be an arrest and successful prosecution, which is why we will not discuss or release details or evidence in this investigation."

Members of JonBenét's family have been featured in an A&E documentary and her brother, Burke, gave an interview to Dr. Phil which aired on Sep. 12 and 13. Part 3 of the interview will air on Sept. 19. Questions about the family's relationship with Gray could be on the table, so stay tuned.