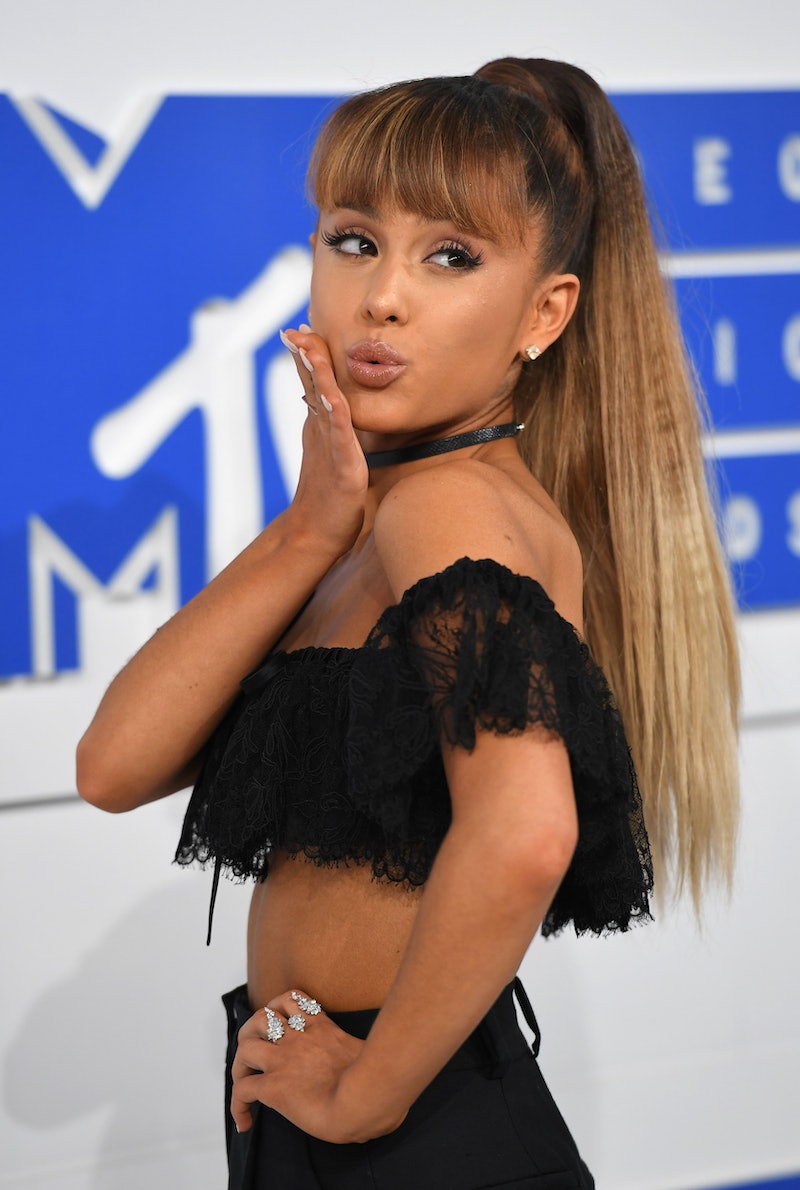 It is now Instagram official: Ariana Grande and Mac Miller are dating, as evidenced by the "Side to Side" singer's latest Instagram post, which features Grande and the rapper lying on the floor with her legs wrapped around the rapper. The sweet (and borderline sexual) photo serves as official confirmation that the two are together, especially because Grande captioned the shot, "baabyyy," tagged him in the picture, and uh, has her legs wrapped around his neck. While buzz about the couple's relationship status has been heating up over the past few weeks — particularly because Grande awkwardly confirmed that the two are an item on the VMAs red carpet and subsequently spent the rest of the award show being adorable with him — this Insta pic is the first social media post from either party that confirms the relationship.

And while there was some backlash about the sexual nature of the photo (one commenter wrote: "So inappropriate for Instagram. Especially for your younger followers"), the picture, for the most part, was met with positivity and excitement from fans, especially now that the two have made things ~Insta official~. This, of course, most likely means we can probably expect more couple-y Instagrams in the future.

TBH, it seems like Grande and Miller can't seem to get enough of each other. The Instagram is one indication, for sure, but one look at their VMA photos will having you shipping them hard. They're all over each other, but not in a gross, "get a room!" PDA kinda way — instead it's that giddy, beginning-of-the-relationship feel, and it is contagious. Like, it will give you all the butterflies:

If this is what Miller and Grande look like when they're camera ready, I have just four words for them: BRING ON THE 'GRAMS.