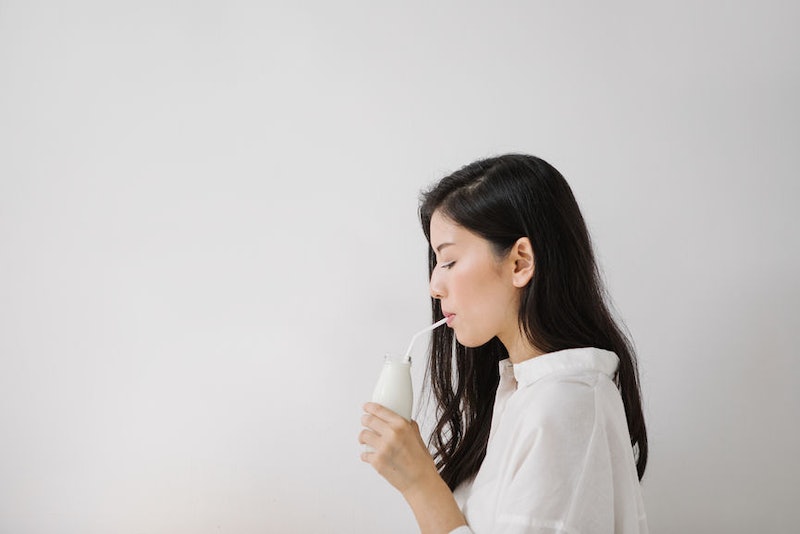 I like milk. In cereal, with tea and coffee, with ice, with chocolate in it, and sometimes just on its own. But even I, with my love of the stuff, am sort of freaked out by the news that a European dairy company is releasing a carbonated milk beverage. That’s right, carbonated milk. Sort of like Perrier, only opaque… and milky.

I’m not sure I can handle it. I just think about the words “milk soda,” and my brain sort of collapses in on itself. But who knows? I'm skeptical (to say the least), but I've never actually tried carbonated milk. Maybe it’s actually good…?

Last week, Arla, a Swedish-Danish dairy company, announced the launch of three new beverages: A “sparkling milk & fruit drink, a milk & tea drink and an energy drink rich in protein,” according to an Arla press release. The move is part of an effort to grow the company’s business outside of the traditional white milk sector and pick up some of the market that usually goes to sodas.

According to The Local, Arla will first test out its bubbly milk in the UK, Singapore, and the United Arab Emirates. If all goes well, it will take the fizzy drink to a wider market. Arla is hoping that carbonated milk will inspire more customers to drink milk outside of the home. “This will create new sales opportunities for us in places such as convenience stores, petrol and train stations, gyms, workplaces, cafes, bars etc., where we are hardly even present today,” Hanne Søndergaard, executive vice president for global Marketing & Innovation in Arla, explained in a press release.

As Vice points out, this isn’t the first time that a company has tried to sell fizzy milk, and past experience has shown that many customers are less than enthusiastic about dairy in their soda. In 2003, UK company Britvic released a drink called “Tango Strange Soda” that combined carbonated milk, fruit juice, and water (the ad campaign was about as weird as the drink itself). Unsurprisingly, Britvic pulled the drink after less than a year; a company exec explained, “[T]he concept of the drink has proved too challenging to consumers.” Only time will tell if the new Arla version will suffer the same fate.