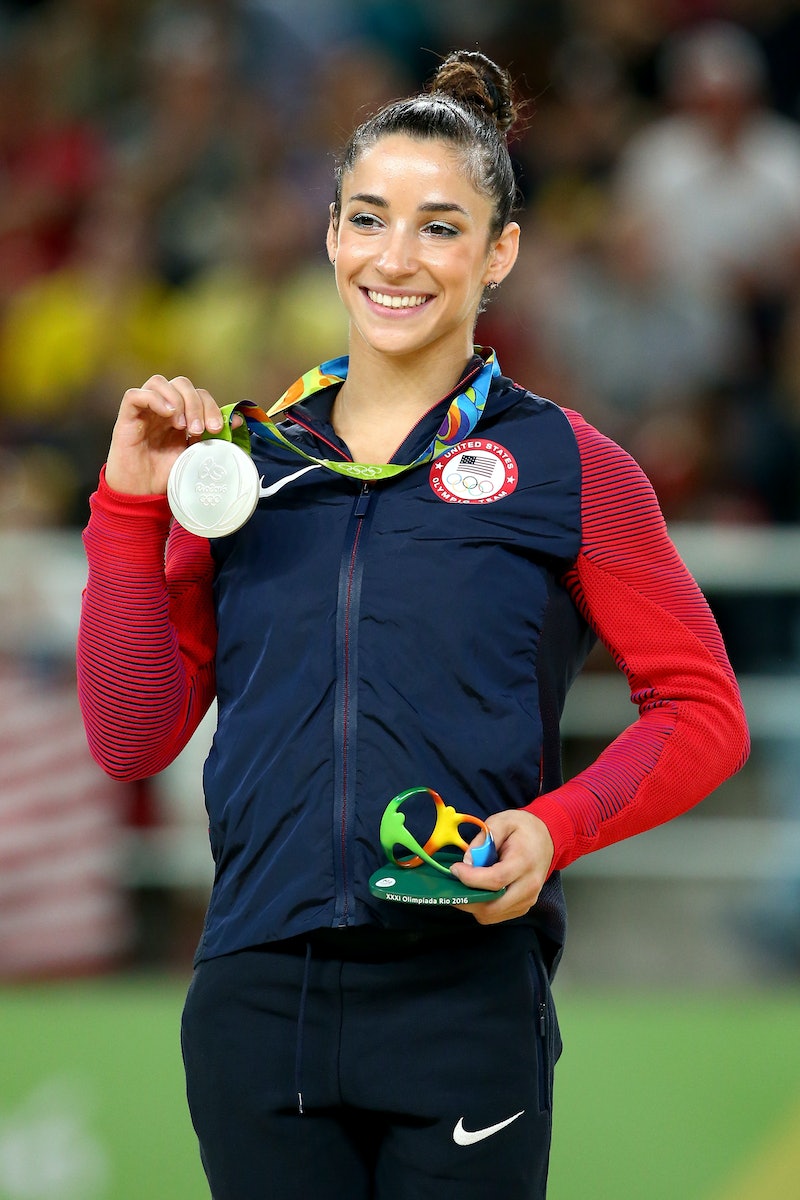 Final Five fans, rejoice: You haven't seen the last of two-time Olympic team captain Aly Raisman. In fact, Raisman is aiming to compete at the 2020 Olympics in Tokyo, she revealed on an episode of Ellen on Wednesday. If there is one sentence in the English language that requires those "hands raised in joy" emojis, it is that one. RAISMAN 2020.

At 22, Raisman — who won three medals in Rio despite referring to herself as a "grandma" — was the oldest gymnast on her team, and gymnastics is a sport where athletes often retire from competing in their teens. So to see Raisman not just repeatedly defy those odds and kick major ass on every apparatus (that silver medal floor routine in the individual all-around though) but declare that she's aiming to go for Tokyo 2020... the talent, the athleticism, the determination, the empowerment — it is effing REAL.

While Raisman undoubtedly has years' worth of training ahead of her and numerous competitions to compete in in order to qualify for the next summer Olympics (and this time, there will only be four spots on the Olympic team), there is no doubt in my mind that she is fully capable of becoming a consecutive three-peat Olympic gymnast. After all, she and Fierce and Final Five teammate Gabby Douglas already made Olympics history this year by becoming two of only a small number of gymnasts to compete in two consecutive Olympic games, and Raisman knocked it out of the effing park in every routine.

The fact that Raisman is not only not retiring but aiming to compete in 2020 really just says it all: She is in peak physical condition, is more determined and in love with the sport than ever, and is ready and willing to see what the rest of her gymnastics career has in store for her. And with the inspirational story of Oksana Chusovitina on everyone's minds (the 41-year-old Olympic gymnast who has competed in every Olympics since 1992), I'm even more ready for Raisman to compete in Tokyo. My only complaint? That it's four years away.

RAISMAN FOR THE GOLD.

More like this
What Is Jeanie Buss' Net Worth? The Lakers President Is Uber Rich
By Hugh McIntyre
Jake Daniels Just Became The UK’s First Active Football Player To Come Out As Gay Since 1990
By Sam Ramsden
'Dirty Dancing's Jennifer Grey Wants Harry Styles To Be The Sequel’s Love Interest
By Grace Wehniainen
Playing A Scrub Nurse On 'Grey’s Anatomy' Made BokHee An Instagram Royalty
By Brad Witter
Get Even More From Bustle — Sign Up For The Newsletter