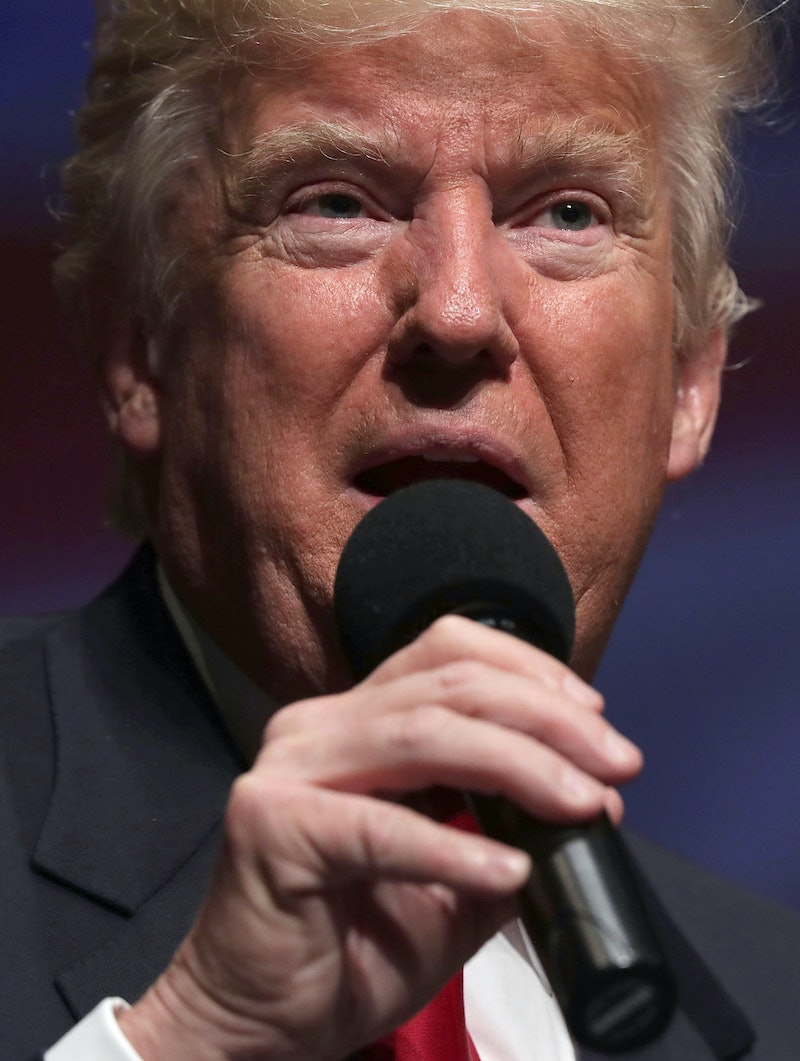 This past year I lived in the United Kingdom, and as I was often the only American in the room when Republican presidential underdog-then-frontrunner-then-nominee Donald Trump would do something particularly abhorrent, people would turn to me, either for an explanation (I’d attempt to give them one, but usually it just ended up with ¯\_(ツ)_/¯) or more frequently, for reassurance. Early on in the primary I’d do my best to reassure my British friends — there's no way Trump will make it to the White House. However, Trump’s subsequent successes made my denouncements more cautious.

In the end, I broke down into an 80/20 state of mind. Roughly 80 percent of the time, I was confident that reason would prevail, and that the American electorate would not elevate a demagogue spouting racist and sexist views to the White House. But then, 20 percent of the time, my breathing would become short and shallow and I’d have to grab my pillow and rock quietly in the corner of my room.

This week is a 20 percent moment. Polls are showing the race tightening. The Fivethirtyeight’s polls-only forecast — which just a few weeks ago put Trump’s chances of victory at just over 10 percent — now says he has nearly a 1-in-3 chance of winning. RealClearPolitics’ average, which had Clinton up nearly 8 points following the Democratic Convention, now shows her up by only 3.3 points, 2.4 points if you add in third-party candidates Gary Johnson and Jill Stein.

So, what does it all mean? Nate Silver had an interesting Tweet-review of the race and the relationship between polls and media coverage, using sexy words like “sine-wave pattern” to help explain this washing machine feeling of one second Clinton being miles ahead and Trump melting down, and the next second, things being neck-and-neck.

MSNBC even went so far as to join in the heretofore exclusively conservative practice of “unskewing” polls by picking apart the latest CNN/ORC poll released Tuesday that showed Trump ahead by two points. Host of Meet the Press Chuck Todd claimed that the poll oversampled white voters without college degrees; the adjusted poll gave Clinton a four point lead.

This is as good a time as any to remind ourselves what exactly polls are telling us: it’s the response of what a thousand people (give or take) told a pollster (or an online survey) who they would vote for. The audacity of polls is that they appear to (rightly or not) predict the election results before the election.

But of course, predicting the future is impossible. Polls give us a flavor of where the race is — and the flavor of this race seems to be close, with a slight lead for Clinton — but if we know that the actual result of the race won’t be known until November, why do we let our hearts palpitate with every twitch of the line graph?

The simple answer for me is because the thought of a Trump presidency causes sleeplessness, and we all need our sleep. But behind that, there’s a notion that if Clinton is comfortably ahead, we don’t have to do anything; we can just sit back and let the election happen.

In this cycle, however, passivity is a calculated risk. Nothing should reassure any Trump-opposer short of his definitive loss in November. Until that is in hand, those of us who are anti-Trump must proceed as if he has a viable chance — even if he’s trailing in the polls — and do what we think is necessary to ensure a Trump-free government. If that means knocking on doors and turning out voters, or phone banking, or just talking to friends and family, so be it. But at the very least, the one thing we should not let polls talk us into is a complacency where we don’t vote.

The fact that Trump is still in the race means things are closer than is comfortable — we don’t need any poll to tell us that.