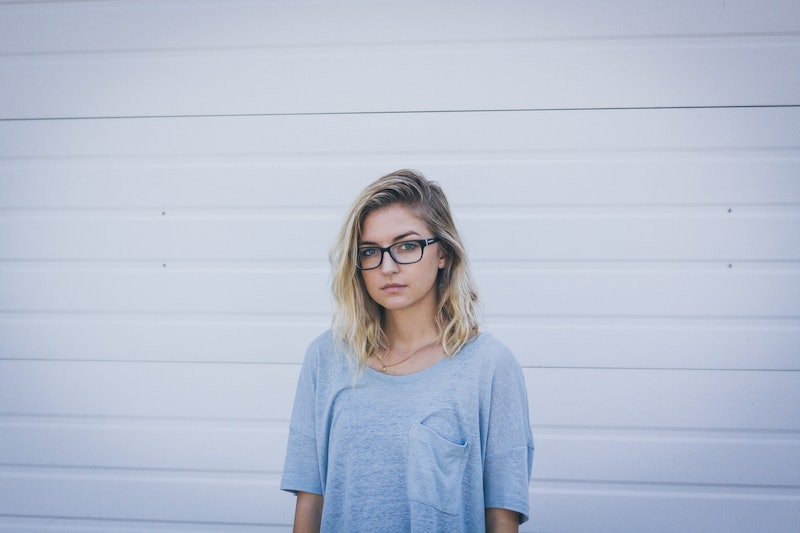 If you were asked to list the characteristics of a person with psychopathy, you'd probably look to famous fictional examples — Hannibal Lecter, Patrick Bateman, or any of the other charming killers that have fascinated the public in the past — for your answer. These characters are exaggerated, of course, but according to a recently developed psychopath test from researchers at the University of Huddersfield, the popular portrayal of a person with psychopathy isn't just sensationalized for storytelling purposes. It also glosses over one of their most important characteristics: Egocentricity.

Despite their reputation, people with psychopathy aren't necessarily violent, although their inability to empathize does tend to get them into trouble with the law. However, the characteristics of a person with psychopathy extend beyond their conscience, or the lack thereof. As researcher Kent Kiehl explained to WIRED, "With psychopathy the main features are lack of empathy, guilt, and remorse — and impulsivity." In short, people with psychopathy are selfish in the extreme, which goes a long way toward explaining their tendency toward manipulation and disregard for others. In a study published in this month's Journal of Criminal Justice, Dr. Daniel Boduszek developed the Psychopathic Personality Traits Scale (PPTS), which consists of 20 brief statements intended to measure the "essence of a psychopathic personality" — including egocentricity.

Researchers presented the PPTS, among other tests, to nearly 1,800 prisoners at ten maximum- and medium-security Polish prisons; some prisoners were violent offenders, while others were nonviolent. The final version of the scale can be divided into four subscales: Egocentricity, manipulation, cognitive responsiveness, and affective responsiveness, or the ability to respond with appropriate emotions to different situations. Psychopathy itself was measured with statements like "I don’t care if I upset someone to get what I want," and "I know how to simulate emotions like pain and hurt to make others feel sorry for me." Inmates who agreed with more statements were considered more psychopathic.

Although the scale was developed using prisoners, researchers write that the scale is meant to measure psychopathy in anyone, "regardless of [their] age, gender, cultural background, and criminal history." Despite the popular image of the violent psychopath counting down the years behind bars, people with psychopathy are more common in the general population than you might think; according to some estimates, they make up around one percent of the population — approximately as common as schizophrenia in the United States.

Today, the most widely used test for psychopathy is the Hare Psychopathy Checklist-Revised (PCL-R), which was published in 1991. As always, any psychological test is meant to be used by professionals, and agreeing with some items on the PCL-R or the PPTS doesn't actually mean you (or someone you know) have a psychopathic personality. In fact, I'd say people with psychopathic tendencies wouldn't spend time worrying about their potential for psychopathy — they're probably busy hanging out on Wall Street and befriending their exes.

But that doesn't mean it's not interesting to play around with psychological tests online, as long as you don't take the results too seriously. For those who are positively aflame with curiosity at this point, you can read all 20 statements at Indy100, and if you're interested, you can read the study itself here. May I also suggest a viewing of Silence of the Lambs to celebrate your results, whatever they may be?