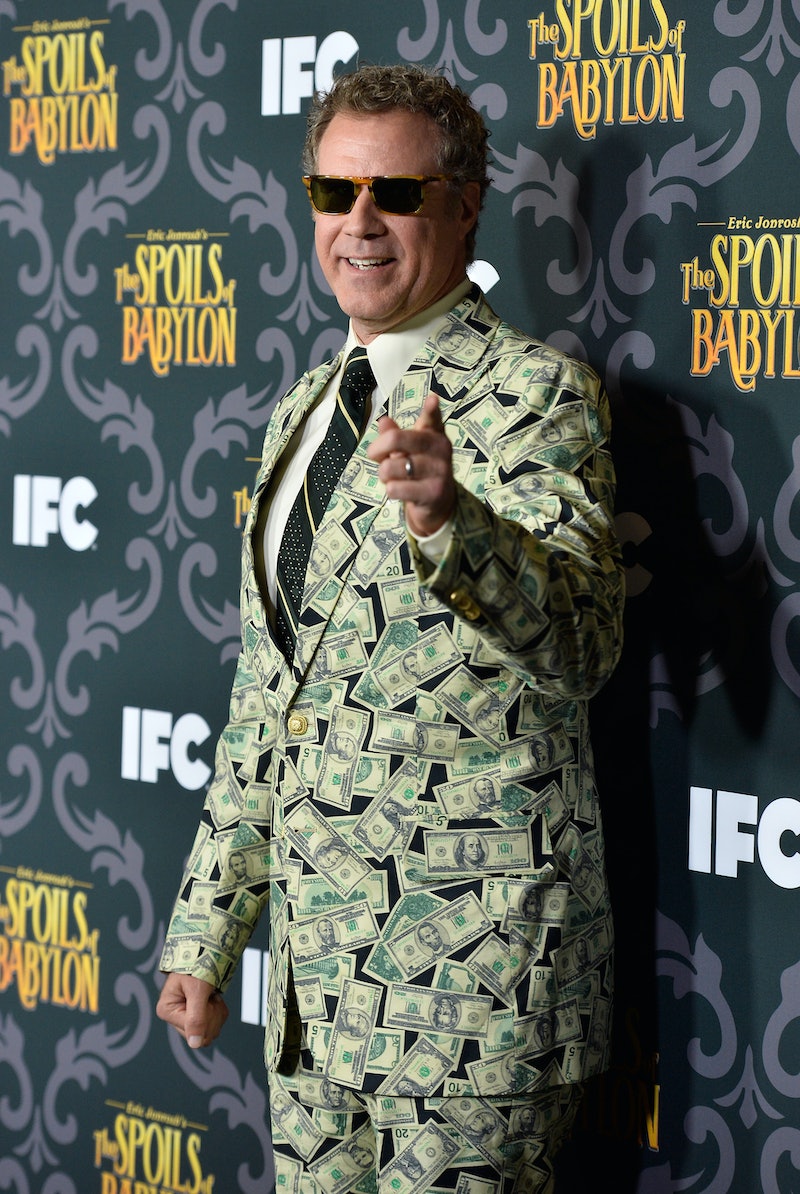 Everyone knows the fastest way to spread the word about a topic is to get it to "go viral," especially with an eminently shareable video — and that's just what happened with the issue of the ever-drying Colorado River when Will Ferrell and Robert Redford teamed up to make a PSA about it. The clip starts out like just about any other issue ad — soaring orchestral music, majestic Planet Earth-style tracking shots of landscape, as Redford calmly and thoughtfully lays out his case for the importance of reconnecting the Colorado River with the ocean.

However, just as the ad appears to come to a close, static fuzzes the screen and up pops Ferrell — sporting such auspicious titlecards as "William Ferrell, Recycler" against a notably cheesy green-screen backdrop — who cuts in to argue for an alternative approach. While Redford's proposal goes by the name "Raise the River," Ferrell insists on a backwards "Move the Ocean" strategy, and he goes on to offer several (preposterous) justifications for his method.

The comedy ante ups each time Redford cuts back in to play the diplomatic straight man to Ferrell's earnestly-voiced nonsense and even outright hostility: "Seek help, Will," Redford urges. "I'm hoping for your health, and so is America" — while Ferrell rebuts, addressing the veteran actor sassily as "Sundance" and insisting "You want people to listen to facts and science, and that's not what this is about."

So what is it about, then? "American ingenuity and pull-yourself-up-by-your-bootstrappedness," according to the comedian — but most of all, of course, it's about the Colorado River, and the number of people (myself included) who are now keyed into an environmental issue that wasn't getting too much national press. That, plus a Ferrell-supported cameo by pro-surfer Kelly Slater (because if we move the ocean, there'll be more surfable coastline, duh) make this piece of Internet marketing well worth a watch.

More like this
Courteney Cox & Jennifer Aniston’s Latest 'Friends' Revival Is Everything
By Darshita Goyal
Looks Like She Made It
By Lindsay Zoladz, Beau Grealy and Tiffany Reid
Lizzo Twerks While Playing James Madison's 200-Year-Old Crystal Flute Onstage
By Radhika Menon
Everything To Know About Taylor Swift’s 10th Studio Album, 'Midnights'
By Grace Wehniainen and Jake Viswanath
Get Even More From Bustle — Sign Up For The Newsletter