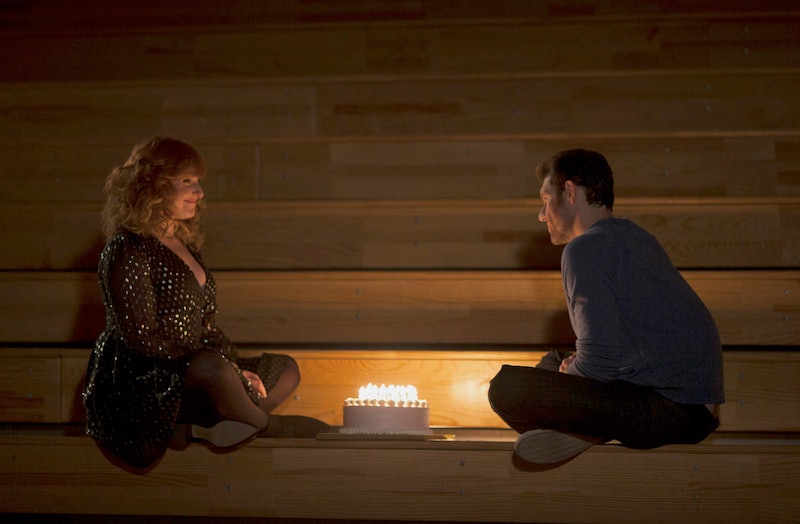 In the past two years, all of a sudden, my favorite sitcoms all seem to be summer shows — . One of those is the Hulu original series Difficult People, which not only employs almost every last one of my favorite New York City comedians, but is only getting better and better. Will Difficult People return for Season 3?

While Hulu has yet to announce a renewal or cancellation, I think that this is a pretty safe bet. Season 2 received excellent reviews. It's not a particularly fancy or expensive series, and there have only been 16 episodes in the two seasons. Not to jinx anything, but I can't see why they wouldn't want to keep the magic going — probably around July or August 2017.

What would I like to see in Season 3? I never want Julie and Arthur to break up, and I don't think they will — because I think it's intentional that this show is portraying a woman who doesn't have her life together in many ways, but has a loving boyfriend at the end of the day no matter what. Instead, Billy is the one searching for love. Perhaps they could get out of the city for an episode? The best way to tell a story about New Yorkers is to make them leave for a few days. Other than that, here's what I wish for, and what I expect to see if Difficult People returns for Season 3.

I know Julie Klausner was one of the special few who caught Duncan Sheik's bizarre and completely captivating musical adaptation of American Psycho. Since Klausner's run-in with fake Hamilton ticket scammers (and Lin-Manuel Miranda himself) made it into Season 2, I'm expecting some kind of nod to the show that ended up closing far too soon.

How has she not been on this show? See also: Bernadette Peters, Zachary Quinto, Rashida Jones, Christian Borle... my personal wish list goes on, and I'm sure that both Eichner and Klausner have some guest star dreams as well.

A girl's gotta 'ship, you know? While it was nice to see Billy dating around and meeting all kinds of wacky characters in Season 2, I would like to see someone stick around for a bit in Season 3. Maybe that cute tophat driver from the finale?

Jason Sudeikis As This Billy On The Street Character

Not to keep comparing Billy Eichner's other show to Difficult People, but I would watch an entire sitcom about guys who bro hard for Stephen Schwartz musicals and Veep. Crossover?

As a kid who grew up watching pretty much nothing but public television, Arthur is not only the boyfriend I didn't know I need, and I die at every one of his work-related storylines.

There's never enough of Billy's coworkers, but without a doubt, Cole Escola's marriage arc this season was one of my absolute favorite things. I also loved the hints that Matthew is obsessed Julie but she's the one thing Billy has that he never will. It's perfect! More please.

This show has dappled in Youtube stardom, podcasts, listicles, and other routes that comedians take to gain notoriety and be seen via the internet. There are so many more bizarre ways to become app-famous, and they're increasing by the minute! Whether Julie and Billy try livestreaming, attempt micro-vlogging on Snapchat, start an email newsletter, or try to get a parody Twitter account to go viral — I'm sure we'll see it, and lots more that makes us laugh, in Season 3.