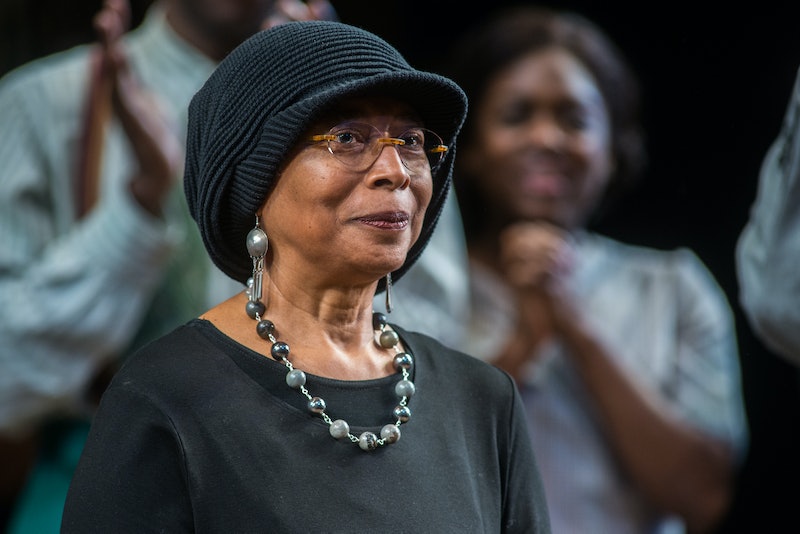 The most frustrating part of shopping at most bookstores is that the section of books by queer writers and about queer subjects is often made up of a single shelf. Queer feels are not new, which means there’s actually literary fiction that exists outside of the hetero-sphere. The six classics I've featured below — all of which feature LGBTQ characters and all written by queer authors — were probably never required by your high school English teacher, but they’re just as good as The Great Gatsby . Although, let’s be honest: the athletic Jordan Baker and delicate Daisy Buchannan were probably doing more than lounging when Nick Carraway found them in that white-curtained room. Even Truman Capote, who was originally commissioned to write the screen adaptation of the book, dreamed of Jordan as a lesbian.

Anyway, it turns out good writing is hard to erase, and that these classics have persisted through rounds of PTA-sponsored censorship and government scrutiny. It’s time for an adjustment to the canon, and there’s no reason not to start from the beginning. These six books are all LGBTQ classics — you probably just didn't realize they were:

1. The Price of Salt by Patricia Highsmith

Ayn Rand look-a-like and bisexual writer Patricia Highsmith wrote The Price of Salt, the story of a department store clerk who falls in love with an older divorcée. The twist? No lesbians were killed in the making of this novel (or its recent movie adaptation, Carol). Therese and Carol not only survive through the book, but also have a happy ending, where they presumably live together in Carol’s posh Upper East Side apartment until the end of time.

In Orlando, Virginia Woolf’s character of the same name mysteriously becomes a woman one night after going to bed, which is definitely one way to unlearn male privilege. Orlando doesn’t realize the magnitude of her new gender until she accidentally flashes her ankle at a sailor, who practically falls overboard at the sight. She (the pronoun used in the novel) holds salons with famous poets, evades proposals from a cross-dressing archduke, sleeps around, and generally astounds Europe with her progressive badassery.

Nightwood follows the characters that Robin, an androgynous bisexual, disposes of like Kleenex. This is appropriate, since there are quite literally tissues from broken-hearted lovers in her wake. Robin is also one of the first polyamorous characters to appear in English literature, although she takes on new partners on whim without consulting the others. Meanwhile, the Doctor, a transgender character who switches between him/her pronouns, advises Robin’s lovers and acts as a fluid spiritual guide.

Like A Separate Peace, but more gay. Like every coming of age story about young boys, Maurice Hall and Clive Durham meet at college following years at an exclusive boys-only prep school. The two pour over ancient Greek writings about same-sex couples, which kick starts a two-year romantic relationship between them. Clive later gets married to a woman and Maurice seeks conversion therapy. Maurice eventually visits a friend’s estate and hooks up with the under-gamekeeper a la Lady Chatterley’s Lover to fulfill the feelings he’s been trying to repress.

5. Our Lady of the Flowers by Jean Genet

6. The Color Purple by Alice Walker

The Color Purple is often lauded as a feminist novel about the platonic relationships between black women, but book summaries often skim over the fact that Shug Avery, friend and lover to the protagonist Celie, was bisexual. According to some, bisexual activist Michael Page designated purple as the color of bisexuals after combining the traditional blue (for boys) and pink (for girls) to make a bisexual Pride flag. The book’s title is practically a flashing neon sign of sexuality, although it’s clear the heteronormative canon has tried to dim its brightness.

More like this
30 Books To Read This AAPI Heritage Month
By K.W. Colyard
The 'Heartstopper' Blooper Reel Shows Why A Crying Olivia Colman Forgot Her Lines
By Alyssa Lapid
Jake Daniels Just Became The UK’s First Active Football Player To Come Out As Gay Since 1990
By Sam Ramsden
Target Dropped *Two* New Fashion Collabs With Queer-Owned Brands
By Dominique Norman
Get Even More From Bustle — Sign Up For The Newsletter