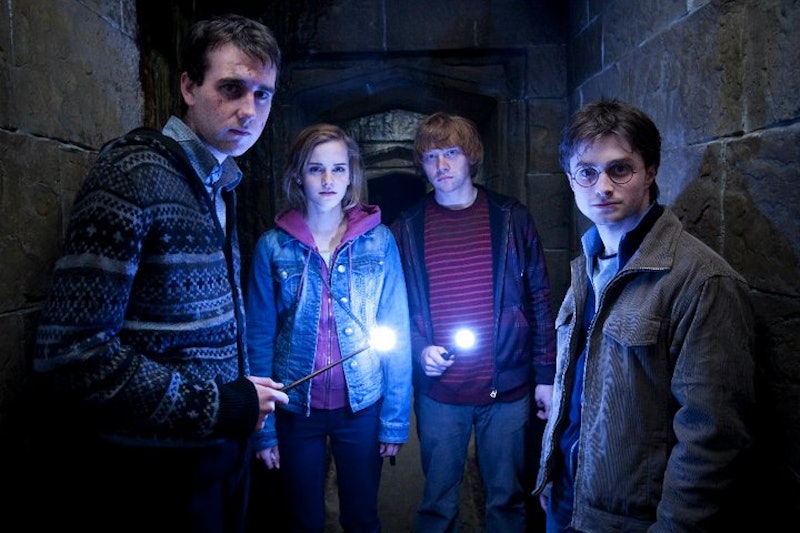 For most teens, sneaking around takes perhaps as much luck as it does skill, but that wasn’t the case in Harry Potter. The wizard and his friends didn’t have to work very hard to stay hidden because they had wonderful magical tools, like the invisibility cloak and Marauder’s Map. However, the ease of it all became a problem for author J.K. Rowling, eventually leading her to have the map confiscated from Harry by Barty Crouch, Jr., who was posing as Professor Moody.

The author discusses how problematic the magical device became in Hogwarts: An Incomplete and Unreliable Guide , one of her three new Harry Potter books. It had been useful to Harry, Ron, and Hermione over the years and books, but there came a point where she didn’t want Harry to have all of the secrets of Hogwarts on hand.

“The Marauder’s Map subsequently became something of a bane to its true originator (me), because it allowed Harry a little too much freedom of information,” she writes.

Nonetheless, she didn’t keep it out of Harry’s hands for long. After Crouch was unmasked, Harry reclaimed the map and continued to use it during the next three books. In retrospect, though, Rowling does feel that she could have done things differently.

“I never showed Harry taking the map back from the empty office of (the supposed) Mad-Eye Moody, and I sometimes regretted that I had not capitalised on this mistake to leave it there,” she writes.

It would have been interesting to see what would have happened if the map had fallen into another set of dangerous hands (like, say, Draco Malfoy’s), but Harry did need it during the next three books. The freedom of information that Rowling considered an issue in book four was later necessary; Harry used the Marauder’s Map to hold D.A. meetings, keep tabs on Malfoy, and, of course, moon over Ginny Weasley from afar. How else was he going to get up to no good?