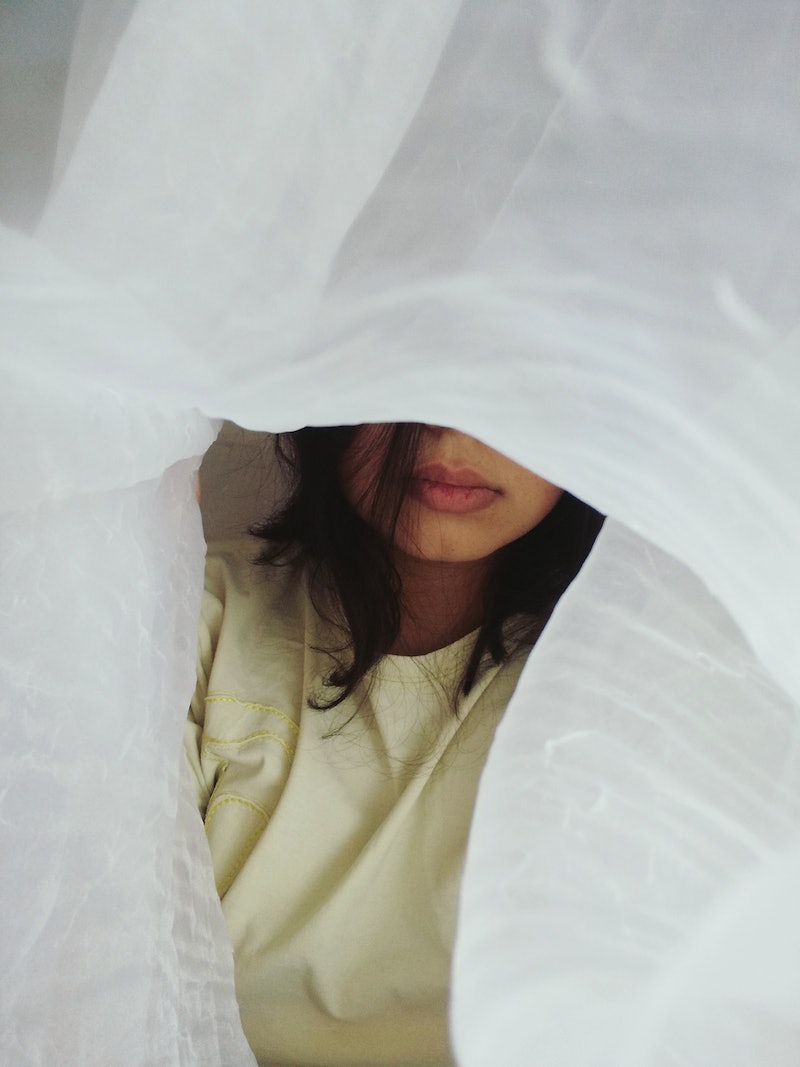 If you don't know anybody who has epilepsy, you probably tend to think of it in one form: big, dramatic seizures (usually brought on by flashing lights or brain tumors) that involve bodily spasms, loss of control, and falling out of consciousness. The reality, though, is much more complex. For one, grand mal seizures, as those used to be called (they're now known as tonic-clonic seizures), are less common among epileptic sufferers than you might think; the diversity of seizure types is big. And for another, the causes of seizures are often more opaque than obvious. A minority of seizures are connected to flickering lights, and many epileptic sufferers don't know why theirs happen at all.

It's estimated that about 50 million people worldwide have some form of epilepsy, which makes the importance of understanding seizures pretty vital. If you encounter anybody having a seizure, there are some crucial first aid tips to know. Don't put anything near their mouth; lie them on their side, in the recovery position; protect them from anything nearby that might hurt them if they collide with it; and stay with them until they're awake and able to register their surroundings again. Some epilepsy sufferers, as we'll discover, have some forewarning that a seizure is about to happen and will attempt to get themselves to a safe place. Either way, though, try to time the seizure; if it lasts for longer than three minutes, get emergency services on the phone, as that's abnormal and the person needs medical attention immediately.

Here are six things you should know about epileptic seizures, explained.

1. They're Caused By Electrical Disruption In The Brain

At any point, your brain is a hive of electrical activity: electricity is the method through which cells communicate, which is why we can measure brain activity through electrodes on the skull that pick up on electrical pulses. In an epileptic's brain, that electrical activity suddenly surges, like a power surge that puts out all the lights in your house. The Epilepsy Society explains that the surge appears to happen when large amounts of neurons have disrupted activity simultaneously, but we're still in the dark (pun intended) about how precisely the mechanism behind seizures works. We know, from observing epileptic seizure brain activity as it happens, that it involves "sudden, disorderly discharges of interconnected neurons in the brain that temporarily alter one or more brain functions," as the Society of Neuroscience defines them; but how they happen and why is still unclear.

2. ... But Seizures Can Also Be A Total Mystery

In a large amount of epilepsy sufferers (the Mayo Clinic estimates that the number may be about half), no real cause can be found for their epileptic condition. In others, the causes tend to be divided into two: The Epilepsy Society outlines them as genetic, where a parent has epilepsy or something abnormal has happened in the person's genetic makeup, and symptomatic, where the seizures can be traced to something concrete like a brain injury, infection, strokes, tumors, or other issues affecting the physical brain. Genetics aren't as indicative as you might think, though; statistics indicate that only two in 100 children with epileptic fathers develop epilepsy themselves, while five in 100 children with epileptic mothers will develop it.

3. There Are Two Distinct Types Of Seizures

Within the diagnosis of epilepsy, there's quite a lot of complexity. There are two "types" of epileptic seizure, partial (or focal) and generalized, and within those two there's even more diversity. Focal seizures, according to the National Health Service, are so-called because they hit "focal points" in the brain, disabling small areas of it, while generalized seizures hit most or all of the brain matter. Focal seizures can be either simple or complex, involving either a fully-conscious experience or one in which you "black out," respectively.

It's generalized seizures that have the most variety, though. They can take the form of absence seizures, where you essentially disconnect from the world around you for up to 15 seconds; myoclonic seizures, which leave you conscious but prompt your body to jerk rapidly; atonic seizures, where you suddenly drop to the floor because all your muscles relax; and the one that fits the public perception of epilepsy, the tonic-clonic seizures. Epilepsy organization Epilepsy Action explains that tonic and clonic reference two different stages in the seizure. "During the tonic phase, you lose consciousness, your body goes stiff, and you fall to the floor. You may cry out," they say. "During the clonic phase, your limbs jerk, you may lose control of your bladder or bowels, bite your tongue or the inside of your cheek, and clench your teeth or jaw. You might stop breathing, or have difficulty breathing, and could go blue around your mouth." Some people have tonic phases without clonic ones.

4. Triggers Don't Cause Epilepsy, But May Make Seizures More Likely

The flashing light warnings on video games don't actually cause epileptic conditions in people who've never had them before; playing too much of them won't cause epilepsy. Triggers like the flashing lights also aren't universally problematic for epilepsy sufferers; what might set off a seizure depends heavily on the individual. Epilepsy Action's list of the most common ones includes not taking anti-seizure medication, missing meals, having your period, stress, alcohol, and tiredness. Only people with photosensitive epilepsy are sensitive to flashing lights, and they make up only three percent of all epilepsy sufferers.

5. Most Seizures Have A Beginning, Middle, And End

In the literature, the middle and end of seizures are called the ictal, and post-ictal phases. The ictal part is when the seizure is actually happening, up until the end of the symptoms; the post-ictal phase is what happens afterwards (some people immediately fall asleep, others are groggy, others can get on with their day immediately). For some, though, there's a distinctly obvious "beginning" phase too, with what the Epilepsy Foundation describes as either "prodrome" or "aura" phases. Prodromes are alterations in feeling or behavior leading up to a seizure that can warn that one's on the horizon in the next day or so, while auras happen just before the seizure actually happens and can actually be seizures on their own.

For some, the experience of epilepsy is utterly debilitating. Seizures are, however, seeing an interesting new possible targeted medication: one derived from cannabis. Before you get worried, the new meds emphasize the cannabidiol in cannabis, not the THC, which is what gets people high. And they're causing a stir: a 2015 piece in WIRED by Fred Vogelstein about the rapid improvement of his son, who at one point was having up to 68 absent seizures a day, on a cannabidiol was a sensation.

It's not all hype, either. Scientific American reported in January 2016 that a new study of 162 seizure patients given cannabidiol alongside their other meds had shown cannabidiol was at least as effective as current seizure medications, with minor side effects (which are often the big problem for serious seizure sufferers). There's still a lot of work to be done (the January study didn't use cannabidiol on its own, which might be the next step), but this might be a promising new treatment.

More like this
How To Fight For Reproductive Rights, Based On How Much Time You Have
By Courtney Young
Michigan’s Governor Is “Going To Fight Like Hell” To Protect Abortion Access
By Andrea Zelinski
6 Abortion Advocates To Follow On TikTok
By Sara Youngblood Gregory
How To Protect Your Digital Privacy If You Need An Abortion Post Roe v. Wade
By Kaitlyn Wylde
Get Even More From Bustle — Sign Up For The Newsletter