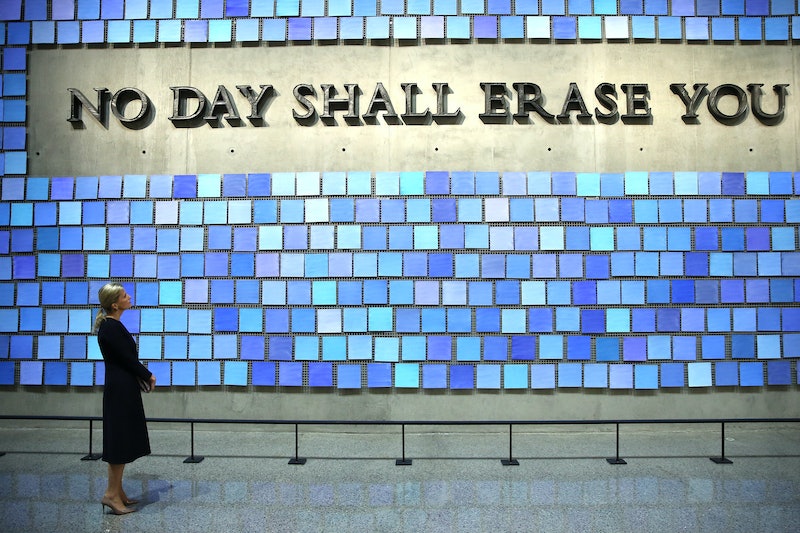 The House of Representatives passed a controversial bill this week that will allow Sept. 11 victims' families to sue Saudi Arabia, under the pretense that the country is responsible for the attacks. Countries with ties to terrorism will no longer be able to invoke sovereign immunity in court, opening up the pathway for lawsuits. The vote was scheduled for the same week as the 15th anniversary of the attacks, so it inevitably has been on everyone's radar (including the Obama Administration, which planned, unsuccessfully, to veto it). But there's another bill that could help 9/11 survivors and victims — the James Zadroga 9/11 Health and Compensation Reauthorization Act — that deserves just as much attention.

The Zadroga Act made headlines last year when former Daily Show host Jon Stewart championed for its renewal. The Act provides health care to first responders and other victims of the Sept. 11 attacks, offering medical testing and treatment for ailments such as cancer and respiratory diseases. Though an estimated 33,000 people had developed 9/11-related illnesses in the years following the attack, the Zadroga Act was notoriously underfunded, and until last year, it was threatened to be cut entirely. But thanks to the hard work from activists and Stewart's bully pulpit, the act was renewed and extended for an additional five years, adding an additional $4.6 billion to the survivors' monetary fund.

However, the bill will be up for another debate in 2020. The Citizens for the Extension of the James Zadroga Act group is already hard at work trying to ensure that the bill does not have to jump through the same hoops in 2020 as it did for its 2016 renewal.

You can support the organization through a variety of ways. On their website, they offer the ability to become a member of their 501(c)(4) organization, donate to the group, and contact your member of Congress to see if they will support the act again in 2020.

With the Saudi Arabia bill acting as the primary focus on this anniversary of the attacks, it's important to look at ways that can directly benefit the survivors and victims' families. The Zadroga Act is one of those ways.