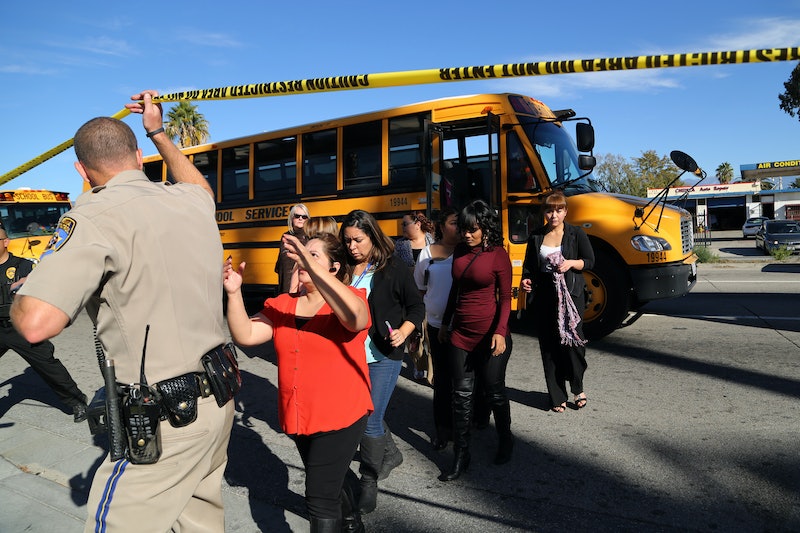 On Thursday morning, at least one person was shot at a Texas high school in western Texas. The individual was transported to a nearby hospital early Thursday, though their condition remains unknown as of this time. An early report suggested that two shooters were on the loose, however, the initial shooter was reported dead, according to ABC News. Alpine High School, where the shooting was reported, was placed on lockdown, according to CNN. Other schools in the district were also placed on lockdown following the initial report.

The sheriff's office received the alert of an active shooter situation around 9 a.m. local time, and students started being evacuated from the school around 9:45 a.m., the San Antonio Express reported. The New York Daily News noted that the shooter was a female who shot and wounded another female before fatally shooting herself. A law enforcement source told ABC News that initial reports suggest the shooting occurred in a school bathroom. An officer was also shot accidentally, Brewster County Sheriff Ronny Dodson told ABC News.

One junior student of the high school who remained anonymous recounted to CNN that the day had just started when a teacher outside the classroom yelled to "get in the classroom." The student noted, "My teacher ... yelled to everyone to get into the closet. We heard someone yelling and running down the hall. We all started crying. There was blood on the floor in the cafeteria that I saw when we went past it on our way out of the school. One of the officers told us to keep our hands up and run out of the building, so I only saw the blood quickly."

There is no minimum age in Texas to possess a firearm, though Texas law prohibits the possession of a firearm on school property, specifically grades k-12.

Alpine is a small town in western Texas with a population of nearly 6,000 people. The school district where the shooting took place has nearly 1,000 students, according to the New York Daily News. Alpine High School is the only high school in the town.