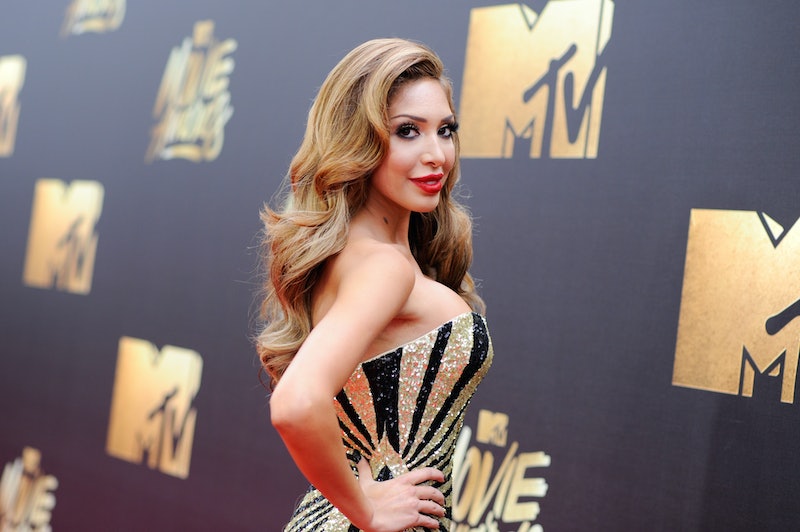 Patti Stanger has built an unlikely TV empire with her strong opinions about what rich people should do in order to find love, and her current WEtv series, Million Dollar Matchmaker, is no different. Simply put, it aims to help celebrities figure out why their relationships have so many issues, and help them find new love. And out of the pairs that were put together over the course of Season 1, though, it's worth wondering: are any of the Million Dollar Matchmaker couples still together? Since the show was about the individuals growing and learning more than specific couples staying together, some of the successful dates may have not blossomed into full relationships — but overall, I think Stanger's advice really did help most of the people featured on the show's first season.

Because as tough as she can be, she does seem to understand one group's dating needs very, very well: famous people. And after 10 episodes, I think her batting average with them was pretty good. But of course, it wouldn't be a Stanger show if there weren't a few times where she angrily kicked some members out of the Millionaire's Club — so even the "failed" relationships of the season could conceivably be considered overall positives. Either way, here's what happened to the formerly lovelorn Million Dollar Matchmaker contestants since the season finished airing.

The famous "Hello Kitty" millionaire, who's now returned thrice for Stanger's advice, was kicked out yet again after refusing to listen to the rules. But, based off the above, it looks like she's at the very least, found a guy to hang out with for a few dates recently, so maybe Stanger was able to help her out.

J. Lo's ex was able to overcome his unlikeable, objectifying exterior in order to manage a normal date with Morgan. It doesn't look like the couple are still together, but even in the course of a TV episode, Ojani was able to admit that he needed to change his attitude in order to successfully date.

The Bachelor series' resident waterworks factory of course had a few crying jags while sitting on Stanger's couch, but ultimately, she chose one of the two guys Patti presented. Ashley might not be engaged now like the rest of her BiP costars, but she did manage to get through the whole date without crying.

Dakota wound up picking Ally in the end of the episode, and while it surprised Stanger, it turned out that she helped draw him out of his shell. However, according to WEtv's post-episode breakdown, Dakota successfully started a relationship with Lenisa, his other date option.

She was kicked out of the club in her episode, and clearly, her aloof attitude ground Stanger's gears, because the matchmaker had a total freakout. However, it looks as if Bright was able to find someone she calls her "handsome love" in a tweet, so power to her.

This chef had a brief stint on his own Bravo series, so he was comfortable in front of the camera — until it came time for him to focus on dating instead of on his career. But post-Million Dollar Matchmaker, it looks like Roblé may have a new relationship with model Jayden Robison... or, he's at least making time to meet new people outside of work.

Anna Lisa experienced the catharsis of a successful match on the show, but since she keeps things pretty private on social media, it's pretty unclear if her match with Jeff lasted. Since she's been the single, serially dating career gal for so long, maybe it was hard to go from zero to a full relationship immediately?

Stanger did not go easy on her friend, and she rather aggressively told him that he needed to broaden his horizons from dating strictly younger guys. It looks like he's still single, but maybe he's decided to start looking for a potential match in a broader age range.

He successfully matched with Melanie, but this mild-mannered dad is still raising his daughter in Idaho, so it would take a lot to keep this casual relationship going long-distance. I'm hoping for the best, but it's very possible he's applying those skills to a new relationship.

Well, she wound up getting back together with Simon Saran, her longtime boyfriend, then breaking up with him again during the current season of Teen Mom OG. The two are clearly still involved in their on-again, off-again relationship. She's also still capitalizing on the fame she's gained, rather than walking away from everything as Patti suggested.

The plastic surgery king didn't luck out on the show, but maybe he's learned to be less self-centered since.

A string of broken engagements usually means someone isn't serious about love, but in Claudia's case, it was hiding emotional trauma. Hopefully, her relationship with Chris is helping her move on.

He was successfully paired with Bette, and they happily drove off into the sunset together at the end of the episode — but hopefully Gallant was able to absorb Patti's advice to stop making lame, semi-offensive jokes.

She had a total personality transplant from the beginning of the episode vs. the end, proving that Stanger's intense, dating by immersion method can work for some people. Unfortunately, the relationship didn't last, because as Inge wrote on Facebook, "dude never called."

Her match on the show worked out for the weekend, but it doesn't look like this relationship lasted permanently. However, Traci's attitude and her willingness to look at her flaws were super charming.

Against all odds, because he was incredibly picky at the start, Derek and his match Sarah are reportedly still dating, according to WEtv.

These two millionaires wound up choosing one another, even though they're totally different. And yet, somehow, their relationship still seems to be going strong as of a week ago. That's probably the biggest success story of the season — I guess Million Dollar Matchmaker can bring people together.

Hopefully, if Season 2 does happen, the couples will have better luck.