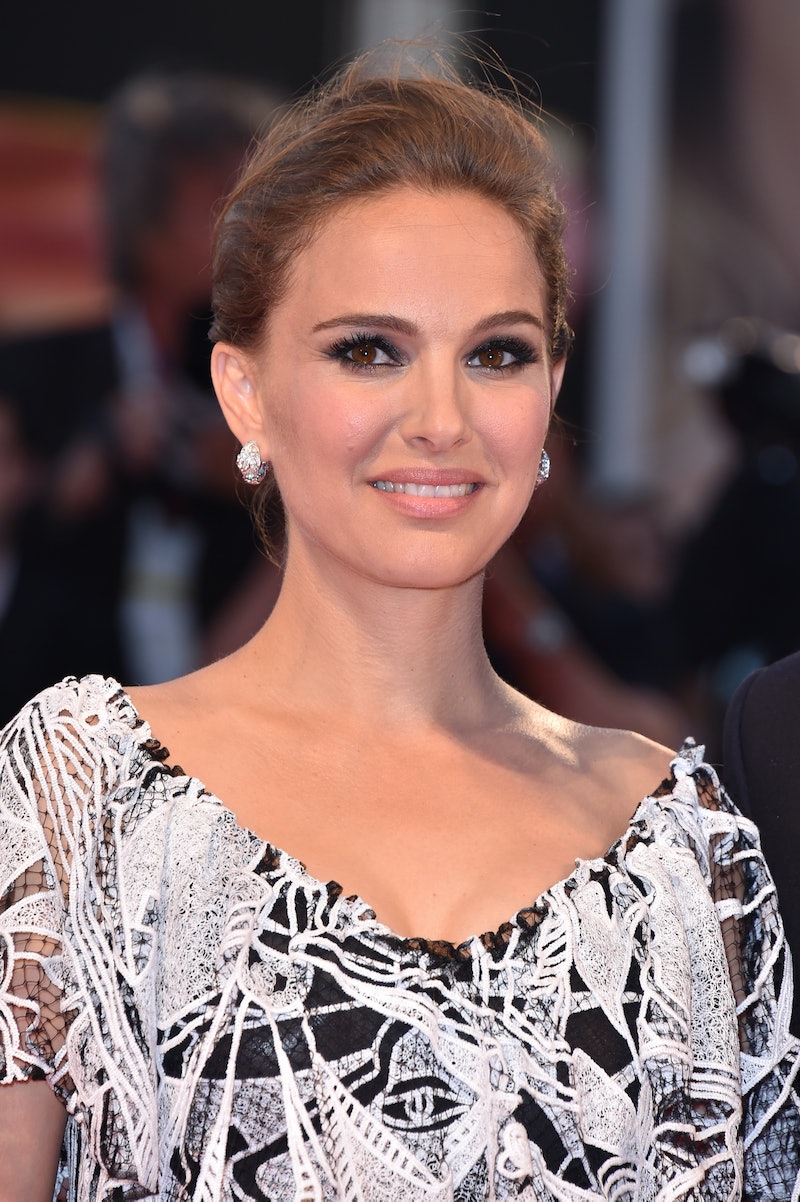 Well, here is some exciting news. According to Us Weekly, Natalie Portman is pregnant with her second child with husband Benjamin Millepied. She has yet to confirm the news herself, but based on photos of the actor at her Thursday premiere for Planetarium in Venice, Italy, Portman appears to have a baby bump. Bustle has reached out to Portman's rep for comment, but did not receive an immediate response.

According to Us Weekly, apparently, while at her event the 35-year-old star was also walking around "rubbing her belly" on the red carpet. In June 2011, Portman gave birth to her first child, a son named Aleph. The same time as when she announced her first pregnancy, the Oscar winner also revealed she was engaged to Millepied giving fans two pieces of major news at once.

Portman is one celebrity who stays pretty low-key and isn't one to make headlines, especially when it comes to her personal life. So, it's hard to say if she will ever confirm the reports herself. For now, she's just enjoying her time in Venice, premiering her new film, and looking stunning on the red carpet.

And if she is actually pregnant, I'm sure Aleph will make an amazing older brother.

More like this
Is Megan Fox Pregnant? MGK Gave A Shout-Out To Their “Unborn Child” Onstage
By Hugh McIntyre
Meghan Markle Brought Flowers & Donations To The Uvalde, Texas Shooting Memorial
By Grace Wehniainen
Jennifer Aniston Joked About Ending 'Friends' With Therapy & Divorce
By Grace Wehniainen
The Grey's Anatomy Season 18 Finale Finally Revealed If Japril Got Back Together
By Brad Witter
Get Even More From Bustle — Sign Up For The Newsletter