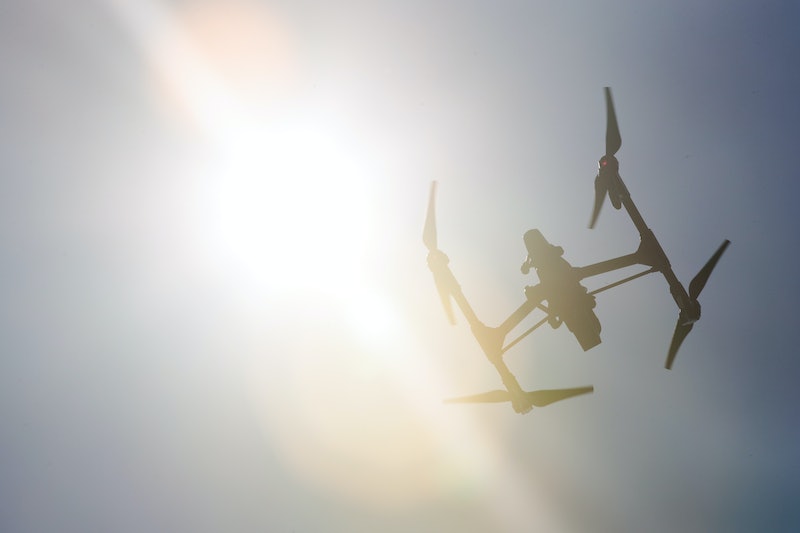 Chipotle has some great news for anyone in the Virginia Tech area who loves a good burrito. According to Bloomberg, Chipotle burritos might be coming to your dorm room soon if you attend Virginia Tech because the company is teaming up with Project Wing, a Google-affiliated company, to deliver burritos with drones. While I'm sure plenty of people would be excited about the potential for drone-delivery Chipotle burritos, I'm also pretty sure that flying burritos are Donald Trump's worst nightmare.

The Republican nominee has made problematic statements over the course of his campaign that have targeted various communities, including the U.S. Latino community and immigrants coming to the United States from Mexico. Central to Trump's campaign platform since he first announced his White House bid in June 2015 was his plan to build a wall along the U.S.-Mexico border and make Mexico pay for it. This is because, according to Trump, "When Mexico sends its people, they're not sending their best," which is why there is a supposedly dire need to build a wall along the border.

Just a quick side note: There is already a border fence, according to Department of Homeland Security officials who told PolitiFact in 2011 that 649 out of 652 miles of fencing had been completed. Regardless, the Latinos for Trump founder, Marco Gutierrez, said on MSNBC in early September that a vote for Clinton is basically a vote for "taco trucks on every corner." I'm confused — is that supposed to be a bad thing? Throw in some flying Chipotle burritos and you've definitely got a nightmare situation for Trump.

The college's president, Tim Sands, released a statement on the flying burritos: "Last year while discussing the entrepreneurial spirit at Virginia Tech, I jokingly speculated we might one day have quadcopters delivering ramen noodles around campus -- apparently I wasn't off by much." CNN Money reported that the flying burritos will be starting testing on Virginia Tech's campus soon, with delivery trials getting started later in the month. But they'll be delivered to a specific closed location, so Trump doesn't have to worry just yet.

On a serious note, though, at the national level, Trump is currently polling at nearly 43 percent, just a few points behind his Democratic counterpart Hillary Clinton who is polling at 45.6 percent, according to a RealClearPolitics average. There has to be a more effective way of stopping Trump from reaching the White House than with taco trucks and flying burritos. But for now, that might be our only hope.