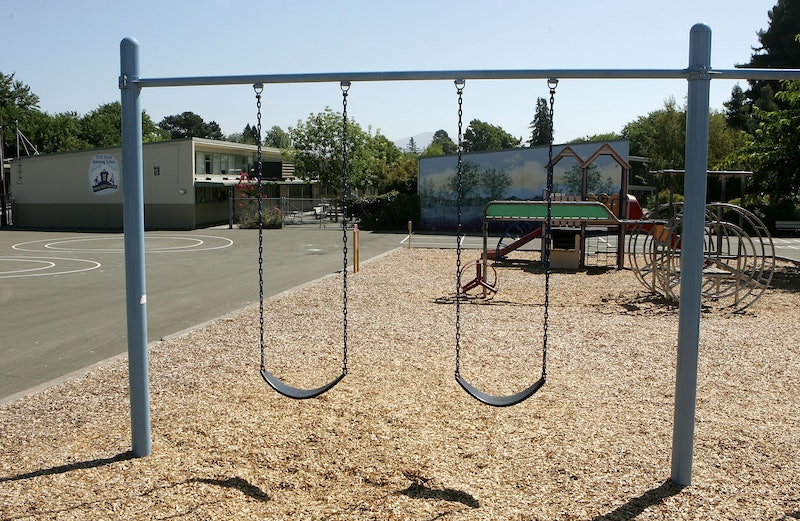 The chilling ransom note that JonBenét Ramsey's mother, Patsy, said she found on the morning of Dec. 26, 1996, is one of the many elements to this frightening case that still remains a mystery. The two-and-a-half page handwritten letter, which demanded that John Ramsey, JonBenét's father, withdraw $118,000 and leave it in "a brown paper bag" if the Ramsey family wanted their daughter "to see 1997" was looked at with some skepticism by a number of forensic experts. And these photos of the JonBenét ransom letter show just how disturbing this must have been for the Ramsey family.

The letter, which Patsy told a 911 dispatcher about just before 6 a.m. on the day of her daughter's disappearance, has continued to have its authenticity questioned. And questions about the letter have again been raised in at least one of the several docuseries being released this month to mark the two decades that have passed since 6-year-old Ramsey was found murdered in the basement of her Colorado home.

In the upcoming CBS docuseries The Case Of: JonBenét Ramsey, criminal experts, including a former FBI profiler and behavior analyst with the London police force Scotland Yard, question the ransom note, and the former FBI profiler goes as far as to claim that the note "was clearly staged."

One of the main reasons these experts suggest this reportedly comes from some crucial evidence used in the case: The pen used to write the ransom note, for instance, is believed to have come from the Ramsey home, and the note is also believed to have came from Patsy's notepad. However, while the parents and the Ramsey family were initial suspects in the case, they were never indicted for the death of JonBenét and they were eventually cleared.

If an intruder left that ransom note, experts also debate over whether the note would have been written and left after Ramsey was already murdered. Forensic experts, including Donald Foster, a literature professor at Vassar College who has been considered by some to be a "forensic linguist," also found some overlaps between the ransom note and the writing style of Patsy Ramsey. However, not only were the Ramseys cleared of the crime, but Boulder County District Attorney Mary Lacy also publicly apologized to the Ramsey family for the difficulties and hardships the investigation presented for the family.

The Ramsey case is still considered an ongoing investigation, and the cold case, as well as the ransom note, will most likely remain in the public eyes as the several networks airing docuseries focus a spotlight on the horrific murder of the young beauty queen.