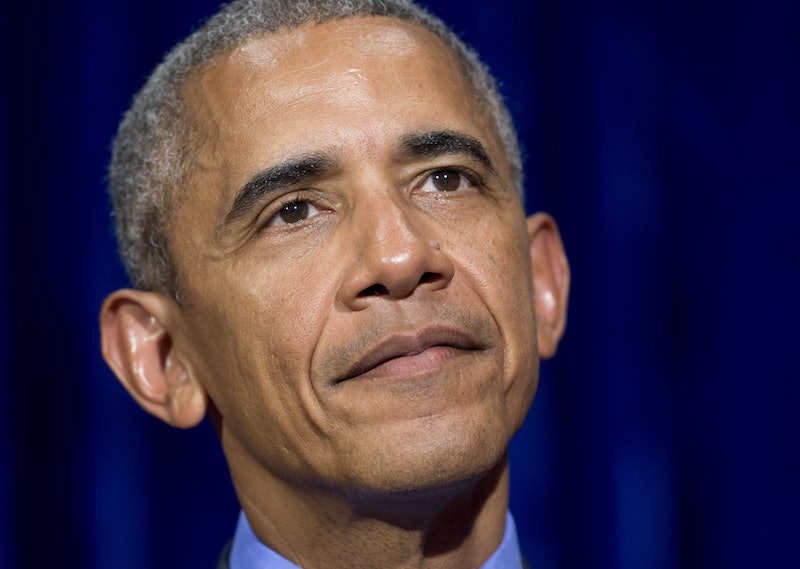 He swears it’s a compliment: A biology professor in Indiana has named a parasite after Barack Obama. Thomas Platt discovered the new species of flatworm shortly before retiring, and in a paper published in the August issue of The Journal of Parisitology, he gave it a name: Baracktrema obamai. Platt said that the flatworm reminds him of the nation’s 44th president, but not in a bad way.

“It’s long. It’s thin. And it’s cool as hell,” Platt said of Baracktrema obamai in an interview with the Associated Press. He said that he “hold[s] them in awe and with phenomenal respect,” and that the the worms are “phenomenally incredibly resilient organisms.”

Platt, who has discovered more than 30 new species in his career and happens to be a very distant relative of the president, promised that he didn’t mean any disrespect. “This is clearly something, in my small way, done to honor our president,” he told the Associated Press.

Baracktrema obamai is 2 inches long but as thin as a hair (hence the “long and thin” comment), and it lives in the blood of turtles. Though parasites in general have a bad reputation, this particular one doesn’t cause any harm to the host creatures it inhabits.

This isn’t the first creature to unwittingly take its name from America’s 44th president. Aptostichus barackobami, also known as the Barack Obama trapdoor spider, was identified and named in 2012. That same year, paleontologists at Yale named an extinct lizard “Obamadon gracilis;” their reasoning, according to one of the scientists, was that “the lizard has these very tall, straight teeth and Obama has these tall, straight incisors and a great smile.” Obama also has a fungus, a mountain, and many schools named after him.

Nor is Obama the first American president to have an organism named after him: There’s a slime-mold beetle named after George W. Bush. Quintin Wheeler, the scientist who named it, also named species after two members of Bush’s administration, Dick Cheney and Donald Rumsfeld. He told the Cornell Chronicle that he did so out of respect, because he and his team “admire these leaders as fellow citizens who have the courage of their convictions and are willing to do the very difficult and unpopular work of living up to principles of freedom and democracy rather than accepting the expedient or popular.”

Obama will hand over the keys to the White House in January, but his legacy will live on: Long after he’s out of politics, a parasite bearing his name will still be infecting the blood of turtles everywhere.