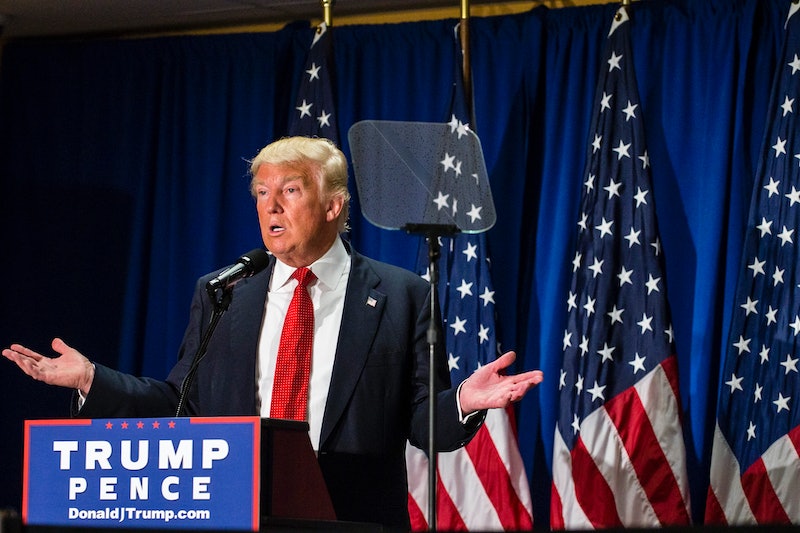 For all of his successes in this campaign, Donald Trump has not been able to win over Minnesota. The Minnesota branch of the Democratic Party, called the Minnesota DFL, filed a petition with the state’s Supreme Court on Thursday to have Trump’s name removed from the Minnesota ballot in November, arguing that the process by which the state GOP nominated Trump was in violation of state law.

But Minnesota Democrats aren’t the only ones in the state taking issue with Trump. The week before, the chair of the Minnesota Republican Party said that Trump posed a “huge risk” to the country, and could potentially become a dictator-esque leader if elected president.

“I think it’s a huge risk,” Keith Downey, who is nonetheless supporting Trump, told journalists on Friday. “That we could conceivably have a candidate who we don’t know that well and might go in and try and install a bit of an imperial presidency on their own. Do we really know where he’s gonna land on all of his policy provisions?”

A year ago, the St. Paul city council passed a resolution condemning Trump’s “anti-Muslim, anti-refugee and anti-Immigrant comments.” Minnesota was one of the few states that Trump did not win in the primaries, and in August, a Trump fundraiser in Minnesota was mobbed with protesters.

It’s unclear exactly why the North Star State is so skeptical of Trump. But it does bring to mind a little thing called “Minnesota Nice.”

The state and its residents have a long had a reputation for valuing friendliness, civility, and basic respect. Not long ago, an article in the local Star Tribune touted the state’s “natural aversion to conflict and confrontation” and “confounding resistance to change.” The state’s chipper demeanor was a central focus of the film Fargo, and some have traced these attitudes back to the the state’s Scandinavian founders.

Whatever the reason, Minnesota values all of the things that Trump isn’t. Trump isn’t averse to conflict and confrontation. He thrives on conflict and confrontation. And he isn't always civil: During the primaries, he insulted the physical appearance of Rand Paul and Carly Fiorina, and called Ted Cruz a “weak little baby.” The New York Times has a helpful list of the other insults Trump has hurled during his time in the political sphere.

In short, Trump is the opposite of Minnesota Nice. That’s probably why, according to FiveThirtyEight, he has just a 20 percent chance of winning the state in November. Trump has many political skills, but his essential nature as a candidate and person appears to be anathema to Minnesota. Getting his name on the state’s ballot is the least of his problems.